Co-leader after 3 rounds, Tony Finau finishes 4 shots back at The American Express 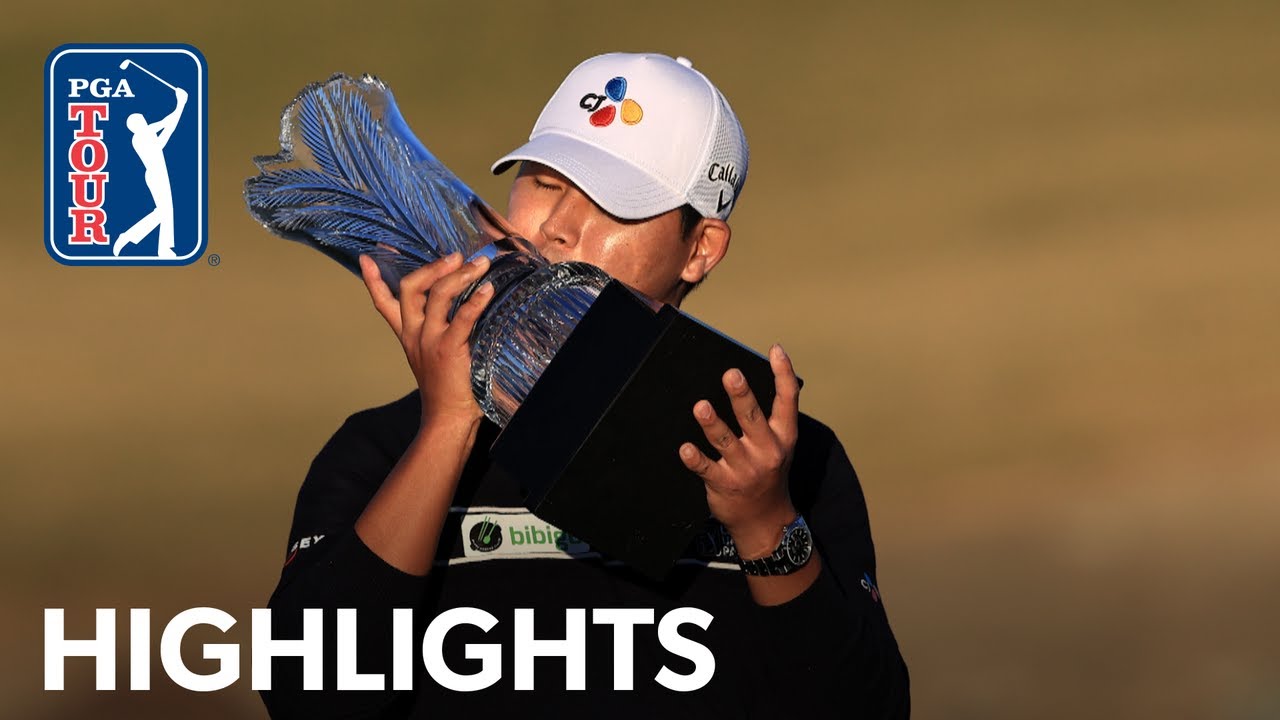 SALT LAKE CITY — Tony Finau entered the final round of The American Express at PGA West with as good a chance as any at his first full-length PGA Tour win.

Only one of them was in contention of Si Woo Kim on the final hole.

Kim held off Cantlay by one stroke with a four-day total of 23-under-par 265 Sunday, and Finau finished four shots back for fourth place at The American Express in La Quinta, California.

The Rose Park native shot 4-under-par 68 in the final round, finishing the tournament with a four-day total of 19-under 269.

"A couple of those guys just went really low today," Finau said after Sunday's round. "I had some opportunities to shoot a number. But man, I'm kind of leaving today pretty encouraged. I played nicely. I've been working on some things in my golf swing, changed up the putter this week, some positives for me and I like where the game's at.

"It's real early in the calendar year. I didn't play very good in Maui, so this is actually pretty encouraging for me."

Finau will play at Torrey Pines next week, the site of the 2021 U.S. Open, where he will search for his first tour victory since 2016.

Finau has opened 2021 much like the last few years of his career. He's put together three top-10 finishes in six events, but continues to search for his first victory since the Puerto Rico Open four years ago.

And he kept pace with the leaders with three birdies on the front nine, then briefly tied for the lead with a birdie on the par-4, 406-yard 10th hole.

Within a few minutes of the Salt Lake native's birdie, Kim dropped his fifth birdie of the day on that same No. 10, going 5-under through 10 to maintain a one-shot advantage on a group that included Cameron Davis, Finau and Cantlay, who shot a course-record 11-under over the final 18 after starting the day tied for 13th and made the 36-hole cut on the number.

"I played really well yesterday and I just carried that momentum over to today," Cantley said. "And I thought the greens were a little softer, maybe, today than they were the first couple days, and so a good score was out there. I played about as good as I could possibly play, just a shot short."

While Kim and Cantlay were taking advantage of the easy-birdie final round, Finau was treading water.

The Rose Park native took a penalty on his second shot at the par-5, 600-yard 11th, then missed a three-foot par putt that dropped him to 18-under and three shots back with seven holes to play before pulling one back on the par-4 18th.

Finau was on fire in the opening rounds, carding back-to-back 68 and 66, with three bogeys to 13 birdies to open the tournament.

But the Rose Park native who turned pro as soon as he graduated from West High at 17 never found the same magic on a day when Cantlay, Kim and Davis combined for 27 birdies in three bogey-free rounds.

"Fortunately for me, I've had a lot of opportunities, so hopefully everything that I've learned I'm going to bottle up," Finau said after Saturday's third round. "I'm a competitor, I've won at every level. I would be lying if I said it doesn't sting to not have another (championship)."

Finau will keep grinding, and keep working for that next win, though.

On Saturday, Finau admitted "it's tiring" being asked when he'll finally win again. But nothing sounded tiring when Finau walked off the Stadium Course on Sunday.

"Usually when I walk off the 72nd hole, I have a pretty good sense of how long it's going to sling," he said. "I'm pretty encouraged right now. I've been working on some ting sin my golf swing and I was able to hit a lot of good shots this week, so I know I'm heading in the right direction.

"I've said before, I feel like I've got to get a little bit better to win again and I think I am. So it's an encouraging week on a lot of levels. Another crack at Torrey Pines next week, a place I've had a lot of success, will be good."