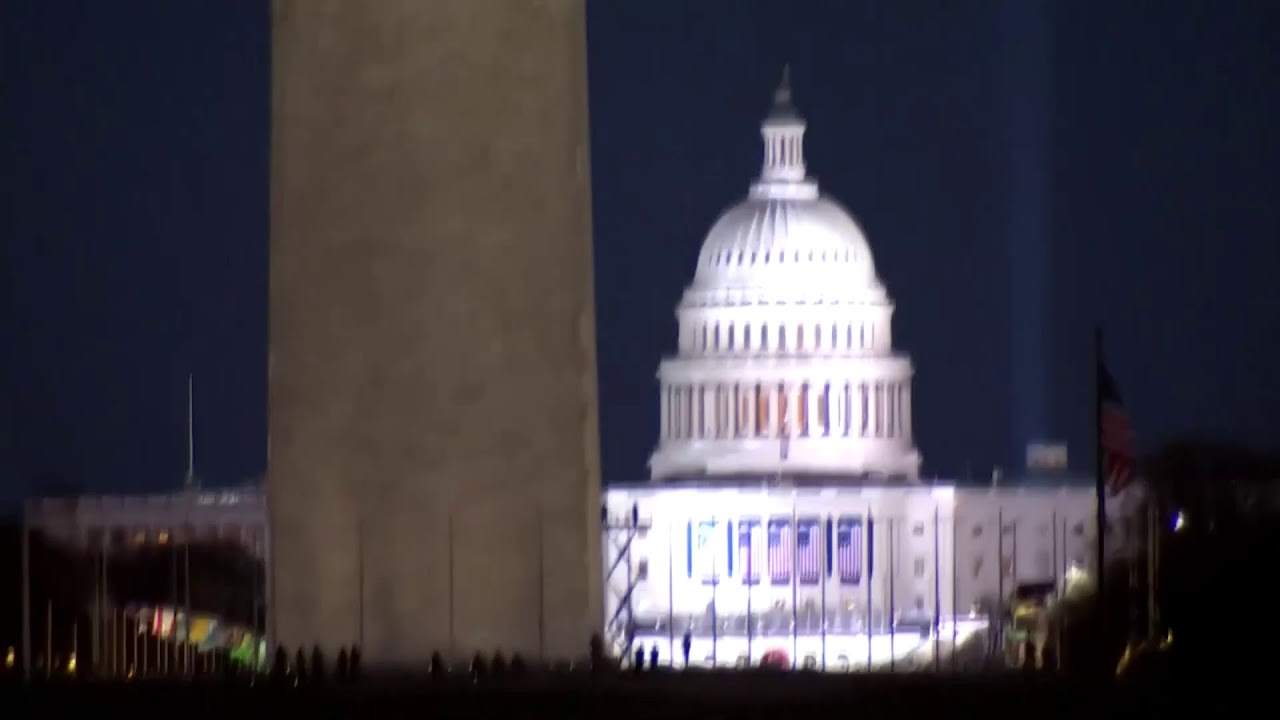 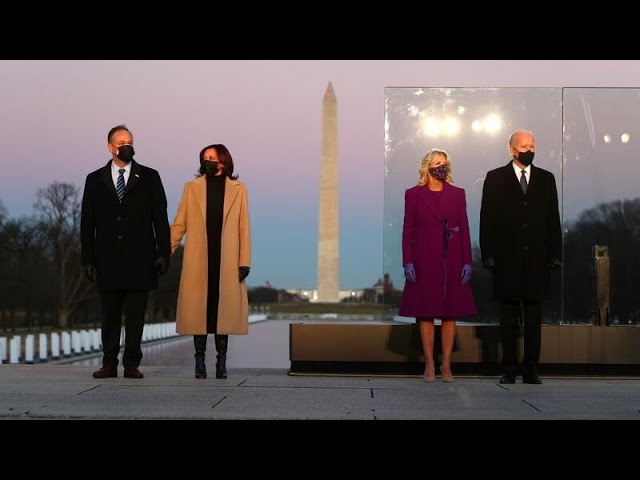 WASHINGTON (Reuters) — President-elect Joe Biden on Tuesday led a national memorial observance on the eve of his inauguration to honor the 400,000 Americans who have died from COVID-19 during the 11 months since the novel coronavirus claimed its first U.S. victim.

The sundown commemoration came hours before President Donald Trump was due to leave the White House for the last time and hand over a country racked by the greatest public health crisis in a century, economic devastation and violent political upheaval.

Ceremonies spearheaded by Biden and Vice President-elect Kamala Harris from the base of the Lincoln Memorial marked the federal government's first official nod to the staggering death toll from the pandemic.

"To heal, we must remember. It's hard sometimes to remember, but that's how we heal. It's important to do that as a nation," Biden said to kick off a tribute that included observances in cities across the country.

As he spoke, 400 electric lamps lining the sides of the memorial's Reflecting Pool were illuminated to honor the lives lost, followed by gospel star Yolanda Adams' performance of the song "Hallelujah," then a moment of silence.

The United States on Tuesday surpassed 24 million known COVID-19 infections and 400,000 lives lost since the nation's first documented COVID-19 death in February of 2020, according to a Reuters tally. The country has averaged more than 200,000 new cases and 3,220 deaths a day over the past week, and has the highest COVID-19 death toll in the world.

The unrelenting loss of life has placed a particular strain on medical professionals in the trenches of the pandemic.

"You're just surrounded by all of this horrible illness that you can't fix — all the time," said Dr Mangala Narasimhan, who oversees ICU teams for Northwell Health hospitals, New York state's largest healthcare provider.

"It's really a huge mental toll on the intensive care workforce, doing this day in and day out for almost a year now," she told Reuters.

Among the participating landmarks were the Empire State building in New York City and the Space Needle in Seattle, Biden's inaugural committee said. The committee said it was encouraging Americans to light candles in their windows and churches to ring their bells in a show of unity.

Biden has pledged to make coronavirus relief a top priority upon taking office on Wednesday under unprecedented security measures in the nation's capital.

Many of his policy plans fly in the face of the Trump administration's approach to the pandemic, which critics have called disjointed and ineffectual. Biden's plans include a mask mandate that would apply to federal properties, planes and buses and a recommitment to the World Health Organization after Trump's withdrawal from the agency.

Biden also faces the daunting task of overseeing the nation's COVID-19 vaccine campaign, the largest and most complex immunization effort in U.S. history. He has vowed to vaccinate 100 million Americans in his first 100 days in office.

States have lamented a lack of funding and support from the federal government for their role in the campaign, and say supplies are failing to meet demand among healthcare workers, elderly citizens and others designated as first in line for vaccines.

The mayors of New York City and San Francisco warned on Tuesday they expect to run out of vaccine doses this week unless new shipments arrive.

California, which has emerged as the U.S. epicenter of the pandemic in recent weeks, offered a glimmer of optimism on Tuesday. State Health Secretary Dr Mark Ghaly said hospitalization rates were leveling off in a sign that a surge of cases spurred by the year-end holiday was beginning to ease.

The COVID hospitalizations also have declined nationwide over the past week, according to data compiled by Reuters.

Steeply rising infections have pushed hospital emergency rooms, intensive care units, ambulance bays and morgues to overflowing during the past month, especially in and around Los Angeles. Ghaly said caseloads are expected to keep rising over the next two weeks but less quickly as officials had feared, evidence that restrictions on business and social activities were working.

"There are rays of hope shining through," he said in a briefing with reporters.