A not so easy Sunday: How the Jazz won in a 'different way' against Pistons 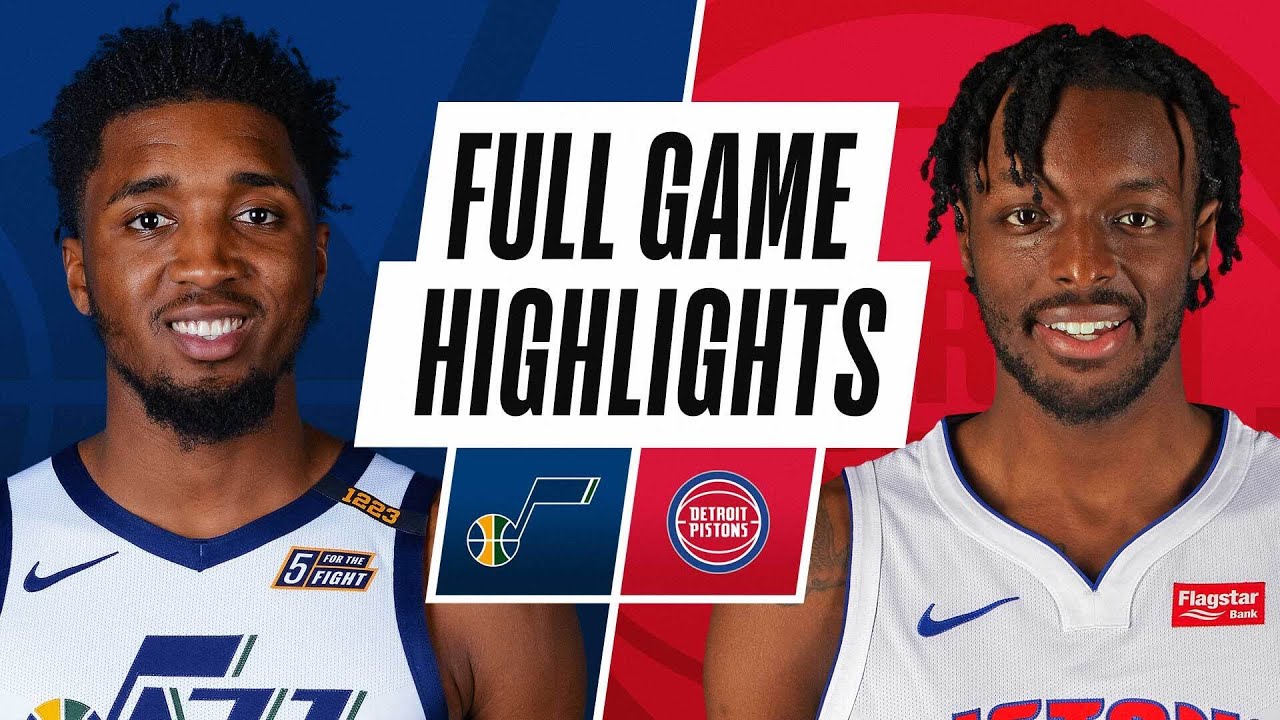 SALT LAKE CITY — An easy Sunday afternoon had turned into a frustrating one for Quin Snyder.

At the end of the third quarter, the Utah Jazz head coach came and dropped his clipboard in the middle of the players' huddle and walked away. The message was clear: It's up to you guys to figure it out.

The Jazz built up a 20-point lead in the first half and ended the third quarter up by just six. A hot-shooting start had given way to a mucked-up offensive game and the Detroit Pistons inched their way back into the contest.

To the Jazz's credit, they did finish the game.

Rudy Gobert made a big block and grabbed two late rebounds to help secure a 96-86 victory Sunday at Little Caesars Arena in Detroit.

"That's a really good win, and wins are tough to come by in this league," Snyder said. "After the way we shot the ball against Milwaukee (on Friday), to come back and not have a good shooting night and win with defense was something that — I don't think we've done that this year. ... We won a different way this game, and I like that."

The Jazz (6-4) hit a team-record 25 3-pointers on Friday; they were just 11-of-35 against Detroit. A poor shooting night had been Utah's Achilles' heel this season. If teams could take away the deep ball, the Jazz usually buckled.

That wasn't the case in Detroit. While the Jazz started off the game shooting much like they did against the Bucks, hitting 6-of-12 from the 3-point line as they built a sizable lead, things soon became ugly. After the first quarter, the Jazz were just 5-of-23 from 3-point range and everything on the offensive end seemed like a struggle.

Outside of that trio, it was rough sledding. The Jazz scored just 39 points in the second half, leaving them susceptible to giving up their big lead.

But something happened that hadn't yet this year: the defense held. Detroit was just 33% from the field, and Utah outrebounded the Pistons 63-39.

"We know there's gonna be nights when the shots are not gonna fall, and in the previous games that we've lost we let that affect our defense," said Gobert, who had 19 rebounds on Sunday. "Our identity is to be a defensive team that runs the floor and spreads the floor. We got a lot of shooters and we scored a lot off of our defense. When we bring it defensively, we give ourselves a chance to win every single night. And when we don't have a great shooting night like we had in Milwaukee, we are still in a position when we can dominate, and we did that tonight."

It was a throwback to how the Jazz used to put up wins — a suffocating defensive performance with just enough offense — and served as a reminder the Jazz can still do just that.

Two days after the Jazz set a franchise record for threes, they realized they still aren't that reliant on the deep ball.

They figured out, and Snyder allowed them to do just that.

"They don't need to hear me say too much other than, 'You guys to take care of it' — and they did tonight," Snyder said.

He then paused, before finishing: "I maybe said it a little more forcefully than that."