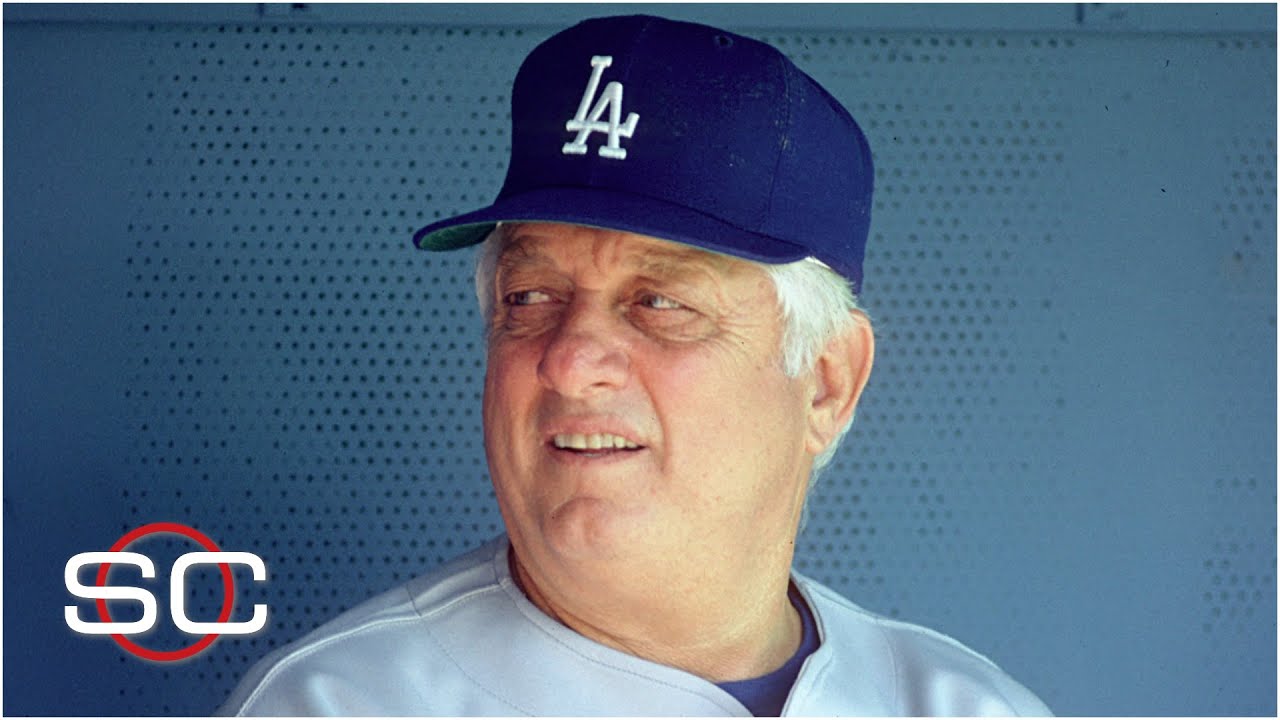 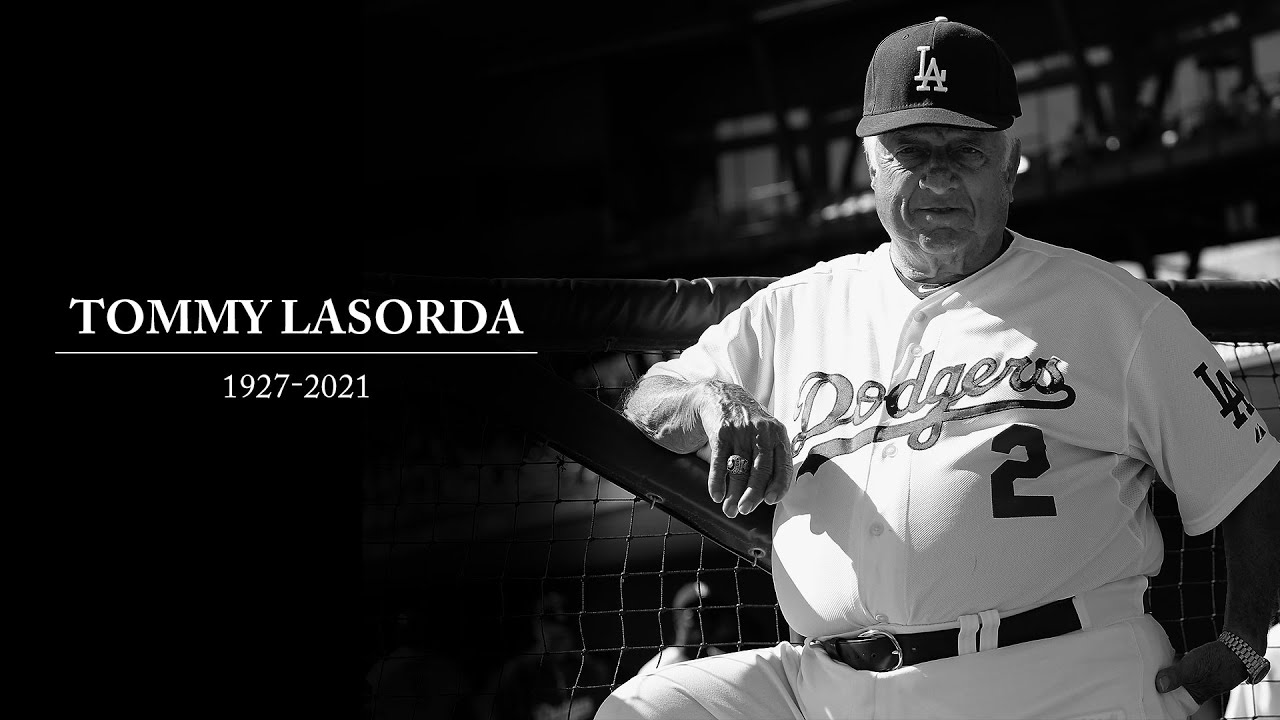 LOS ANGELES (AP) — Growing more and more frail, Tommy Lasorda looked on from a suite at Globe Life Field in Texas, watching as the Los Angeles Dodgers clinched the World Series in Game 6 against the Tampa Bay Rays.

Surrounded by family and friends, Lasorda celebrated the team's first championship in 32 years that October evening amid the coronavirus pandemic. While his mobility was slowed, his mind was still sharp.

Fittingly, it was the last game he ever attended.

"He always said he wanted 2 things, to live to be 100 and to see another championship brought to the city of LA," Dodgers third baseman Justin Turner tweeted. "Although he fought like hell to hit triple digits, I couldn't be more proud to know he got to see the Dodgers on top again, where he knew we belonged."

The Hall of Fame manager who was true blue to the Dodgers for more than seven decades died Thursday night after having a heart attack at his home in Fullerton, California, the team said Friday. Lasorda was 93. He had just returned home Tuesday after being hospitalized since Nov. 8 with heart issues.

Lasorda had been the oldest living baseball Hall of Famer — that distinction now belongs to Willie Mays, who turns 90 in May.

Flags at Dodger Stadium were being lowered to half-staff and Lasorda's No. 2 was painted in the outfield. A jersey with his number hung in the dugout and fans showed up with flowers, candles and Dodgers memorabilia at the ballpark.

Lasorda had a history of heart problems, including a heart attack in 1996 that hastened the end of his managerial career and another in 2012 that required him to have a pacemaker.

"It feels appropriate that in his final months, he saw his beloved Dodgers win the World Series for the first time since his 1988 team," commissioner Rob Manfred said.

Lasorda spent 71 years in the Dodgers organization, starting as a player when the team was still based in Brooklyn. He later coached and then became its best-known manager for 21 years in Los Angeles, leading the franchise to two World Series championships. After stepping down in 1996, he became an ambassador for the sport he loved.

Lasorda was a master motivator among his players, always knowing just the right amount of confidence or candor required to induce stellar performances.

"He believed all that stuff that he said, he really did," said former Dodgers second baseman Steve Sax, who played on both of Lasorda's championship teams and was a five-time All-Star. "He really believed that you were better if you wore a Dodger uniform. He was all in. And because he believed it, we did, too."

Lasorda served as special adviser to team owner and chairman Mark Walter for the last 14 years, and maintained a frequent presence at games sitting in Walter's box.

"In a franchise that has celebrated such great legends of the game, no one who wore the uniform embodied the Dodger spirit as much as Tommy Lasorda," said Stan Kasten, team president and CEO.

Lasorda kept a bronze plaque on his desk reading: "Dodger Stadium was his address, but every ballpark was his home.″

He was elected to baseball's Hall of Fame in 1997 as a manager. He guided the U.S. to a baseball gold medal at the 2000 Sydney Olympics.

Lasorda was the franchise's longest-tenured active employee since Hall of Fame broadcaster Vin Scully retired in 2016 after 67 years.

"There are two things about Tommy I will always remember," Scully said. "The first is his boundless enthusiasm. Tommy would get up in the morning full of beans and maintain that as long as he was with anybody else. The other was his determination. He was a fellow with limited ability and he pushed himself to be a very good Triple-A pitcher. He never quite had that something extra that makes a major leaguer, but it wasn't because he didn't try."

"The Ogden Raptors mourn the passing of Dodger legend Tommy Lasorda. Tommy will always be a huge part of the Ogden community. His passing will be felt worldwide but we smile knowing he is now presiding in what Tommy referred to as Blue Heaven! Rest In Peace Tommy, Ogden loves you pic.twitter.com/QBfvIoxAcU

He made only one start for the Dodgers — in 1955, the only year they won the crown while in Brooklyn, he threw three wild pitches against the Cardinals and was pulled after the first inning.

Overall, he pitched eight games for the Dodgers and compiled a 7.62 ERA.

Who would've ever guessed then that he would wind up meaning so much to the franchise?

Born Thomas Charles Lasorda on Sept. 22, 1927, in Norristown, Pennsylvania, his pro career began when he signed with the Philadelphia Phillies as an undrafted free agent in 1945. He missed the 1946 and '47 seasons while serving in the Army.

Lasorda returned in 1948 and once struck out 25 in a 15-inning game. In his next two starts, he struck out 15 and 13, gaining the attention of the Dodgers, who drafted him from the Phillies. He played in Panama and Cuba before making his major league debut on Aug. 5, 1954, for the Brooklyn Dodgers. Although he didn't play in the 1955 World Series, he won a ring as a member of the team.

Lasorda pitched for the Dodgers for two seasons but lost his roster spot when Brooklyn had to make room for another lefty — young Sandy Koufax.

The Kansas City Athletics bought Lasorda's contract and was traded to the Yankees in during the 1956 season. Sent down to the Triple-A Denver Bears, he was sold back to the Dodgers in 1957.

Lasorda stayed on with the Dodgers as a scout after they released him in 1960. That was the beginning of a steady climb through the Dodgers' system that culminated in his 1973 promotion to the big league staff under longtime Hall of Fame manager Walter Alston.

Lasorda spent four seasons as third base coach while considered to be the heir apparent to Alston, who retired in September 1976. Lasorda's 21 years as manager was second-only to Alston.

Lasorda's gregarious personality was in stark contrast to his restrained predecessor. He was known for his enthusiasm and outspoken opinions about players. He would jump around and pump his arms in the air after Dodgers victories and embrace players in the dugout after home runs or other good plays.

In L.A., Lasorda found many of the players he had managed in the minors, including Steve Garvey, Ron Cey, Davey Lopes, Bill Russell, Bobby Valentine and Bill Buckner.

As beloved as Lasorda was publicly, behind the scenes he was known for cussing a blue streak with reporters, rendering many of his quotes unusable.

Some of his most memorable rants live on via the internet, notably one from July 1982 involving Kurt Bevacqua of the San Diego Padres, who called Lasorda "that fat little Italian″ after Dodgers pitcher Tom Niedenfuer was fined $500 for beaning Joe Lefebvre, Bevacqua's teammate.

Lasorda denied ordering Niedenfuer to hit Lefebvre while unleashing a series of F-bombs.

"If I ever did,″ Lasorda said, his voice rising, "I certainly wouldn't make him throw at a (expletive) .130 hitter like Lefebvre or (expletive) Bevacqua who couldn't hit water if he fell out of a (expletive) boat.″

In 1978, Dave Kingman of the Chicago Cubs hit three homers and drove in eight runs in a 10-7, extra-inning victory over the Dodgers and a reporter asked Lasorda what he thought of Kingman's performance.

"I think it was (expletive) (expletive). Put that in,″ Lasorda said. "He beat us with three (expletive) home runs. How could you ask me a question like that?"

Or just read his lips in a clip where has Youppi!, the furry mascot of the old Montreal Expos, tossed from pranking around atop the Dodgers dugout at Olympic Stadium.

Lasorda was known for his friendship with Frank Sinatra and other Hollywood stars. Sinatra sang the national anthem on opening day of the 1977 season to mark Lasorda's debut as manager. The faux-wood paneled walls of Lasorda's office were crowded with black-and-white autographed photos of his celebrity friends, the framed glass stained by red sauce from the pasta served in large foil trays after games.

Lasorda's appetite for winning and eating was equally voracious. His weight ballooned throughout his years as manager, and he explained, "When we won games, I'd eat to celebrate. And when we lost games, I'd eat to forget.″

Lasorda managed in four All-Star games. He was serving as third base coach in the 2001 game when he tumbled backward while trying to avoid the shattered barrel of Vladimir Guerrero's bat in a comical scene.

In 1998, Lasorda became interim general manager after Fred Claire was fired in the middle of the season. He resigned from that job after the season and was appointed senior vice president. After the team was sold in 2004 to Frank McCourt, Lasorda became special adviser to the chairman.

He is survived by Jo, his wife of 70 years. The couple lived in the same modest home in Fullerton for 68 years. They have a daughter Laura and a granddaughter Emily. The couple's son, Tom Jr., died in 1991 of AIDS-related complications.