A worrisome pattern: Why Utah's offense continued a troubling trend in loss to Suns — and how the Jazz think they can fix it 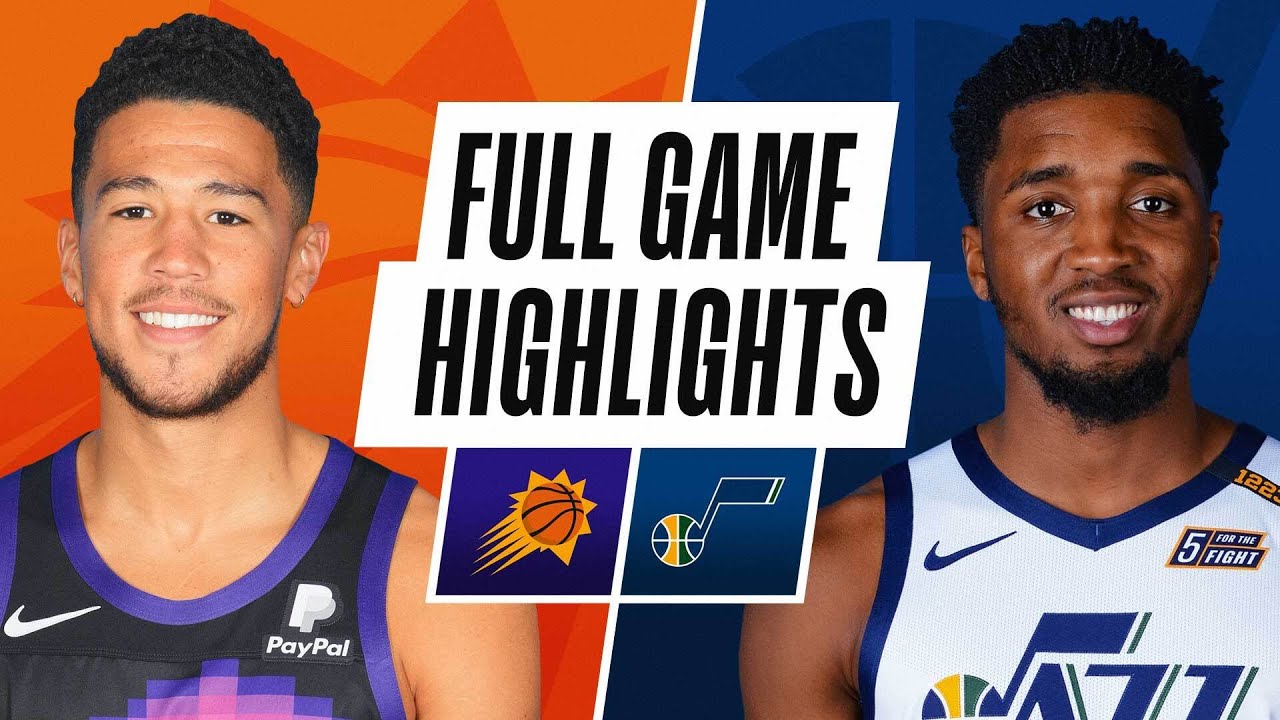 SALT LAKE CITY — It appears it took the league a grand total of one game to figure out how to deal with Utah's new 3-point emphasis.

Put a little pressure on the Jazz on the perimeter, stop their first action, and the problem is pretty much solved. With teams following that formula, the team that blitzed Portland in the first game of the season with an offensive barrage — a game the Jazz say is a prototype of how they want to play — has been seen only in glimpses since.

And glimpses were all the Jazz could muster in a 106-95 loss to the Phoenix Suns Thursday at Vivint Arena.

Like at the start of the second half when Utah went on a 9-2 spurt, hitting three 3-pointers in the first 96 seconds of the third quarter; or when the Jazz hit back-to-back-to-back triples late in the fourth quarter to cut what was once a 21-point Suns lead to just five. But outside of that, it was a lot of frustration, a lot of missed reads, and a lot of poor shots.

"The Suns came out and put their stamp on the game," said Mike Conley, who had 16 points, five rebounds and five assists. "They were the aggressor."

That was the message following the two previous games, too. That's a pattern — and not a good one for Utah.

Like Josh Okogie and Lu Dort before him, it was Phoenix's Jevon Carter who put early pressure on the Jazz offense, picking up ball handlers early and making the perimeter an uncomfortable place.

And just like the two games before, the Jazz struggled to find an offensive rhythm. The Jazz had just 40 points in the first half and shot just 41.7% from the field in the loss. Outside the rare hot stretch, things were truly a struggle.

"It always takes us too long to react," said Rudy Gobert, who had 18 points and 14 rebounds in the loss. "We always have to analyze the situation, analyze how they are guarding us. We have all the weapons we need to counter."

That might be what's most frustrating for the fans, coaches and the players themselves. It shouldn't be this easy to take Utah out of its comfort zone. Donovan Mitchell had 13 points in the first three quarters (he finished with 23 as he tried to rally Utah late — to no avail); Bojan Bogdanovic was 0-for-5 from the field; and the Jazz as a whole were just 3-of-12 from 3-point range in the first half. It was poor offense all the way around.

"Biggest thing is playing through it," Mitchell said. "Teams are going to be physical with us. We played aggressive; we didn't play smart."

Being smart is the key to solving the issues that have plagued them. Utah is chock-full of shooters and has enough playmakers that getting picked up higher shouldn't have that big of an effect. It's almost shocking that it has had this much of an impact on the team.

"We have 100 reads in our offense; we should always be ready for the next one," Mitchell said.

So, why haven't they been?

The ease with wich they got the shots they wanted in the preseason and against Portland in the season-opener — a game Snyder said was almost "as well as we could play" — may have had a detrimental effect. It was almost too easy: one pass or one screen, and the Jazz had a wide-open three. Now, they have to adjust to teams trying a bit harder.

"I think, one, is be patient," Conley said. "We can't let teams speed us up. Even if we want to pay with great pace, we have to be patient. Go through our reads, and our offense can generate open looks."

Snyder pointed to poor spacing and the team not looking to make plays out of the pick and roll — which the Jazz went to often to try and take advantage of the aggressive Suns.

"Once you get an advantage, you have to make plays for each other," Snyder said.

The Jazz didn't do that enough, finishing with just 16 assists.

The good news? The team doesn't think these are hard fixes. The bad news? They've said that before.

"In a way, it's a great opportunity for us to get better," Gobert said. "And when we clean that up, we are going to be able to score on anyone."