'We started a bit too slow': Poor start and late 5-second call dooms Jazz in home-opening loss to Minnesota 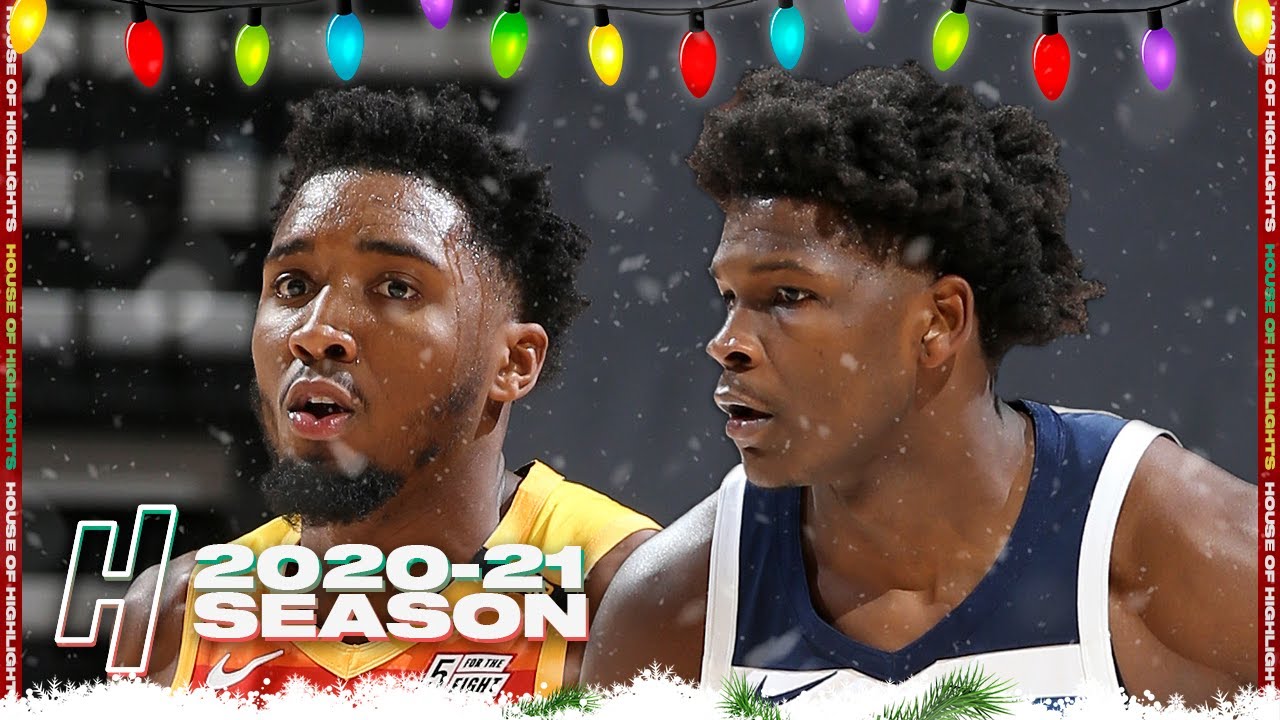 SALT LAKE CITY — No matter how you feel about fans returning to the arena — some think it's fine; others see it as an unnecessary risk — there's no denying it brought some soul back to the NBA game.

When Donovan Mitchell pulled up and drained a 3-pointer with 2:27 to cut what once was a 17-point Minnesota lead down to just four, the 1,932-person crowd that filled Vivint Arena Saturday all rose in a collective cheer.

It was a familiar sound — one that has been heard thousands of times in dozens of NBA arenas — but one that had been long absent.

Unfortunately for Jazz fans, there wasn't a final joyous cheer on Saturday as the Jazz dropped their home-opener 116-111 to the Minnesota Timberwolves.

Utah (1-1), however, did get a chance to tie the game late. D'Angelo Russell missed a free throw with 4.2 seconds giving the Jazz one last possession to extend the game.

But that possession never came. Jordan Clarkson slipped, the Wolves were quick on switches and Bojan Bogdanovic couldn't get the ball in before a five-second violation was called.

"We started a bit too slow," said Mike Conley after the game, who finished with 20 points, six rebounds and four assists.

He was talking about that doomed play; he could have been referring to the game as a whole.

The Jazz gave up 68 points in the first half and committed 12 turnovers as they went to halftime down by 17.

"Minnesota was the more aggressive team in the first half," Jazz coach Quin Snyder said. "They ran, they defended, and that's why we gave up a 68-point half. … We've been defending and we've been running, and when we don't do those two things, it's a long night for us."

It was a sobering night after a near-complete performance on Wednesday in a season-opening win over the Blazers. At least a sobering half.

"They were just the more aggressive team," said Mitchell, who had 21 points in the game. "They took us out of our actions."

Utah shot just 38.3% from the field and just under 30% from 3-point range. Saturday wasn't necessarily a glimpse at what the Jazz look like when the threes aren't falling, but more so of what they look like when they can't get them up. Utah attempted just 34 in the game (one of which was a meaningless full-court heave at the final buzzer by Mitchell) — 17 less than the number they attempted in their first game.

The 3-point emphasis didn't change in the three days since the opening game of the season. The defense they were facing did.

"The talk and the chatter and the communication they had was on another level than we were at in the first half," Conley said. "We have to be better than that."

To their credit, the Jazz were better in the second half. Utah held the Wolves to 39% from the field in the final two quarters and the Jazz's 32-point fourth quarter helped give them a chance at the end. But the hole was too deep to crawl out from.

"The games where we don't have the legs, we gotta have the mind," said Rudy Gobert, who had 18 points and 17 rebounds. "We gotta do it mentally. And it took us a half. It took us too long."

The Jazz didn't want to have to learn this lesson again. They didn't need to take an early loss to realize that they aren't good enough to sleepwalk through halves, through quarters, even through possessions. But that's the lesson from Saturday. The Wolves defended hard and they ran in transition — simple things that lead to victories. Utah didn't.

"It's not the team we want to be," Gobert said.

The Jazz may have sealed their fate by committing a five-second violation late, but they lost the game in the first 24 minutes.

"We wish we didn't have to learn our lessons this way," Conley said.

Time will tell if the lesson sticks.