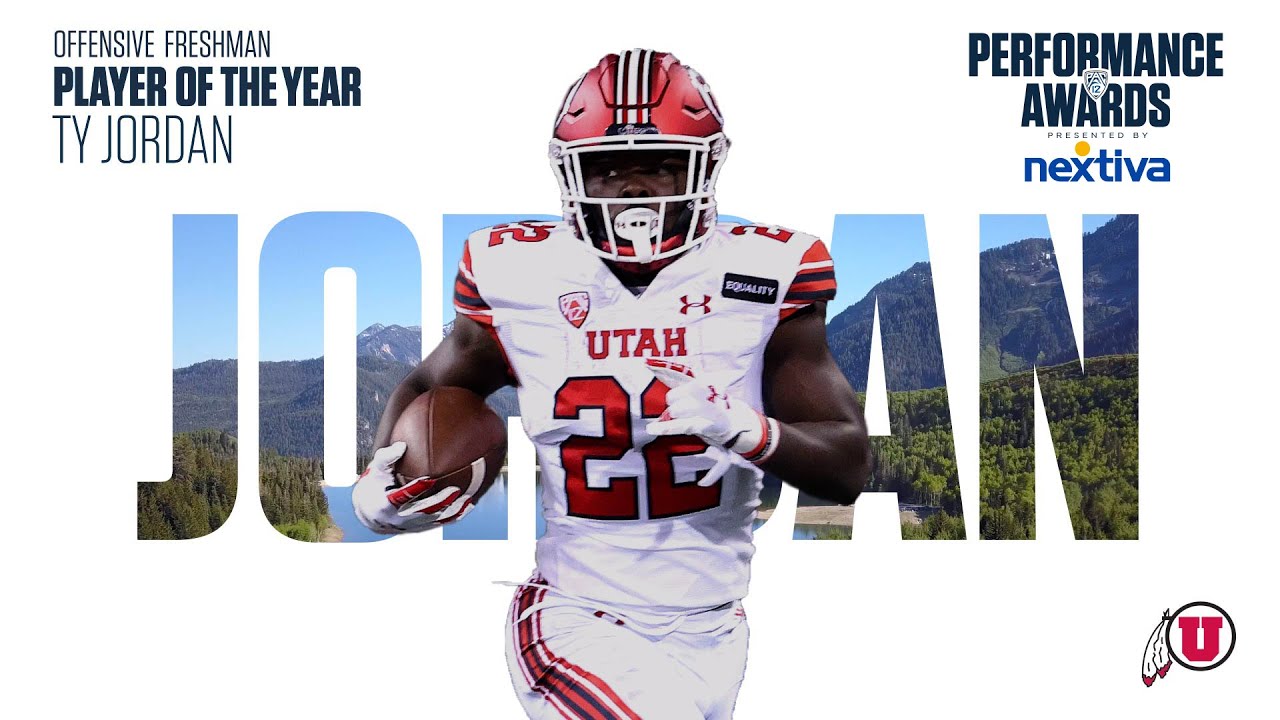 In one truncated, five-game season, the University of Utah standout running back touched thousands of lives, rushing for 597 yards and six touchdowns in a season that was on the brink of being shelved before returning for a shortened season amid the coronavirus pandemic.

Now, just three days after his untimely death by an accidental gunshot wound, several groups of people have found ways to honor the memory of the late Utes running back.

Cory Gillies, a self-proclaimed lifelong Ute fan, began the "Ty Jordan Challenge" as a way to honor the college star. He and a group of fans, prompted by a tweet from 247 Sports reporter Michelle Bodkin, began the challenge as a way to run, walk, bike and move 597 miles by the start of the 2021 season. That number represents the number of yards Jordan ran during his freshman year, which showcased glimpses of the promise the Utes had unearthed in the running back from Texas.

Hi, everyone. If your interested in doing the 597 challenge on a bike, reach out to @bryanth2o He will help us keep track. https://t.co/cWEIIIXR2L

"He was a star in the making and on track to break every record at the university at the running back level," Gillies told KSL NewsRadio. "We wanted to do something that would keep him in our thoughts for a long time."

Fellow Utah fan Sadie Pyne "loved this idea" and added a Nike Run group to help keep track of the miles ran in memory of Jordan. The group is open to anyone.

"If anyone wants to join, let me know!" Pyne tweeted. "I can only invite people I'm friends with on Nike Run, but it says friends can invite friends as well, so we can add each other as friends or whatever we need to do."

I loved this idea and started a challenge on Nike Run to help me keep track. If anyone wants to join, let me know! I can only invite people I'm friends with on Nike Run but it says friends can invite friends as well, so we can add each other as friends or whatever we need to do. https://t.co/annuLm6sjVpic.twitter.com/rfU8DCc5FO

Dozens of like-minded Utah fans have already reached out on Twitter, and more are coming by the minute, Gillies said.

"I didn't intend for this to get into what it is," he said. "I just kind of came up with it as a personal challenge and people wanted to join. I think it's great."

Within hours of the announcement of his death, a memorial of flowers, pictures and other memorabilia began to emerge at Utah's practice facility, the Spence and Cleone Eccles Football Center at 592 Guardsman Way. The Utah Jazz also held a moment of silence in honor of Jordan during the club's home opener Saturday against the Minnesota Timberwolves, which was played in Salt Lake City underneath the red-lit "U." on the mountainside overlooking the university.

Texas and Colorado also held a moment of silence, locking arms in solidarity, in honor of Jordan during Wednesday's Valero Alamo Bowl.

Thank you to those who've dropped flowers and items off to honor Ty. We are so grateful. #LLTJpic.twitter.com/kQBXj5t2cB

The Pac-12 Network also announced Tuesday that it would run a mini-marathon of the condensed "Football in 60" episodes dedicated to Jordan, with each of his best games in a Utah uniform running Wednesday night. The mini-marathon will include games against Oregon State, Colorado and Washington State, beginning at 7 p.m. MT Wednesday and continuing until 10 p.m.

Jordan, who was named the Pac-12 Newcomer of the Year by the Associated Press and Offensive Freshman of the Year by the conference, died Friday night from a single gunshot wound to the abdomen, according to the Tarrant County Medical Examiner's office. A preliminary police investigation revealed what is believed to be a gun that "was accidentally discharged by the victim," according to the Deseret News, at an apartment at the 1100 block of Avenue B in Denton, Texas, near Jordan's hometown of Mesquite.

He was pronounced dead at 9:46 p.m. MST at Denton Regional Medical Center, according to the medical examiner's report.

"Words cannot express the devastation and heartache that our team is feeling right now upon learning of the tragic death of our teammate and brother, Ty Jordan," Utah coach Kyle Whittingham said in a statement from the university. "Ty's personality and smile were infectious and he made a huge impact on our program in the short time he was with us. ... From the bottom of our hearts, all of us in the Utah Football Family want to say we love you Ty and may you rest in peace."

Do you plan on taking the "Ty Jordan Challenge" or remembering the Utah star in a particular way in 2021? Share your responses with our short survey.