Locals in the NFL: With Pro Bowl nom in tow, Fred Warner not giving up on 49ers' season 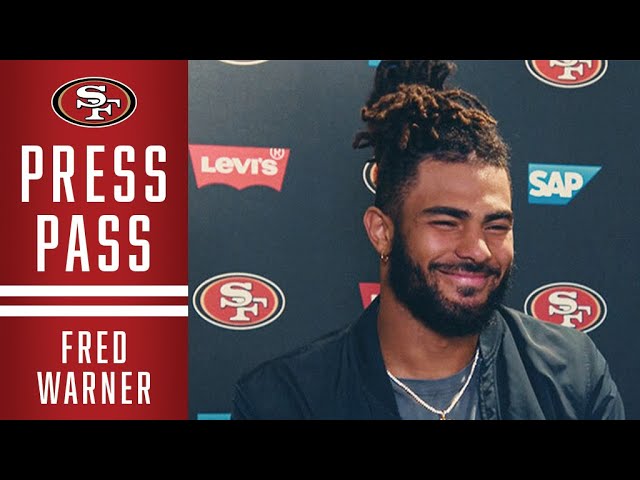 AROUND THE SHIELD — Last year, Fred Warner was the talk of the Bay Area.

One of the best players on one of the best defenses in the NFL, the San Francisco 49ers rising star linebacker was a key anchor on the NFC champions that were just one win away from their first Super Bowl title since 1995.

A year later, things are a bit different for the BYU product — but he's still going strong as the league rounded the penultimate week of the 2020 regular season with four consecutive days of games.

Warner receiver his career-first Pro Bowl invitation this week, then went out and tied a career-high with 14 tackles, three pass breakups and a forced fumble in the 49ers' stunning 20-12 win over the Arizona Cardinals.

Buried at 6-9 and in last place in the NFC West with a 3-2 divisional record, San Francisco has given up on the playoffs in the season met with postponements, quarantines and COVID-19. But the 49ers haven't given up on each other, and Warner is a big reason why.

"We're out of the playoffs, but it's still a division game. We're all competitors," Warner said after the win, more than anything else, curtailed the Cardinals' chances at a wildcard berth. "I told the guys, 'The best team for 60 minutes, it doesn't matter what has gone on this entire season, the best team for 60 minutes was going to win the ball game.' And I think, obviously, we were the better team."

Warner wasn't the only big-time player who showed up Saturday, nor was he the only former local college standout on the field in the NFL's first-ever game broadcast exclusively on Amazon's Prime Video. There was former BYU teammate Kai Nacua, who played primarily on special teams as he works into Robert Saleh's defense, and Mitch Wishnowsky, the former Utah punter who also handled holder and kickoff duties for the Niners.

But Warner has been the heartbeat of San Francisco's defense all year, and perhaps more so in despair during a season where the 49ers lost six of their previous seven prior to Saturday's win, when he had the second-highest graded on the team, according to Pro Football Focus. The only one higher was tackle Trent Williams, who is the league's highest-graded offensive lineman through 16 weeks.

Warner's been a pass rusher, a coverage mastermind, and has led the team in tackles on multiple occasions. And much like his inaugural Pro Bowl nod, he's just getting started.

"I think everybody played their best ball when we needed it. I'm very proud of the group, as a whole."

A @Fred_Warner stop.
A Jeff Wilson run.
And another @JuiceCheck44 TD!@49ers lead by 8 in the fourth quarter. #FTTB

AJ Dillon ran for 124 yards and two touchdowns, and Davante Adams added 142 receiving yards and three scores on Sunday Night Football to keep the Pakcers on pace for the top seed in the NFC playoffs.

Russell Wilson threw for 225 yards and a touchdown, and the Seahawks held the Rams out of the end zone to clinch the NFC West title.

Cody Barton, LB, Utah/Brighton: Made 1 tackle and forced a fumble on special teams as a reserve

Matt Gay, K, Utah/Utah Valley/Orem: Made 3 field goals, including a 51-yarder, to account for the Rams' scoring

Justin Herbert threw his NFL-record 28th touchdown pass as a rookie as the Chargers held off the Broncos.

Teddy Bridgewater completed 19 passes for 197 yards and a touchdown as the Panthers built up a 20-0 first-half lead and held off the Football Team.

Andy Dalton threw for 377 yards and three touchdowns as the Cowboys eliminated the Eagles from playoff contention.

Francis Bernard, LB, Utah/Herriman: Made 1 tackle on special teams as a reserve

Ben Roethlisberger threw for 342 yards and three touchdowns to help the Steelers rally by the Colts to snap a three-game losing streak and clinch the AFC North title.

Sam Darnold threw for 175 yards and two touchdowns, including a 30-yard strike to Jamison Crowder to cap a 20-3 run, as the Jets won consecutive games for the first time all season.

Porter Gustin, DE, Salem Hills: Made 3 tackles on defense, 1 on special teams as a reserve

A post shared by We are The Langi Family (@thelangifamily)

Samaje Perine ran for 95 yards and two touchdowns to help the Bengals roll past the Texans.

Lamar Jackson totaled 263 total yards and threw for a pair of touchdowns in the Ravens' win over the Giants.

Tyler Huntley, QB, Utah: Did not play after being elevated to the active roster for a second consecutive week

David Montgomery had 95 yards and a touchdown, and the Bears out-rushed the Jaguars 128-76 as Jacksonville clinched the No. 1 pick in next April's NFL Draft.

Patrick Mahomes hit Demarcus Robinson with a 25-yard TD strike with 1:55 left, and the Chiefs survived to hold off the Falcons and clinch the No. 1 seed in the AFC playoffs.

Alvin Kamara ran for 155 yards and tied a league record with six touchdowns to help the Saints clinch the NFC South title with a win over the Vikings.

"Tampa Tom" Brady threw for 348 yards and four touchdowns to help the Buccaneers clinch their first postseason bid since 2007 with a rout of the Lions.

Jason Sanders booted a 44-yard field goal with one second to help the Dolphins stun the Raiders.