'On fire with COVID': Officials plead with Americans to stay home as hospitals pushed to limit 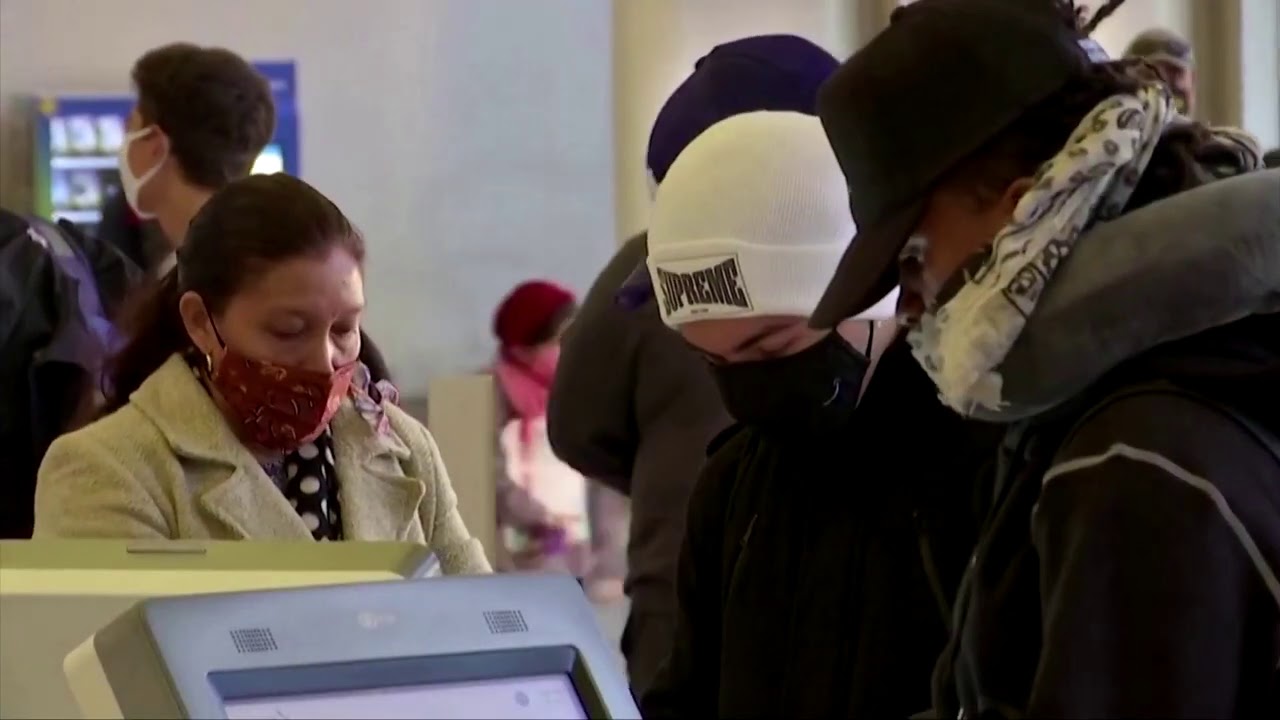 WASHINGTON (Reuters) — U.S. health officials and politicians pleaded with Americans on Tuesday to stay at home over the Thanksgiving holiday and abide by constraints placed on social and economic life as record coronavirus caseloads pushed hospitals to their limits.

The chorus of public appeals intensified heading into a holiday weekend expected to further fuel an alarming surge of infections nationwide, while the daily U.S. death toll climbed above 2,000 – at least four deaths every three minutes. It marked the highest 24-hour loss of life from the pandemic since early May.

"We are on fire with COVID," Kentucky Governor Andy Beshear said on CNN, defending unpopular restrictions he ordered last week that included new limits on retail activity and school closures. "We're just trying to do the right thing."

More than half the nation's governors have imposed — or reimposed — statewide measures this month to slow the contagion, ranging from tougher face-mask requirements and social curfews to stringent new limits on restaurants, bars and other businesses. Yet the metrics of the virus have only worsened.

The number of patients being treated for coronavirus infections in U.S. hospitals surpassed 87,000 on Tuesday, an all-time high, while 30 of the 50 states, including Utah, reported record numbers of COVID-19-related hospitalizations this month.

The soaring caseload has taxed already exhausted health care providers and further strained medical resources as 171,000 Americans test positive and 1,500 or more perish from COVID-19 every day, on average.

U.S. Surgeon General Jerome Adams urged the public to grasp "the severity of the moment" and remain diligent in wearing face coverings, avoiding crowds and washing hands until newly developed therapeutic treatments and vaccines can be made widely available in the months ahead.

"We just need you, the American people, to hold on a little bit longer," Adams told Fox News in an interview. He joined other health authorities on Tuesday to advise against holiday travel, and called for families to limit their traditional Thanksgiving celebrations on Thursday to small gatherings of immediate household members.

How to just say 'no'

California's top health official, Dr. Mark Ghaly, went so far in his weekly public COVID-19 briefing on Tuesday as to offer up "COVID chat" talking points for politely but firmly declining invitations to family gatherings that might be unsafe.

"Saying 'no' to people you love is never easy ... but knowing how and when to say 'no' is the first step to protecting your health and the health of the people you care about," Ghaly wrote.

Government data and projections from the American Automobile Association show such pleas are being widely disregarded.

Although fewer in number than is typical, millions of Americans have flocked to airports and highways in recent days, leading to the busiest U.S. travel period since the early days of the pandemic in March.

One travel complication may soon be relaxed, as the U.S. Centers for Disease Control and Prevention considers shortening its recommended 14-day quarantine after potential exposure to the virus for individuals who test negative during their isolation.

Health authorities also said this week they expected the first vaccines to win U.S. regulatory approval for distribution next month and begin to be administered to frontline health care workers and other high-priority individuals by mid-December. But the shots are unlikely to become widely available to the general public on demand before April or May, experts have said.

In the meantime, doctors will soon have additional medical treatments for COVID-19 at their disposal.

A newly authorized antibody combination therapy from Regeneron Pharmaceuticals Inc was due to begin U.S. government distribution on Tuesday.

The state of Texas opened an outpatient facility to provide infusions of the experimental antibody drug bamlanivimab to COVID-positive individuals at an alternative-care site in El Paso, a city especially hard hit by the virus.

After initially clobbering major U.S. metropolitan areas during the spring, the COVID-19 pandemic has since engulfed rural and small-town America.

Infection rates in a dozen Midwestern states have more than doubled those of any other region, according to the COVID Tracking Project, soaring 20 times higher from mid-June to mid-November.

Many Midwestern hospitals have reported shortages of beds, equipment and clinical staff, with some of the most dire scenarios playing out in areas where the public has been most resistant to wearing masks and practicing social distancing.

"There's a disconnect in the community, where we're seeing people at bars and restaurants, or planning Thanksgiving dinners," said Dr. Kelly Cawcutt, an infectious disease physician at the University of Nebraska Medical Center. As health workers, she said, "we feel kind of dejected."

To be sure, many Americans were taking the crisis seriously.

Jerard Gunderway, 44, driving from Massachusetts to North Carolina for Thanksgiving, said his family was limiting its gathering to just to him, his wife and stepdaughter.

"Just family during this situation right now. Keep everyone safe," he said from a rest stop in Connecticut. "I try to keep it low-key until we figure this all out."

Thanksgiving was not the only holiday being sacrificed for the sake of public health. The Roman Catholic Archdiocese of Chicago said on Tuesday it was canceling the in-person celebration of its Dec. 11-12 "Our Lady of Guadalupe" festival, an event that typically draws some 200,000 faithful to a suburban shrine.