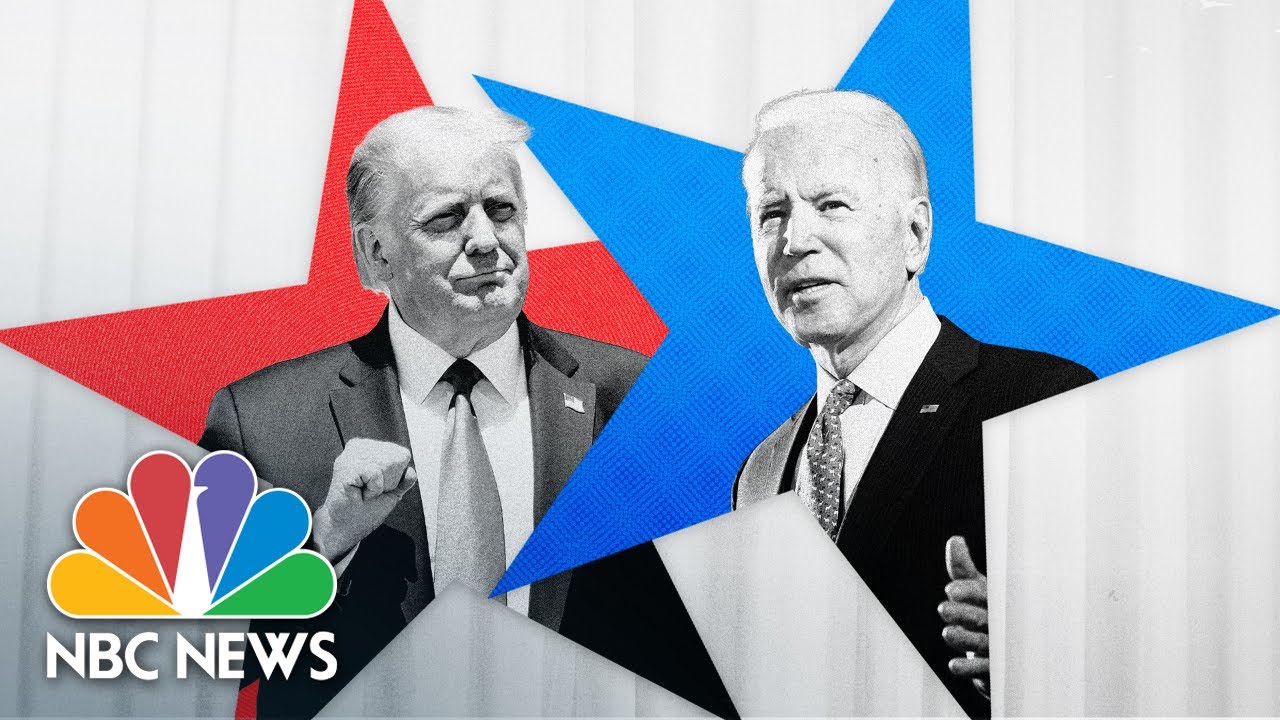 Moderator Chris Wallace never established control of the debate. The two White House contenders talked over each other and lobbed insults in a breathtaking political brawl that made it hard for either to make a point.

"Will you shut up, man? This is so unpresidential," said an exasperated Biden after Trump's repeated interruptions during the first segment of the debate on the Supreme Court.

Biden later called Trump a "clown," a "racist," and "Putin's puppy" in reference to Russian President Vladimir Putin and told Trump: "You're the worst president America has ever had."

Trump for his part said: "There's nothing smart about you, Joe."

Late in the debate, Wallace himself urged the president to stop his interruptions.

Wallace said: "I think that the country would be better served if we allowed both people to speak with fewer interruptions. I'm appealing to you, sir, to do that."

Trump replied: "Well, and him too."

Trump: "But he does plenty."

Biden, 77, has held a consistent lead over Trump, 74, in national opinion polls, although surveys in the battleground states that will decide the election show a closer contest. It was hard to determine whether the debate would move the needle.

Biden questioned Trump's leadership on the coronavirus pandemic, which has killed more than 200,000 Americans, saying Trump had panicked and failed to protect Americans because he was more concerned about the economy.

"He panicked or he looked at the stock market," Biden said of Trump, who has pushed for states to reopen their economies and played down the threat of the pandemic.

"A lot of people died and a lot more are going to die unless he gets a lot smarter, a lot quicker," Biden said.

He defended his approach on the pandemic and said "we have done great job."

"But I tell you, Joe, you could never have done the job we've done. You don't have it in your blood," he said.

With more than a million Americans already casting early ballots and time running out to change minds or influence the small sliver of undecided voters, the stakes were enormous as the two White House candidates took the stage five weeks before the Nov. 3 Election Day.

The two contenders did not shake hands as they entered the debate, adhering to protocols on social distancing because of the coronavirus.

Trump, who has refused to commit to a peaceful transfer of power if he loses the election, repeated his unfounded allegations that mail-in voting would lead to fraud. Experts say fraud is extremely rare.

Trump said he expected the Supreme Court might have to decide the election and "look at the ballots." He urged his supporters to go and watch the balloting.

"If I see tens of thousands of ballots being manipulated, I can't go along with that," he said, adding, "They cheat."

Biden urged Americans to make a plan to vote and assured voters that Trump would be gone if Biden wins. He said he would not declare victory until the outcome was validated.

"If we get the votes, it's going to be all over. He's going to go," he said, adding Trump's complaints about mail-in ballots was that Trump was "afraid" to count the votes.

"I'm concerned that any court would have to settle this," he said.

Trump defended his effort to swiftly fill a U.S. Supreme Court seat, saying "elections have consequences" and he had the right despite Democratic objections.

"I will tell you very simply we won the election, elections have consequences. We have the Senate and we have the White House and we have a phenomenal nominee respected by all," Trump said in defense of his nominee, conservative Judge Amy Coney Barrett.

Biden said the seat of the late Ruth Bader Ginsburg should be filled after the election, when it was clear who the president would be.

"We should wait, we should wait and see what the outcome of this election is," Biden said, adding a more conservative Supreme Court would endanger the Affordable Care Act known as Obamacare.

Trump is moving quickly to fill Ginsburg’s seat in hopes of cementing a 6-3 conservative majority on the court, a key priority for social conservatives.

Democrats have argued Republicans are being hypocritical for moving quickly to fill the seat given they had blocked then-President Barack Obama's nomination to the Supreme Court in 2016, arguing it should wait until after that November election.

Hours before the debate, Biden released his 2019 tax returns and his campaign called on Trump, who has come under fire for not releasing his returns, to do the same.

Biden took the step two days after the New York Times reported Trump paid just $750 in federal income taxes in 2016 and 2017 — and none in 10 of the previous 15 years — following years of reporting steep losses from business enterprises.

Biden's taxes showed that he and his wife Jill paid more than $346,000 in federal taxes and other payments for 2019 on an income of nearly $985,000 before seeking a refund of nearly $47,000 they said they had overpaid the government.

(Reporting by John Whitesides; Additional reporting by Steve Holland and Trevor Hunnicutt; Writing by Will Dunham and Michael Martina; Editing by Colleen Jenkins and Howard Goller)