Rusnak, Kreilach get Real Salt Lake back on track with 2-0 win over LA Galaxy 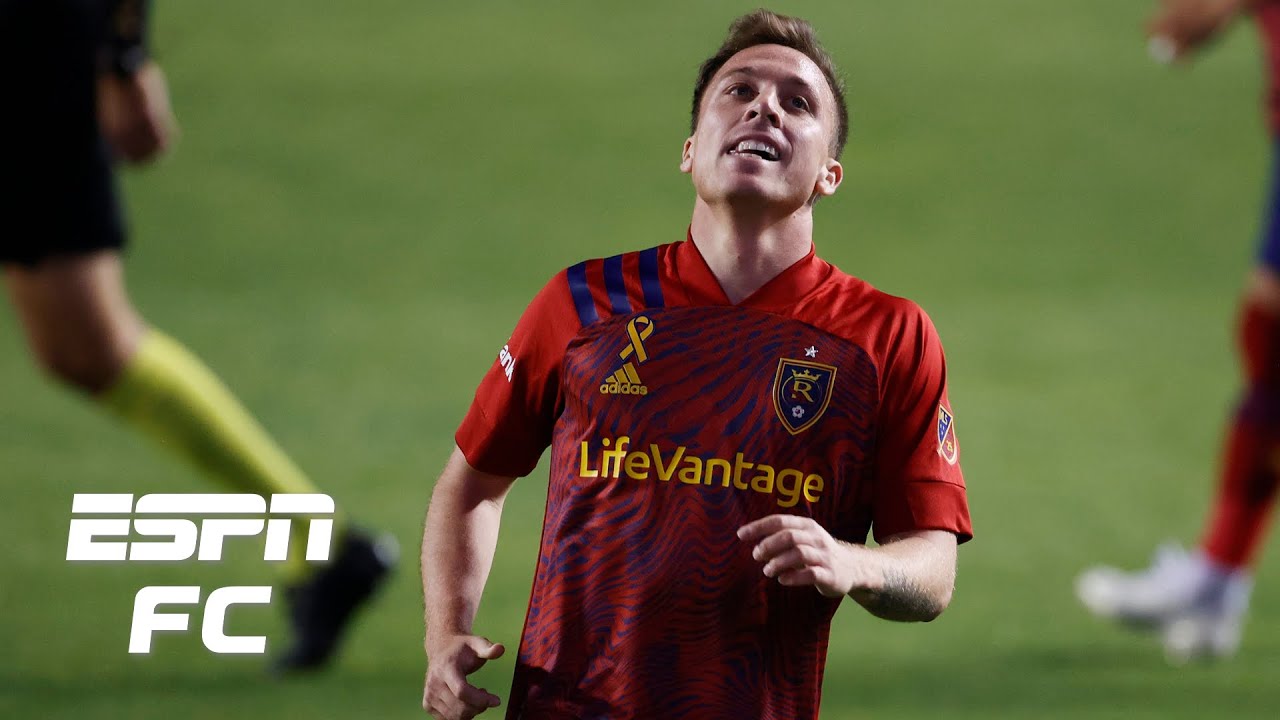 SANDY — Prior to Wednesday’s midweek match, Real Salt Lake had been out-scored 7-1 in back-to-back home losses — a rarity in the 12-year history of Rio Tinto Stadium.

Albert Rusnak converted a penalty, then assisted on Damir Kreilach’s team-high sixth goal of the season to help Real Salt Lake to a slump-busting 2-0 win over the LA Galaxy in front of a reduced-capacity crowd of 3,943 fans Wednesday night at Rio Tinto Stadium.

Andrew Putna made three saves to preserve the shutout for RSL.

The win marked the club’s first shutout since a 3-0 home win Sept. 9 over Los Angeles FC.

“I feel like we’ve given up quite a bit of goals the last few games,” RSL defender Donny Toia said. “It’s a bit frustrating, and losing in general pisses me off. It was big-time to get the shutout. Everybody worked their butts off … and tonight we made sure we got that shutout and three points.”

Perhaps more important than pushing for the postseason, though, is the way in which Salt Lake snapped its two-game skid that included losing the Rocky Mountain Cup to rival Colorado for the first time since 2017.

“It was a must-win game,” Rusnak said of Wednesday’s match. “We spoke about it the last couple of days, and that was the topic of the pregame meeting.

“The most important thing was three points, and we got that.”

RSL outshot the Galaxy 4-2 in the first half, including the only shot on goal, but had nothing to show for it before the break.

The hosts came out of the locker room firing, putting LA goalkeeper David Bingham under pressure with back-to-back shots on target in the first three minutes of the half to try to seize momentum.

Unlike against Vancouver, however, the club didn’t concede first.

“We had good video Monday, and we were very honest,” RSL coach Freddy Juarez said. “They were all very receptive, and responded with a very good training session. When you get that sense, you know you have the right attitude and we’re a hard team to beat.

“Our mentality is to win, but I think we need to do the right things to win. We were committed to play soccer — not just our attacking players, but our defenders were more confident to break lines and that stuff. When you see that kind of attitude in the locker room, it makes you feel more confident. It gives us as a staff confidence, for sure.”

Just past the hour mark, the Galaxy snuck the ball past Putna — but the flag was up for offside.

Moments later, Justin Meram pulled Bingham off his line on a breakaway, earning a penalty kick. Rusnak stepped to the spot in the 65th minute, and slammed the ball that glanced off Bingham’s glove and inside the left post for the opening goal.

Kreilach doubled the advantage just over five minutes later, finishing off a cross from Rusnak for his sixth goal of the season and helping the Galaxy to their second-straight loss.

Credit also goes to Toia, who flipped the field with a long ball that Rusnak tracked down into the corner to set up his cross.

Albert Rusnak makes no mistake to put #RSL ahead 1-0! #RSLvLApic.twitter.com/QQ4CvTTMQv

“There was no option short, and I saw the space in behind,” Toia said. “Albert happened to be in that pocket, he ran onto it, and put in a great option to Damir who put another great finish in.”

With the win, RSL improved to 4-4-5 for 17 points, narrowly keeping pace with the playoff line in the Western Conference as MLS teams prepare for the third and final phase of the league’s return-to-play plans from the lengthy stoppage caused by the novel coronavirus pandemic.

“I’d be lying to you if I said it didn’t (matter). But more importantly, we played well and got a win,” Juarez said, describing the way the team played from position-to-position. “Yes, it matters. But I thought we had some good moments against Vancouver, and we upped it again against a very good team.”

The Galaxy fall to 4-5-3 with 15 points, tied for the penultimate spot in the west.