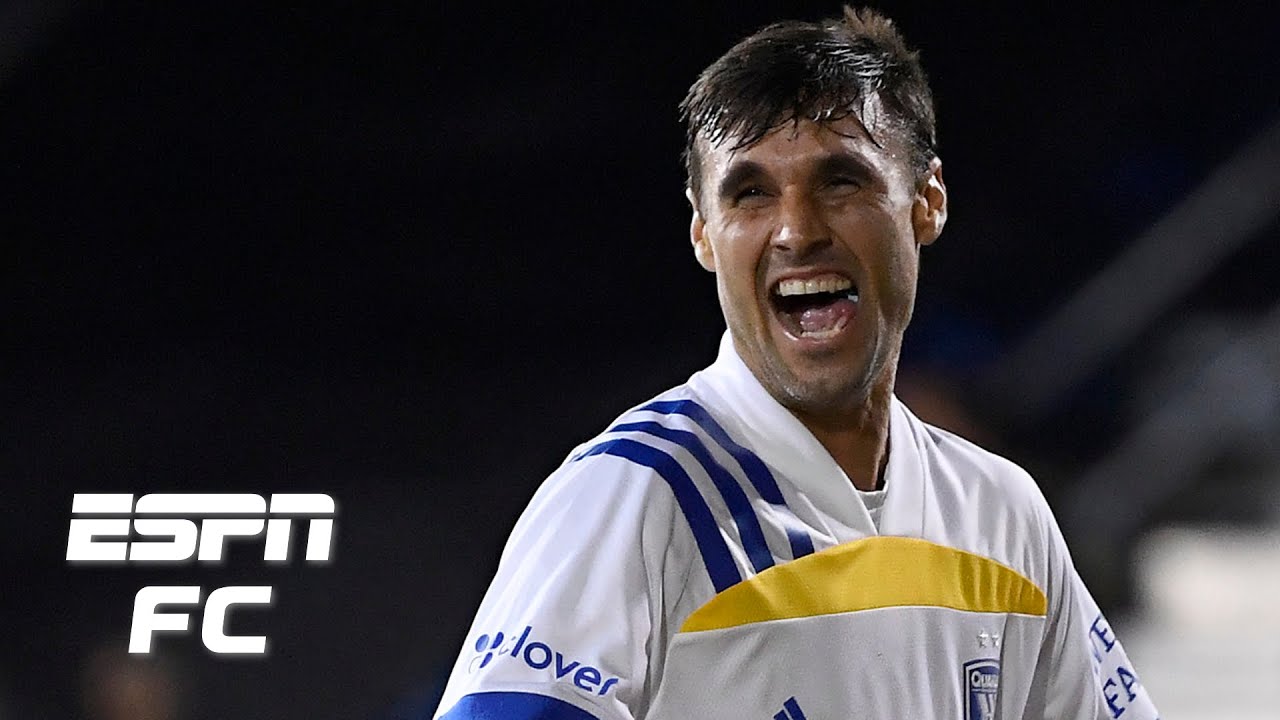 SANDY — Real Salt Lake’s run in the MLS is Back Tournament came to a crashing end Monday night.

Magnus Eriksson scored two goals from the penalty spot, and Cristian Espinoza, Valeri Qazaishvili and Chris Wondolowski each scored from the run of play to help the Earthquakes top a shorthanded RSL 5-2 to advance to the quarterfinals of the league’s bubble-centric tournament near Orlando, Florida.

Douglas Martinez and Damir Kreilach each scored for Real Salt Lake, which ends the tournament with one win, a scoreless draw and two losses in four matches.

“San Jose is tough to beat. I thought our guys came out with our game plan. We worked,” RSL coach Freddy Juarez said after the match. “When we were playing our best soccer, they got that third one and it was tough. Their goalkeeper came up with a couple of big saves that we normally score.

San Jose, which was on nearly a week of rest since its last group-stage game, advanced to face the winner of Columbus Crew SC and Minnesota United on Aug. 1.

RSL will go home, to an uncertain future, with the hope that Major League Soccer will continue the 2020 season in some form — but no formal plans or promise just yet. The league has said it wants to continue the season in home markets, but details have been scarce and only a few reports have trickled out involving regional play and a conference-heavy season before an amended MLS Cup playoff format in the fall.

“Of course, it was a tough loss. We didn’t imagine losing in this way,” said Kreilach, who scored a team-best two goals in the tournament. “But we are going to work hard and prepare ourselves for the rest of the season. We want to be better, and every second, we will adjust together.”

Yet despite the lopsided score, the game didn’t turn on its head until late.

The CHIP from Douglas Martínez! 👌

With RSL midfielder Albert Rusnak wearing the captain’s armband in his return from a hip injury, Espinoza opened the scoring in the 21st minute with a long-range strike for the Quakes, but Martinez equalized just over a minute later. The Honduran international who played a strong tourney broke free off the restart, when Corey Baird chipped the ball over the defense from near midfield. Martinez then cheekily chipped San Jose goalkeeper Daniel Vega, and tied the match at 1-1 at halftime.

It was Martinez’s first goal of the MLS is Back tournament, and his first since lighting up the second-division USL Championship with 17 goals in 2019.

“It was a play that we do often during training,” said Martinez in Spanish after the match. “It’s great to score my first goal for the team, but unfortunately we lost this match. I’ve got to keep working to keep improving and working hard for the team.”

Alvin Jones, who replaced fullback Donny Toia at halftime, made his season debut for RSL at halftime. Moments later, the Trinidadian international conceded a penalty, which Erikkson smashed past RSL keeper Zac MacMath to give the Quakes a 2-1 lead before the 50th minute.

The 26-year-old Jones was the Trinidad and Tobago fullback who scored the game-winning goal in a World Cup qualifier against the United States that kept the Yanks out of the 2018 World Cup.

Just moments after Kreilach had another potential equalizer saved by Vega, Qazaishvili made it 3-1 with a give-and-go in the penalty area in the 61st minute.

Vako makes it a 3-1 advantage. #SJvRSLpic.twitter.com/3fwYNwWqJK

Kreilach pulled one back in the 75th minute with a left-footed shot through traffic that pinged the far post on its way into the net. Marcelo Silva laid out a perfectly weighted through-ball to spring Kreilach, who pulled RSL within 3-2 shortly after Justin Meram and Kyle Beckerman came on to reinforce the midfield.

“We played well. We created the chances,” Kreilach said. “I know it’s weird to say that, because at the end, we conceded five goals. But I can say the team gave everything we had. I thought the chance at 3-2 that maybe we could score 3-3 and turn the game around.”

But less than 10 minutes after setting up the goal, Silva was sent off with a red card for a studs-up tackle, forcing RSL to play with 10 men for nearly 10 minutes of the second half.

“Passion; 100% passion," Juarez said of Marcelo's rough tackle. "That man does not want to lose."

But in the 85th minute, Wondo did what Wondo does, when Wondolowski poached a goal in front of the net to restore the Earthquakes’ two-goal lead, 4-2.

Beckerman also drew a red card just before the final whistle, earning the infraction in the seventh minute of stoppage time when Eriksson converted his second penalty that ended the match against (officially) a nine-man RSL squad.

“When we were playing our best soccer, they got that third one and it was tough,” Juarez said. “Their goalkeeper came up with a couple of big saves that we normally score. We fought and we fought, but we take a lot of positives. It never feels good to give up five goals.

“The guys fought their hearts out. That’s all you can ask from the guys.”