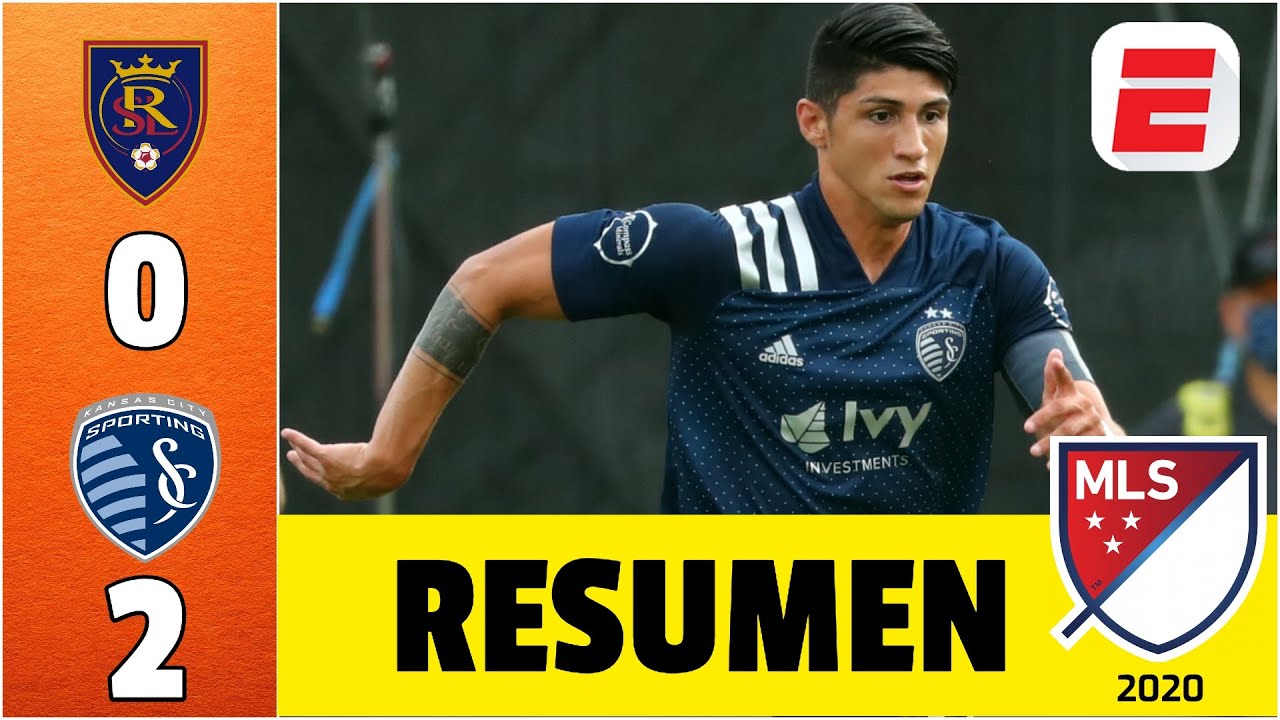 SALT LAKE CITY — In the earliest match of the MLS is Back Tournament, Real Salt Lake forgot to wake up.

Kicking off at 9 a.m. local time Tuesday morning (7 a.m. back in Utah), the club couldn’t recover from a first-minute goal by Johnny Russell, falling to Sporting Kansas City 2-0 in the MLS is Back tournament group-stage finale at ESPN Wide World of Sports near Orlando, Florida.

Gerso Fernandes also scored for Sporting Kansas City (2-1-0, 6 points), and Tim Melia made one save to earn the shutout.

Russell put Kansas City up barely 50 seconds into the match, finishing off a ball from Alan Pulido that pinged around the penalty area a few times before slipping past RSL goalkeeper Zac MacMath.

It was the first goal of the tournament allowed by MacMath and RSL, who cruised by Colorado 2-0 in the opening match and held off Minnesota in a scoreless draw in the second fixture.

RSL coach Freddy Juarez told ESPN during an interview at the first-half hydration break he had “no words” for RSL’s early struggles that led to the first-minute goal.

“We had an opportunity to clear it three or four times, and it definitely shouldn't happen,” Juarez said, “especially on a set piece."

The goal may also have shocked the club. Whether by sheer surprise of a set piece in the opening minute, or disagreement with the called corner kick, RSL wasn't ready. For that, Juarez took "100%" of the blame.

“They get the corner kick and from my point of view, I thought his shot went off of Aaron then bounced back off of him then went out," Juarez said. "I may be wrong but that’s what I saw. I think from there maybe we get lost in the moment and I think our team was thinking it didn’t go and we weren’t in agreement with it.

"Again, maybe I didn’t focus enough on that at the beginning of the game and they capitalize on it. Even then I think there was a scramble in the box and we had to get rid of it and we just couldn’t. Again, it’s 100% my fault that I didn’t have them focused because I think the rest of the game our guys were focused.”

RSL (1-1-1, 4 points) had cleared the group stage due to other results, with four points being among the four best third-place finishes from Major League Soccer’s six groups. They went back to the hotel to await the results of Wednesday night’s group finale between Minnesota and Colorado, perhaps silently rooting for the Rapids to win and provide a path toward a better seed.

But with Minnesota’s 2-2 draw with Colorado, the Loons moved up a spot and pushed RSL down to third place in the group.

Kei Kamara gave the Rapids a 1-0 lead just under 20 minutes into the match, scoring the 1,000th goal in franchise history.

But Ethan Finlay scored twice before the break to help Minnesota to a 2-1 halftime lead. Colorado’s Jonathan Lewis fired a rocket just before the hour mark to equalize, but the Rapids couldn’t find a go-ahead goal in their best match of the tournament.

“We already knew we were through, but the points from this game still count in the regular season. So it was still important,” RSL defender Aaron Herrera said. “We just have to pick ourselves back up and move ahead forward.”

After the match, Juarez heaped responsibility for the slow start on his own shoulders.

“I take total responsibility for that first goal,” he said. “I didn’t have the guys ready coming out of the locker room and in the beginning of the game. Then after that, I thought we started to find the rhythm of the game.

Still, the team got better. They found a way back into the game, and for large portions of the match, even attempted to threaten in the offensive third.

That final touch, however, wasn’t there. Meanwhile, the constant pressure against a Kansas City side that could afford to sit back and absorb led to a counter-attacking opportunity from Fernandes, when the second-half sub found space with a pass from Pulido just two minutes after he subbed on in the 84th minute and buried a shot from the edge of the penalty area for the final 2-0 margin.

“It’s always tough to start that way,” RSL center back Justen Glad said. “You start off on the back foot, down 1-0, and starting behind. It’s always tough … but I thought we responded well after that. We definitely started playing better once we woke up, but you can’t be asleep on the first goal.”

The club tried to find an attack. Douglas Martinez Jr. replaced Sam Johnson, who made his tournament debut along with defender Erik Holt, at halftime. Pablo Ruiz and Maikel Chang replaced Kyle Beckerman and Justin Meram to provide more attacking bite in the midfield, and Giuseppe Rossi filled in for Damir Kreilach for the final 20 minutes.

But RSL’s only shot on target was Kreilach’s first-half limp shot that Melia easily corralled to keep the shutout.

“We’ve got to continue to grow as a team,” said Juarez, citing “character” and “belief” in his squad moving forward to the knockout round. “There are teams that didn’t score at all in this tournament. In all three games, we had moments where we controlled.

“I don’t think we lost because we’re a bad team. We’re a good team that didn’t win today. We played a very, very good team — and we’ll continue to get better.”