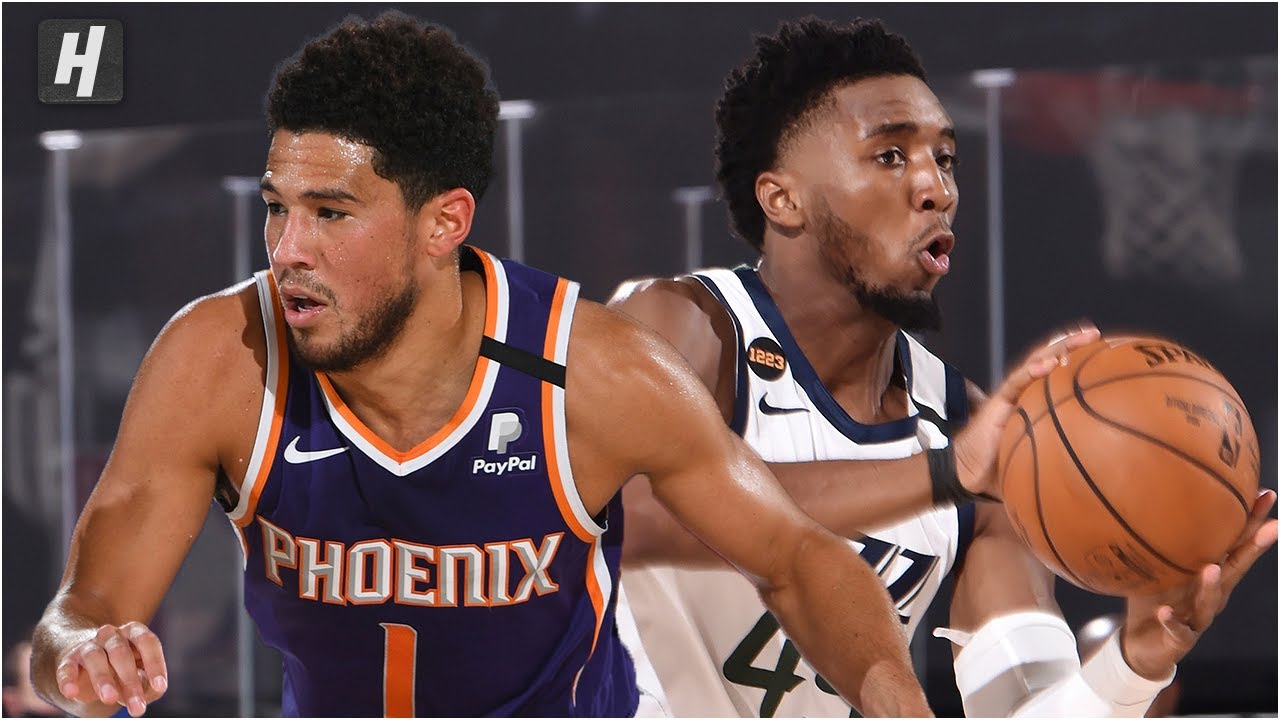 SALT LAKE CITY — Less than two hours before the Utah Jazz would take a big step toward restarting their season with a scrimmage against the Phoenix Suns, head coach Quin Snyder said he was planning on using some different combinations during Thursday's quasi preseason game — even hinting at one such unique pairing: Rudy Gobert and Tony Bradley.

In all of the analysis of how the Jazz were going to replace the injured Bojan Bogdanovic, that one hasn’t really been discussed. But at the start of the third quarter, there it was, the two Utah Jazz centers sharing the court

And, well, for one night, the combination worked. Or at least the Jazz worked around it. In the third quarter, Utah went on a 14-2 run to cut a once-sizable Suns lead to just two points with one of the highlights being a quick interior pass from Gobert to Bradley for a two-handed slam.

And that was one of the only times the Jazz were close on Thursday in a game the Suns won 101-88 at the HP Fieldhouse court in Orlando, Fla. in both teams' first NBA bubble tuneup.

That result, though, was meaningless. And there were enough productive moments on Thursday that should have Utah feeling OK moving forward.

For example, Donovan Mitchell, who looked every bit like an All-Star guard. He scored the Jazz's first points when he took a trailing bounce pass from Mike Conley and nailed a 3-pointer. That was the beginning of a 17-point night where he was 3 of 4 from 3-point range. Mitchell also had four assists for Utah before he checked out for the final time with 2:35 to play in the third quarter after playing just 21 minutes.

Then there was Conley who, after an inconsistent first half, found his groove in the third quarter, scoring 8 points in the quarter to push the Jazz back into the game. He finished with 12 points and an assist; like Mitchell, Conley also sat out the final quarter.

And there was Utah’s defense, which allowed the Suns to do anything they wanted in the opening half (Phoenix was 17 of 25 from inside the 3-point line — yep, the Jazz defense practically allowed a layup line), but toughened up with Gobert becoming much more engaged and allowing the Jazz to make a push. There was a time Utah forced five consecutive turnovers.

“The beginning of the third quarter we just picked it up in general,” Snyder said.

Part of that was the little-used, giant-sized combo of Bradley and Gobert.

Mitchell said it reminded him a little of his first two seasons when he shared the court with Gobert and former Jazz forward/center Derrick Favors.

“When Tony came in, I think he did a great job on the floor,” Mitchell said. “It kind of reminded me of playing with Faves. ... I think that's kind of what I can relate it back to.”

While the Jazz’s spacing on offense suffered in the years of the Favors-Gobert combo, their partnership did help Utah to some big moments — including two playoff series wins. And with the Jazz having shot 36.4 from the field in the first half against the Suns anyway (this team, once again, fell in love with some midrange floaters early), it seemed like a good time to try out some new things.

And count Gobert as a fan of the bigger lineup.

“Love it. I think it can be a strength, if we learn how to play together, both defensively and offensively,” Gobert said. “I think we’ve done it a little bit in practices over the last few days. Obviously, I'm used to it because I'm used to playing with Faves, but Tony, it's a little bit of something new. So I believe in it. I think it can really be something that we can look at it and can be a plus for us as a team.”

Snyder said the lineup is one of many the Jazz wanted to take a look at as they prepare for the restart on July 30 against New Orleans Pelicans. And, yes, it could be used again — or it might not. That’s the fun of these scrimmages. It allows for some experimenting as the tuneup for the real games to begin again.