SALT LAKE CITY — Colleen hopped on her computer Saturday to automatically refill her prescription of hydroxychloroquine at the Walgreens near her home in Midvale. But an out-of-stock message popped up instead.

The pharmacy was out of the drug, had ordered more and would let her know when it was available, the notification read. But when Colleen, who asked that she be identified by her first name only, called to see how long it would take for the drug to arrive, the technician said they weren’t quite sure.

"The pharmacist tech that I talked to blamed it on COVID. … And I was like, 'Well, what do I do?'" she asked.

Colleen has taken the medication since October when she was diagnosed with lupus, and it normally takes about two to six months to start working, she explained. If she runs out of her medication, she’s worried she might have to start that process all over again.

And Colleen’s not the only one facing a drug shortage.

Hydroxychloroquine and chloroquine, drugs normally used for illnesses like lupus, rheumatoid arthritis and malaria, have been in short supply everywhere since President Donald Trump called attention to the drugs Thursday.

A day later, however, the government’s top infectious disease expert, Dr. Anthony Fauci, said studies that show improvement in COVID-19 patients who take the drugs are still anecdotal since the studies weren’t controlled or randomized. But Utah health officials are a little more optimistic about the drugs’ potential. 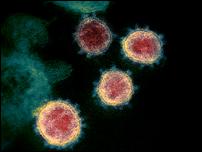 Trump announced that two drugs will be made available “almost immediately” to treat COVID-19 patients. Utah health officials are saying, sure — but let's get a few things straight.

Multiple studies and reports testing the efficacy of the drugs around the world have also shown positive results, and a study recently conducted and published in France showed a stark drop in virus replication among patients who were prescribed the drugs, Hegmann explained. While the study was not randomized, it’s exceptionally difficult to see results that stark caused by another factor, he added.

“Taking this scientific evidence and putting it together, we assembled a team,” including both those in the public and private sectors, Hegmann continued.

The state sent out a survey to all pharmacies to assess the supply of the drugs throughout Utah and was planning to sign a standing order that would allow Utahns to obtain the drugs from a pharmacy without a doctor’s prescription — after using an online screening tool.

Just a few days later, however, the state decided to hold off on signing the standing order.

“(The drugs are) definitely best administered under the care of a provider. We don’t want patients out there self-administering chloroquine or hydroxychloroquine. So the governor has asked the state to reevaluate the idea of a standing order,” state epidemiologist Dr. Angela Dunn said.

An Arizona man, who feared the coronavirus, recently died, and his wife is in critical care after they ingested a form of chloroquine used to treat aquariums.

The state is now focusing on making chloroquine and hydroxychloroquine available to providers and letting physicians prescribe the drugs to patients if they think it’s appropriate for COVID-19, she added.

In a clash of gut instinct versus science, President Donald Trump and the government's top infectious disease expert, Dr. Anthony Fauci, are politely but publicly sparing over whether a malaria drug would work to treat people with coronavirus disease.

Dan Richards, a pharmacist and CEO of Meds in Motion who has been assisting with the state’s effort to make the drugs available, hopes the state does eventually enact a standing order, though the drugs should be reserved for those who have active cases of COVID-19, he said.

Otherwise, those who take medication for other health issues won’t be seeing much of it.

“The problem with patients running out of … this medication is real, and it’s going to be real. It’s not going to change,” Richards said. “It’s a global supply chain issue.”

Richards believes the drug will be harder to find for the next three to six months, and those who take hydroxychloroquine and chloroquine for other medical issues may even have to switch medications.

Luckily for Colleen, her doctor was able to transfer her prescription to another pharmacy, and she’ll be able to refill before her current supply runs out.

“If this is being used to help people who are, you know, trying to recover from COVID-19, then it’s a good thing,” Colleen said. “But at the same time, I just don’t know how this is gonna impact me. So that has me concerned.”