SALT LAKE CITY — The energy and climate crisis has become one of the top challenges facing the United States and the rest of the world.

Among entities working to address those challenges is the Utah Associated Municipal Power Systems, a Utah-based electric utility consortium seeking to generate carbon-free alternatives to fossil fuel for electricity.

A number of years ago, UAMPS began spearheading a project known as the Carbon Free Power Project, which will utilize small modular nuclear reactors (SMRs) as energy sources for member utilities. The consortium is addressing a potential climate crisis, as UAMPS members move to decarbonize their energy portfolios. If built, it will be the first small nuclear reactor project in the United States.

While controversy often surrounds nuclear energy, Webb highlighted key differences between nuclear technology of the past versus that of the future. The UAMPS project will be next-generation nuclear, vastly different than the traditional huge nuclear reactors — a few of which have had problems in the past, such as Chernobyl.

"These modules, manufactured by NuScale Power, are smaller, less expensive and much safer than the old large reactors. These modular reactors are what the future of nuclear technology looks like. " Webb said.

Each SMR will be factory-built and capable of generating up to 77 megawatts of electricity. To ensure greater safety in the event of an emergency, no AC/DC power, human input, or additional water is required to cool the reactors.

While renewable energy sources such as wind and solar power are important in curbing carbon dioxide emissions, they need to be complemented with a stable energy source that produces electricity whenever it is needed.

Nuclear energy is also the densest form of energy. It doesn't require thousands of acres of land, like wind and solar. For example, UAMPS owns the Horse Butte Wind Farm, located on 17,000 acres of land in Bonneville, Idaho — an enormous environmental footprint.

The Carbon Free Power Project, which will generate far more electricity than the wind farm, will be located on only about 40 acres. Webb emphasizes that the small design will enable and complement renewable resources, and he said the U.S. Department of Energy agrees.

"Renewables are critical and very important, but we will not get to clean and cost-effective energy as fast as we need to with renewables only. In fact, former Obama administration EPA director Carol Browner was and remains a strong proponent of nuclear power because it keeps the electric grid stable, compliments renewables, and is sustainable," Webb said.

Is next generation nuclear technology destined to serve Utah?

NuScale Power says that its technology being used in the creation of small modular reactor nuclear power plants can deliver 25% more power per unit.

Browner recently stated that it would be "irresponsible to halt nuclear power. In addition, President Joe Biden has placed further emphasis on moving the country toward a carbon-free energy sector and supports next-generation nuclear as part of the energy mix, according to Webb.

Aside from the environmental reasons for decarbonization and the need for nuclear energy, national security reasons exist as well. Currently, two-thirds of all nuclear power plants are built by China or Russia. According to nuclear advocates, these countries utilize their nuclear energy capabilities as a way to exert geopolitical influence over other countries.

When will new nuclear power arrive?

The NuScale SMR design has been approved by the U.S. Nuclear Regulatory Commission, and full design certification should be achieved later this year. UAMPS is now beginning the process of applying for a license to construct and operate the plant.

If all goes well, construction could begin in 2025, and the first module could be operational in 2029.

Critics of UAMPS have questioned the affordability of nuclear energy for consumers. In fact, multiple Utah cities once part of the Carbon Free Power Project pulled out of the deal last year; Logan was one of those cities.

"I loved the design of the SMR power plant. I do understand the advantages of this one over the larger power plants," said Tom Jensen, a member of Logan's city council. "However, it looked like the costs were going to skyrocket over time, which is why Logan ended up giving the project the red light last year."

But Webb told KSL.com that UAMPS will only construct the nuclear project if proven to be cost-effective.

"We're committed to bringing the cost in at about the same price as other stable, always-on, carbon-free resources. When individuals say the cost of natural gas-generated electricity (which is not carbon-free) is less expensive than nuclear, in almost every case they're comparing natural gas to the older large plants — which isn't what we're proposing to build."

If UAMPS' carbon-free proposal proves affordable, UAMPS member utilities and other electric utilities in the western half of the U.S. could be using the SMR technology by the end of the decade. Twenty-seven UAMPS members have said they are participating in the project thus far. This is a high participation rate for any UAMPS power project, according to Webb.

The U.S. Department of Energy announced on Oct. 16, 2020, that UAMPS would be receiving a $1.355 billion cost-share award for the development and construction of the Carbon Free Power Plan.

Mike Squires, director of government affairs at UAMPS, believes this award is an acknowledgment by the U.S. Department of Energy that nuclear reactor technology is critical to the nation's future.

"Simply put, the United States will not be a leader in advanced nuclear reactor technology, nor have any realistic chance at meeting its carbon reduction goals, without advanced reactor technology like the SMR designed by NuScale and used by UAMPS," said Squires.

Squires further explained that the Carbon Free Power Plan, which was started during the Obama administration, has had strong support from the last two presidential administrations and also enjoys broad bipartisan and bicameral support in Congress.

"This DOE award is a manifestation of that commitment — and a commitment that is likely to continue into the Biden administration. President-elect Biden along with Democrats in the House and the Senate have all included SMRs like the NuScale model in their climate change plans," Squires said prior to the president's January inauguration.

"This can provide both parties with a political win, and more importantly a win for the electrical grid, energy costs and the environment." 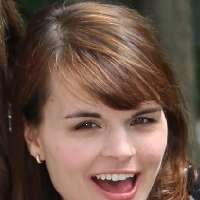 Sara Jarman
Sara Jarman is a former journalist and content marketer who now serves in the Judge Advocate General's Corps of the United States Army. Her book "Elephants on the Rampage: The Eclipse of Conservatism in America" came out in February 2017. She previously worked as a content manager for KSL.com.