SALT LAKE CITY — Utah fans built on their lead over the other two local fan bases with a dominating 45-15 home win against Colorado in Week 14 of KSL College Football Pick'em.

Ute fans averaged 24.9 points this week, aided largely by scoring 37.7 points on their game against the Buffaloes. Three Utah fans also ended the week in the top three of the leaderboard to sweep the weekly prizes.

Utah State took second with their win over New Mexico, averaging 24.2, while BYU came in third at 22.1.

The other game of note in Week 14 was No. 15 Auburn's thrilling win over No. 5 Alabama. With so many points scored in the game, 1,173 participants got the base 10 points while a lucky someone guessed the 48-45 score right on.

Below are the results from Week 14, including the updated leaderboard from the KSL.com Sports group. 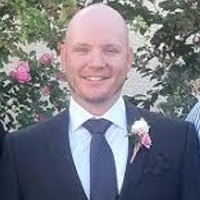