Gill filed a notice in 3rd District Court last week stating his office’s intent to seek the death penalty for 26-year-old Shaun Patrick French if he is convicted of aggravated murder, a first-degree felony.

French is accused of stabbing 15-year-old Baleigh Bagshaw to death in her home on May 7, 2018. Shortly before Baleigh’s death, she had told her mother she had engaged in a sexual relationship with French while he was living with her family, when she was 14 years old, according to authorities.

In recent media interviews, Gill stressed to reporters that he did not take the decision to pursue capital punishment lightly, noting it was only the third time since he took office eight years ago that a case has been certified for the death penalty.

The motion filed Friday pointed to those comments by Gill to reporters.

Now French’s attorneys are asking the court to impose a gag order in the case, arguing that Gill’s comments to the press “have a substantial likelihood of poisoning future jurors” and that the comments “do not serve any proper purpose.”

“Telling prospective jurors the theory of the case and publicly making allegations about the intent of a defendant prior to trial is certainly likely to have an effect on those jurors,” attorney Michael Misner wrote. “Further, announcing to the jury pool that you have taken extra time and effort and have decided that death is appropriate tells jurors that someone of authority has already made the ultimate decision that should be left to those jurors.” 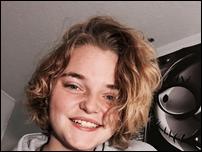 Prosecutors are seeking the death penalty for a 26-year-old Utah man accused of killing a teenage girl after she ended their relationship last year.

“Finally,” Misner continued, “implying that somehow this case, this crime and/or this defendant are one of the three worst in his tenure is very aggravating and inappropriate.”

The order “could be as narrow as needed, but should simply stop the parties from making public statements that would inform the potential jury pool of facts not already reported, arguments about the intent of the defendant or any other witness that might testify, or making potential sentencing arguments,” the motion states.

“We are disappointed at the district attorney’s decision to go forward in this way notwithstanding the moral implications but the enormous financial cost to the county and to our office,” the defense team said in the statement.

French is accused of attacking Baleigh in her home while she was on the phone with her mother after school. He was arrested in southeast Colorado two days after the teenager’s death.

His brother, Cody French, said during a preliminary hearing in August that he recalled his brother saying he had slit the girl’s throat. Cody French also testified that Shaun French had discussed suicide after the sexual relationship ended.

In the same hearing, a Salt Lake police detective said French had a friend create a Facebook account that was then used to send intimate pictures of Baleigh to her mother before her death.

French has also pleaded not guilty to other charges, including sexual exploitation of a minor and newer counts of witness tampering.