SALT LAKE CITY — 5G has been the talk of the tech world for years now.

The new encoding method is the fifth-generation of cellular wireless and stands apart because it's faster and better at connecting a lot of things at once. Tech experts say it will change the way our world operates.

AT&T wanted to get a jumpstart, though, so if you’re an AT&T customer and you’ve noticed a little 5GE icon where your LTE or 4G one used to be, here’s what’s actually going on.

You don’t have 5G wireless. Sorry.

You have 5G Evolution, which AT&T spokeswoman Suzanne Trantow says is a key part of the company’s transition from LTE to standards-based 5G. It’s two times faster than standard LTE and is available in over 400 markets, she said.

Other wireless networks disagree, however, and say AT&T is just falsely branding 4G as 5G with a fancy new logo. In fact, Sprint is suing AT&T for deceptive marketing techniques, claiming that AT&T tried to convince customers they had won the race to 5G before they actually had.

But while you may not have what you thought was 5G (don’t worry, the real thing will be way better), Utah does appear to be slightly ahead of the curve in getting the new technology to you.

The bill’s sponsor, Sen. Curtis Bramble, R-Provo, said SB189 was meant to establish a framework for networks to deploy small-scale antennas when 5G is ready to go, but also to ensure that cities could have a say in where, when and if those networks did so.

Some of the cities were delaying applications from networks, so the bill put a “shot clock” on those areas, he said. It does not, however, overrule the city’s ability to say no, Bramble explained. 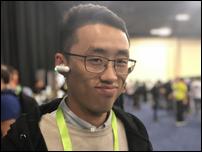 Here are the 8 tech trends you’ll see this year

Last year was a rough one for the tech world, but this year promises to be better. Here are the eight tech trends you'll likely see in 2019.

While the bill doesn’t go into effect until September, Salt Lake engineer Matt Cassel said two companies that provide services to networks like Verizon and Sprint already have all the agreements in place to install the antennas — and AT&T is in progress to do the same. None of them have yet applied for permits, though.

“We thought they’d be starting (installation) back in October, and so we’re surprised we’ve not issued any permits yet,” Cassel said. “Now, I think they’re coming because, like I said, plans have been submitted to our utilities department.”

However, Cassel believes it will still be a couple more years before 5G becomes reality. Right now, his guess is that these companies are installing antennas to improve wireless connection in spotty areas.

“But we know (5G) is coming because there is a goal in the communication world to get to 5G here in the next couple years,” he said.

While it’s a worthy goal, Cassel is worried about the space issues it will cause on the utility and power poles at the right-of-ways where most utility connections are located.

“How many of these can we actually put in the ground? Because all of these are going to … need to be connected to something. Where is that going to come from?” he asked. “How’s all this stuff going to fit? That’s our problem is making sure that all of these things, as they come forward, that there’s some place to put them.”