SALT LAKE CITY – A standoff of sorts is occurring in Salt Lake County, between District Attorney Sim Gill and the Utah State Fraternal Order of Police. In 18 officer-involved shooting cases this year, nine officers — the majority represented by the FOP — have chosen not to talk to the district attorney’s investigative team.

The FOP said Gill drags his feet on the cases, twists evidence, and paints officers as guilty in his public presentations of the cases. Gill said there is no proof of that. He said police officers have a tough job to do, but he does too.

Gill was just re-elected to a third term, and the disagreement shows no signs of ebbing.

Gill spent the 45-minute interview denying he has it out for police officers.

“My function is to get to the truth,” Gill said. “I’ve been a public prosecutor for 23 years ... and I love my job and I support law enforcement.”

Rawson is the attorney for the 3,500 member police union. “I believe (officers are) scared,” he said.

He said the relationship between the FOP and the district attorney has disintegrated to the point that police officers are going to die.

“I’ve had clients call concerned they’d have to take the first bullet, rather than subject their family to years of prosecution,” Rawson said.

“It’s no secret in any corner of the police world,” said Ian Adams, the executive director of the FOP.

Why have things gotten so bad? Adams points to his own experience.

As a police officer, he shot a man who’d threatened to kill police officers in 2014. It took Gill almost two months to rule the shooting justified. Adams said Gill leaves other officers in limbo for far longer.

“To be subjected to a year, two years, three years, of being dragged through the criminal process, lose their marriages, their life, their house, their belongings, their job,” Adams said.

Gill said an independent task force gathers evidence in these cases, then turns over their findings to him for a decision on whether to prosecute the officer.

The KSL Investigators analyzed the 60 officer-involved shootings during Gill’s five years in office. The quickest turnaround was eight days. On average, it takes him 88 days to rule a shooting justified or not.

“If it takes a little bit longer time, it’s because of the facts of that specific case,” Gill said.

The KSL analysis showed several rulings took much longer: six, nine, and even as long as 11 months for Gill to reach a decision.

“There’s no magic formula, there are no two similar shootings,” Gill said.

The union believes Gill uses news conferences announcing his decisions as a way to try police officers in the press and win over voters in the court of public opinion.

“We’ve never ever made a decision because of any politics,” Gill said. “My goal is to be open and to be transparent to share that information.”

We’ve never ever made a decision because of any politics. My goal is to be open and to be transparent to share that information.

While the union accuses Gill of being unfair to police officers, the KSL analysis showed Gill overwhelmingly rules in their favor, determining officers were justified in pulling the trigger 83 percent of the time. Gill ruled four cases not justified, and he has only charged three officers with a crime for their shootings.

But the union’s main arguments rest on these three cases. Two were dismissed in court for a lack of evidence. The third is pending in court.

When asked if he has any regrets for charging those two officers, Gill replied, “No. When we make our decisions to charge, we believe it’s the right thing to do based on the available evidence to us.”

All of this boiled over this election year.

“Do you tell your clients (not to) talk to Sim Gill?” Dujanovic asked Rawson.

“It would be malpractice for me not to describe to a client the political environment we’re in,” Rawson said.

The KSL analysis showed of the 43 officer-involved shootings prior to 2018, nearly every officer either agreed to be interviewed or provided a written statement to Gill. This year, nearly all FOP represented clients have decided to remain silent.

Of the 17 officer-involved shootings that happened in 2018 before the midterm election in November, nine officers exercised their constitutional right to remain silent and not talk to investigators, Gill’s office, or Gill about why they pulled the trigger.

The KSL investigation found no evidence officers aren’t participating in their agency’s internal investigations. Those are conducted to determine if an officer violated department policy when they pulled the trigger.

“Officers believe they’re more at risk of Sim Gill, being sacrificed on the altar of his politics, so they’ve just declined to be interviewed,” Adams said.

Officers believe they’re more at risk of Sim Gill, being sacrificed on the altar of his politics, so they’ve just declined to be interviewed.

In a twist, that very strategy could be tying up more investigative resources, leaving officers fates in limbo much longer. The KSL analysis found it took Gill an average of 73 days to issue a ruling when police officers talked. When they did not, the average doubled, to 146 days.

When officers don’t talk, Gill relies on other evidence, including body camera video, to understand their actions and issue a ruling.

The conflict has changed policies in some police departments. Police officers used to stay off the job until the district attorney ruled, but departments can’t afford to be down police officers for months. Some departments now let them return to the streets after they complete their own investigation and when the officer feels ready to return to work, without waiting for Gill’s ruling.

When it comes to overall public safety, both Gill and the FOP said the standoff isn’t affecting arrests and prosecutions, but that is difficult for KSL to independently confirm. 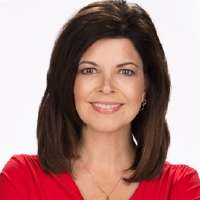 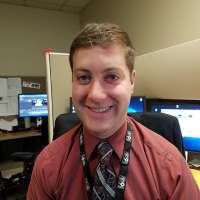