PROVO — A mother believed she had properly vetted a Utah County community where she allowed her 7-year-old daughter to play with friends last year, consulting a sex-offender registry there.

But she later learned that a man in a household she trusted to supervise the children sexually abused her daughter and two other girls repeatedly.

“The house (she) was playing in turned out to be the house of horrors,” the mother told a courtroom Tuesday, shortly before a judge essentially ordered a life prison sentence for 33-year-old Johnathon Damion Nixon.

A sex offender in Utah and Indiana, Nixon had failed to register as such in both states. At the time of the abuse in Utah, he was on federal probation for failing to put his name on the list, noted 4th District Judge Derek Pullan.

Nixon in June admitted to touching and performing sex acts with two girls over months, and on another girl for more than three years. The judge added that he had insisted the girls had been flirting with him.

Pullan said that claim of flirtatiousness is “the most aggravating of circumstances" in the case.

“Clearly you need rehabilitation, but you've had opportunities to do that in the past,” the judge told Nixon.

He imposed consecutive sentences of at least 25 years and up to life for each of three convictions of sodomy on a child; and at least 15 years to life for three counts of aggravated sexual abuse of a child.

Pullan also noted that the trauma Nixon inflicted on the three girls under the age of 8 would continue to hurt them as they try to heal.

"You have sexualized them in their infancy to satisfy your own sexual interests," Pullan said.

In another emotional statement, the mother of a girl Nixon abused when she was 4 and until she was 7 said he should never be released from prison.

"He doesn't deserve a chance to start fresh. Our girls will never start fresh. They're going to live with this for the rest of their lives," she said.

The Deseret News typically does not identify victims of sexual abuse and is withholding the mothers’ names for that reason.

Nixon, wearing a beard and shackled in a Utah County Jail jumpsuit, told the judge “I stand here in shame and guilt at the man I’ve become.”

His defense attorney, Dustin Parmley, said Nixon “is a human being who did some horrible, horrible things” but who has made an effort to change his trajectory as the court case played out.

He said Nixon took a plea deal instead of going to trial in order “to not put these girls through more torture and more hell” that would come with testifying in court. Parmley added that his client had disclosed more serious abuse than was initially reported, and volunteered to police that he abused two other girls, not just one, because “he wanted to tell the truth.”

The judge acknowledged Nixon’s confession, but said he had done irreparable harm.

"You have stolen their childhood," Pullan said. 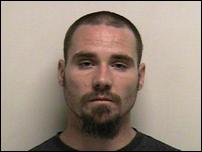 An Eagle Mountain man who faced 50 counts of sexually abusing children between two cases has pleaded guilty to some of the counts.

A mother of the youngest girl Nixon abused agreed. It wasn’t just physical assault, but “mental abuse and torture” that Nixon inflicted on the girl when he told her she was helping him at the time.

“My daughter has to serve the rest of her life in her prison, that he caused, he built for her, and he put her in,” she said. “No amount of time he could receive is going to be enough.”

At 4 years old, the girl could not flirt and did not have sexual desire, she noted.

Worse, the mother added, “she trusted him.”

The girl's mother, who thought she had been diligent in checking the sex-offender list, described her daughter’s passions for dance and music, saying she has a contagious laugh and a heart “as big as the sun.”

But she has grappled with “the emotions of hurt and anger and confusion over and over again, not to mention embarrassment” during hourslong police interviews, she said. The child also developed infections from the sexual behavior Nixon engaged in, she added.

The woman said she is a single mother who has exhausted paid time off at work, almost lost her job and has little money as she helps her daughter get therapy and navigates the courts.

“Behind bars is where he needs to be for the rest of his life,” she said, “and I beg you will not let him hurt somebody else's little girl.”

Following the statements, the judge ordered Nixon to a much longer prison term than prosecutors and Nixon's attorney had agreed to in a plea bargain.

Under Utah's sentencing guidelines, prosecutors expect that Nixon will remain in prison for 70 years until he is eligible for parole, Johnson said.

The plea agreement recommended the sentences all run at the same time, instead of one after the other.

Nixon originally was charged with 50 counts of sexually abusing children between two cases. In exchange for his guilty pleas, several other counts were dismissed. In 2005 in Davis County, he was convicted of one count unlawful sexual activity with a minor, a third-degree felony.