What is an inland port and what would creating one mean for Utahns?

SALT LAKE CITY — State and local leaders are disagreeing over a business and trade opportunity that could give Utah's local economy a boost.

SB 234 would create an inland port authority that would have control over a huge land area in Salt Lake City's northwest quadrant. The bill has ignited a fiery debate, with city leaders suggesting the state is instituting a land grab that would take valuable tax revenue away from Salt Lake City's schools and libraries.

Salt Lake City Mayor Jackie Biskupski and Utah Gov. Gary Herbert met on Wednesday to discuss the controversial bill. Biskupski and other local leaders want Herbert to veto the bill, but he has already said he plans to sign it into law.

Here's an explanation of the bill and the implications it would have if signed into law:

What is an inland port?

An inland port, or dry port, typically refers to a logistics and distribution hub inland from coastal seaports, according to the Associated Press.

In Salt Lake City's case, after cargo arrives at West Coast seaports, it would be transported to Utah via ground or rail. From there, the cargo would either be stored for future use or processed and distributed to its intended destination.

Inland ports alleviate some of the pressure on coastal ports by handling that distribution workload. Similar ports have been established in Kansas City, Missouri, and Greenville, South Carolina.

Salt Lake City is considered a good place for an inland port because several major interstates and rail lines go through the city, and because the city has an international airport. Some local business leaders have said the presence of an inland port would be a boon for Utah's local economy, according to the Associated Press.

Who would be in charge of the inland port?

SB 234 would create an Inland Port Authority, with a board made up of 11 members.

The governor would appoint two members of the board. The president of the state Senate, the speaker of the House of Representatives and the Salt Lake County Mayor also would appoint one member each to the board.

The Salt Lake City Mayor would not get a board appointment under the bill. The city's representative to the board would be the member of the city council who has been elected by the residents of the northwest quadrant land area.

The chairperson of the Salt Lake Airport Advisory Board, the executive director of the Utah Department of Transportation, the city manager of West Valley City, the chairperson of the Permanent Community Impact Fund Board and the director of the Salt Lake County Office of Regional Economic Development also would have a seat on the inland port authority board.

How would an inland port be paid for?

If SB 234 passes, the port authority would receive the property tax revenue differential for the land in the northwest quadrant of the city that it covers, according to the bill.

As properties in the northwest quadrant are developed and become more valuable, the tax bill for those areas will increase.

The port authority would get tax revenue from that increase in property value. Property tax differential refers to the difference between the tax revenue gained from a property's current assessed value and the property's base taxable value.

That could mean more than $500 million in revenue over the next 25 years would go to the port authority under SB 234, according to an emailed statement from the Salt Lake City Council.

The port authority also would be able to issue a bond or seek federal funding to develop the land.

Economics of an inland port 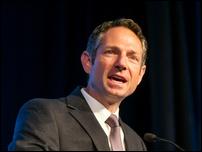 Some of Utah's top business leaders said that building another major junction here — an inland port — could provide a major boost to the local economy as cargo is ferried from West Coast seaports to the rest of the country.

What is the land area that would be covered by the bill?

The land that would be subject to the provisions of SB 234 includes the area from I-215 west to the Salt Lake City boundary and from I-80 north to the city boundary.

It also would include the land in between I-80 and state Route 201 from Bangerter Highway in the east to the Kennecott tailings property in the west, as well as some land south of SR 201 in between 5600 West and 8000 West.

The bill excludes the Salt Lake City International Airport, as well as the business area directly west of the airport known as the International Center.

Jacob Klopfenstein
Jacob Klopfenstein is a breaking news reporter and entertainment editor for KSL.com. He has been with KSL.com since 2017 and is originally from Indiana. He has previously reported for newspapers in Auburn, Indiana and Cortez, Colorado.