3 Olympic trial events you can attend in Utah in December

KEARNS — Since hosting the 2002 Winter Olympics, Utah still holds several several Olympic trials throughout the year, and in December, you can attend and volunteer at three events.

About 250 athletes from 34 countries will gather at the Utah Olympic Oval this weekend for the International Skating Union World Cup Long Track Speed Skating competition.

Races will take place from Friday through Sunday in varying lengths, from 500 to 10,000 meters.

“You’ll get to see the whole gamut of long track speed-skating here at the Oval this weekend,” Utah Olympic Park Marketing Manager Kole Nordmann said. “It’s being held here on what we call the fastest ice on earth.”

Since the Olympics in Pyeongchang, South Korea, are coming up in just a few months, it’s a meaningful event for the athletes, Nordmann said.

“These races matter a whole lot for these racers,” he said. “They’re trying to qualify for their home countries for the Olympics and these World Cup standings factor into that.”

Those athletes will include 15 skaters from the United States who have been named to the World Cup roster. Shani Davis, a four-time Olympian and two-time medalist, is among the racers who will take to the ice this weekend. 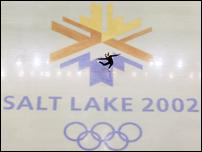 With Los Angeles set to be awarded the 2028 Summer Games by the International Olympic Committee on Wednesday, longtime supporters of bringing another Winter Games to Salt Lake City say it could happen as soon as 2026.

It’s been a few years since there has been an Olympic event in Salt Lake City, Nordmann said. Olympic squads need to be finalized very soon, so it’s a good event for Salt Lake City to host.

Two other Olympic events come to Utah this month and people will be able to attend or volunteer at them.

Following this weekend’s long track event will be short track Olympic speedskating trials, from Dec. 15-17 at the Olympic Oval.

The Olympic trials for Nordic combined skiing and ski jumping will be held Dec. 30-31 at the Utah Olympic Park in Park City. For more information on attending or volunteering at those upcoming events, visit utaholympiclegacy.org.

Nordmann said organizers are always looking for volunteers to help out at Olympic events in Utah.

“People can get in and see things from an angle they wouldn’t necessarily be able to see it from if they’re just sitting in the stands,” he said. There isn’t a bad seat in the house at the Olympic Oval, though, he added.

It’s a big deal for the Utah Olympic Oval to host a world cup event leading up to the Olympic Games, Nordmann said. There are five other world cup events across the world this year in the Netherlands, Norway, Canada, Germany and Belarus.

Since this is the only such event in the U.S., Nordmann said it will be a weekend you don’t want to miss.

“It will be really, really fun and hopefully we set a world record or two,” he said.