MURRAY — A 15-year-old girl told her high school teacher "they could not have a relationship" because he was married and had children, according to a recently released search warrant.

Corbin Vance Robinson, 38, of Holladay, replied "that he just wanted to have sex with her," according to the warrant.

Robinson, a teacher at Cottonwood High School at the time, is charged with nine counts of sexual abuse of a minor, a third-degree felony.

According to the warrant filed in 3rd District Court, the girl and Robinson started talking to each other through social media.

"They started their relationship by messaging each other on Facebook. (The girl) stated that she started to hang out more in his fourth-period class alone with him," according to the warrant.

Charging documents say the girl "began skipping classes and spending fourth period with Robinson in his classroom, where each time Robinson would lock his classroom door, turn out the lights and close the blinds."

She told police Robinson inappropriately touched her on four occasions and would then drive her home.

"(The girl) stated that communication would be done by Facebook and Facebook Messenger or in person. (She) stated that Corbin Robinson told her to delete all the messages they have been sending to each other," the warrant states. 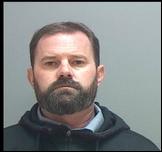 A first year teacher at Cottonwood High School has been arrested and accused of sexually abusing a 15-year-old student.

According to the search warrant return, an iPhone, laptop and five thumb drives were among the items seized by police.

Robinson was in his first year teaching full-time at Cottonwood High when he was arrested. He was a student teacher at the school last year. He taught social studies and was removed from the classroom after the girl reported the alleged abuse.