SALT LAKE CITY — A Salt Lake woman was charged with murder Friday after she allegedly told police her partner's drinking drove her to shoot the woman.

Sue Mary Hickman, 53, is charged in 3rd District Court with murder, a first-degree felony, in the death of Rose Marie Harris, 54.

Hickman was arrested Dec. 18 after she called 911 asking for a welfare check on Harris. When dispatchers asked why the check was needed, Hickman replied, "I shot her. I did it, she made me snap. I couldn't take it any more, her drinking," according to a police report.

Investigators say Hickman talked about her alleged involvement in the shooting with five different people and two police officers, according to the report. 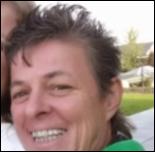 A welfare check on Saturday led to police finding a woman dead inside her home.

A medical examiner determined Harris died of a single gunshot wound to the chest, according to the charges.

An initial hearing has not yet been scheduled for Hickman, court records indicate.