The women claim they were sexually harassed by Findlay while Burbank and the city stood by and refused to take appropriate action. Their harassment claims were substantiated by an Internal Affairs review, but Findlay remained on duty for months after Burbank was officially notified of the claims, the women say.

"We want the public to know that we won't sit idly by and allow ourselves to be harassed by a superior officer and subsequently mistreated by our employer," the three women said in a joint statement Friday. "All of us were sexually harassed by the same man, yet he was allowed to retire with full benefits without discipline.

"We have questioned the treatment of this case from the start and whether justice has been met. Our case is proof that, despite it being 2015, sexual harassment is alive and well, and so is the system that provides more protections to perpetrators than victims. This seems to be particularly true in professions that are generally male-dominated."

Utah Peace Officer Standards and Training confirmed to KSL that Findlay recently resigned his peace officer certification voluntarily. That happened shortly after an investigation was launched into Findlay this summer, according to POST spokesman Dwayne Baird. The case, however, was closed soon after Findlay resigned as a certified peace officer, so Baird said he couldn't comment on what kind of case was being investigated.

The accusations from the trio first became public in May, sparking political turmoil in the police department and the mayor's office.

Salt Lake City Mayor Ralph Becker placed the blame on Burbank, forcing his resignation in June. That move tarnished the mayor's reputation and became a hotly debated issue among his political opponents in the months drawing closer to the Nov. 3 election.

Political experts say Burbank's ouster is likely the No. 1 reason why Becker has lost votes to challenger Jackie Biskupski, who received 15 percent more votes in the primary election.

"As mothers, peace officers and members of this community, we do not want our children, colleagues and friends to just accept that they may be victimized because of their gender, that they should ignore this treatment for the sake of an organization, or that they should ever fear reprisal," the women's statement continued. "Nor do we want anyone to think that they can treat women or men with disrespect simply because it is tacitly accepted at all levels.

"In the end, these are the reasons why we came forward and made our identities known — despite the likelihood that we would be criticized, ostracized, retaliated against, berated or otherwise demeaned. This is not political for us. It is about right and wrong. It became clear that no one was going to stand up for us, which is why we filed this lawsuit."

In 2011, Findlay took Gray's cellphone without her permission and went through her pictures, according to the lawsuit. He found one of Heiden and Gray wearing bikinis and forwarded it to his own phone, the women contend.

"During the years of 2011, 2012 and 2013, Findlay showed photographs of Ms. Heiden to co-workers both in and outside the of the police department," according to the lawsuit.

In January 2012, Findlay "attempted to kiss and otherwise assault Ms. Gray. These actions were rebuffed," the lawsuit states.

After rebuffing his advances, Gray, a lieutenant with the department and an 18-year veteran who had no prior disciplinary record, resigned after Findlay "sat on an investigation (panel) of Ms. Gray for an unrelated matter and recommended termination based on false or misleading information," according to the lawsuit.

In February 2013, an anonymous complaint was made "to Chief Burbank and/or Salt Lake City Corp.," the lawsuit states.

After resigning and no longer in fear of possible repercussions, the women claim Gray went to Burbank's office in April 2013.

"The chief promised to 'look into it.' Again, nothing was done," the lawsuit states.

The chief promised to 'look into it.' Again, nothing was done,

In addition to Findlay making advances on Gray, the women also allege the deputy chief "falsely claimed to police officers, without Ms. Heiden's knowledge, that he was involved in a personal relationship with her. In fact, as her superior officer, he had made personal advances toward her that had been rebuffed," the lawsuit states.

Heiden, a sergeant and longtime public information officer, has been with the Salt Lake City Police Department for 18 years. She has been on the department's SWAT team twice.

Like Gray, during the time Heiden was rejecting Findlay's advances, he also "sat on boards for the police department in which he acted in ways to deny her promotion from sergeant to lieutenant. He failed to disclose his conflict of interest to Ms. Heiden or the other members of the board. His behavior toward her resulted in a substantial loss of income," the lawsuit says.

In June 2011, Findlay allegedly showed a picture of a nude woman to other officers claiming it was Commagere. She was not made aware of the photo until 2013. She did not know how Findlay would have obtained such a photograph and if he had one, it would be without her permission or knowledge, the lawsuit states.

"As with Ms. Heiden and Ms. Gray, Ms. Commagere has suffered damage to her reputation with past and present co-workers from Findlay's sexually discriminating and harassing conduct. His behavior created a hostile, intimidating and offensive work environment, and damaged her ability to advance in the department," according to the suit.

An Internal Affairs investigation into Findlay was launched in September 2013 and completed two months later and sent to Burbank's office.

Findlay was placed on administrative leave on Nov. 8, 2013. On April 15, 2014, Findlay waived his right to a predisciplinary hearing, meaning he had the chance to dispute the allegations against him. Because of that, his case went straight to Burbank's desk for a final determination of discipline.

On June 1, 2014, nearly seven months after the Internal Affairs report was completed and Findlay placed on paid leave, Findlay reached 20 years with the department, making him eligible for retirement benefits. He resigned from the department that week.

On June 4, 2014, a letter sustaining the sexual harassment allegations against Findlay was delivered from Burbank's office to his chief deputy. Burbank noted in the letter that Findlay's actions were unacceptable but did not warrant termination. 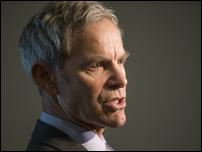 Becker: Chief Burbank's resignation 'should have been handled better'

"Rather than act on the complaint and the results of the investigation, the chief permitted Findlay to continue to work in the department in a position that is superior to Ms. Heiden until he retired," the lawsuit states.

According to the women: "No other disciplinary complaints in the tenure of Chief Burbank were handled in this fashion. Burbank has testified under oath in another proceeding that he regards theft, even petty theft, to go to the core of an officer's integrity and is grounds for termination in every case. Nevertheless, he took no action against Findlay who had stolen property from all of the plaintiffs."

Salt Lake City had also determined that the harassment claims of the three women were legitimate by January 2014, the three contend. "However, no action was taken by the city to rectify the conduct of Findlay."

"In March or April of 2014, representatives of the plaintiffs met with the city and advised the city that Burbank would never take disciplinary action against Findlay. Findlay was in fact permitted to retire with an admonition after he retired," according to the lawsuit.

"Salt Lake City was well-aware of the fact that the chief had no intention to discipline Findlay as evidenced by the correspondence from the mayor and the meetings held with representatives of the plaintiff in 2014. Nevertheless, the city took no action against the chief until the complaints were made public," the women contend. "It appeared that the city condoned Burbank's failure to discipline Findlay in any way."

The women further claim that "the absence of discipline creates the false impression that Findlay did nothing wrong. His behavior created an intimidating, offensive and hostile work environment."

The lawsuit says that because of the ongoing harassment, the three have missed opportunities for advancements in their careers, suffered salary losses, humiliation, embarrassment and had their reputations damaged. They are seeking an undisclosed amount of damages, including emotional pain, lost income, attorney's fees and court costs.

In June, Burbank resigned as chief after he said he was presented with an edict by Becker to read a public apology over his handling of the Findlay matter or be fired. The sudden and unexpected resignation of Burbank sparked emotionally charged debate on the timing of Becker's action.

He said he did regret, however, how he handled the situation and how the incident played out in the public's eye.

"Ralph needs to be held accountable for how he treated me. And if this is not politically motivated, then what is Ralph Becker afraid of?" Burbank said.

The former chief also released a prepared statement, saying: "The written apology, crafted by the mayor's office, did not represent what I believed to be true or ethical, so I chose to retire."