SALT LAKE CITY — "If you want to go to the NFL, you should go to the University of Utah."

It's a recruiting pitch said over and over to prospective football players nearly every day from the coaching staff. But a new study may actually be on Utah's side now.

In a study on player salaries in professional sports conducted by Sporting Intelligence, Utah is the No. 7 program nationally and the No. 1 program in the Pac-12 in terms of the highest average salary earners for a player in the NFL. Utah's average amongst its 17 active players last season was $3.097 million for a total of $52.65 million.

In case there weren't enough reasons to be a Ute! #UtesInTheNFLhttp://t.co/SYUDKrsztQ — Morgan Scalley (@SafetyPride) May 21, 2015

“Though it may fluctuate from year to year, some colleges will produce handfuls of elite graduates, raising their respective average salaries,” the study states. “Florida State, Notre Dame and LSU by contrast have produced a large current class of NFL players with relatively low average salaries.”

The study also broke down NFL players by state and found that Texas, California and Florida produce a significant amount of the players, but are “on the lower end of average salaries.” In comparison, Alabama and Louisiana produce a high number of players and have a higher pay. 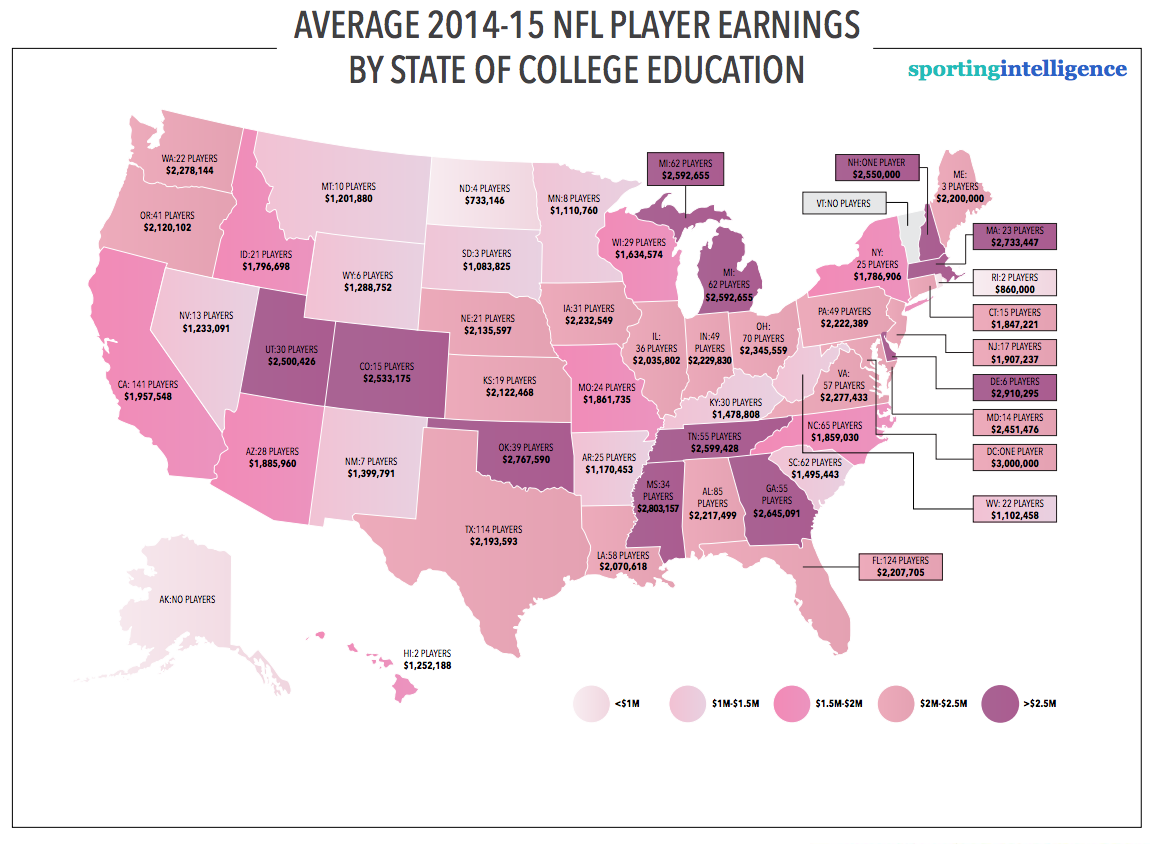