WASHINGTON (CNN) — As calls grow for body cameras to be implemented in police departments around the country as a way to increase transparency and deal with police brutality, lawmakers in Washington examined the complexities of the technology at a Senate subcommittee hearing on Tuesday.

South Carolina Republican Sen. Tim Scott requested the hearing last month following the shooting of an unarmed black man by a white police officer in his hometown of North Charleston. Scott has since become a major supporter of body cameras, and in his testimony on Tuesday, he called for "ways in which the federal government may add to the conversation."

Although Scott is expected to introduce body camera legislation, he said he was not attempting to "federalize local policing or mandate the use of body-worn cameras."

Instead, members of the Senate Judiciary Subcommittee on Crime and Terrorism, which hosted the hearing, tried to unpack issues, including how secure the video footage would be, who should have access to view the videos and the cost of video storage.

"The unsimpleness of this is perhaps the most significant thing we have heard," said Sen. Sheldon Whitehouse, the Democrat from Rhode Island, who raised concerns about whether police departments had computer systems and IT departments that were sophisticated enough to secure the videos they captured, adding that he was concerned about "the hackability" of the videos. 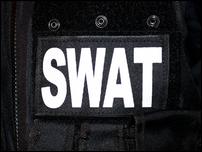 Civil rights and privacy advocates are urging lawmakers and police departments to consider the risks of over-surveillance and profiling of citizens that body cameras pose before using them more widely.

Jarrod M. Bruder, the executive director of the South Carolina Sheriff's Association, said that while few police departments in his state had a sophisticated technology infrastructure, the bigger concern with the implementation of body camera technology was cost. Bruder testified that it would be an "exponentially greater" cost to retain body camera footage than to retain video footage from, say, dashboard cameras, which are already in many patrol vehicles in his state.

Funding for the body cameras is expected to become available soon after the Justice Department said it would allocate $20 million in grants for police departments to buy body cameras, and House Republicans proposed setting aside $15 million for the technology. At the hearing, the witnesses agreed that potential grant recipients should be expected to meet certain criteria in order to have access to those funds.

Senator Richard Blumenthal of Connecticut asked the witnesses to highlight body camera "programs that were working and working well," around the country that could serve as a guide to the federal government as it explores how to manage issues including privacy and funding. Some of the programs cited by witnesses included those in Oakland, California, Daytona Beach, Florida and Rialto, California.

"We're not done with this topic by simply requiring cameras to be worn by police," Blumenthal said.