Location may affect likelihood of getting married, study shows

SALT LAKE CITY — If you’re not married by the time you are 26, you can blame your hometown, a new study shows.

Harvard economists Raj Chetty and Nathaniel Hendren recently found a correlation between an individual’s likelihood of getting married by the age of 26 and the place they grew up, The New York Times reported.

Chetty and Hendren collected data from more than five million children who moved in the 1980s and 1990s and found that people who moved to places like New York, especially at a young age, were less likely to marry, the study says, according to The New York Times.

The country’s partisan divide strongly affects an individual’s likelihood of marriage, with cities like New York, San Francisco, Boston and Washington being 10 percentage points less likely for marriages and conservative areas such as Utah, Southern Idaho and parts of Colorado leading the nation in matrimony.

Not only does one’s hometown potentially delay marriage, it may eliminate it altogether, The New York Times reported.

Although the children in the study are not yet old enough to determine whether they will delay marriage beyond age 30, the findings estimate that children who grew up in New York and other places that discourage marriage may not marry at all.

Utah leads the nation in encouraging marriage, with its residents being 14.6 percent more likely to marry than the national average, The New York Times reported.

Those who grew up in Utah County, the New York Times reported, are 20 percent more likely to marry by the age of 26.

Manhattan residents lie at the other end of the spectrum, being 12 percent less likely to get married than the national average.

For more information about this study and other studies that support it, visit The New York Times.

For more information about Chetty and Hendren’s study, click here. 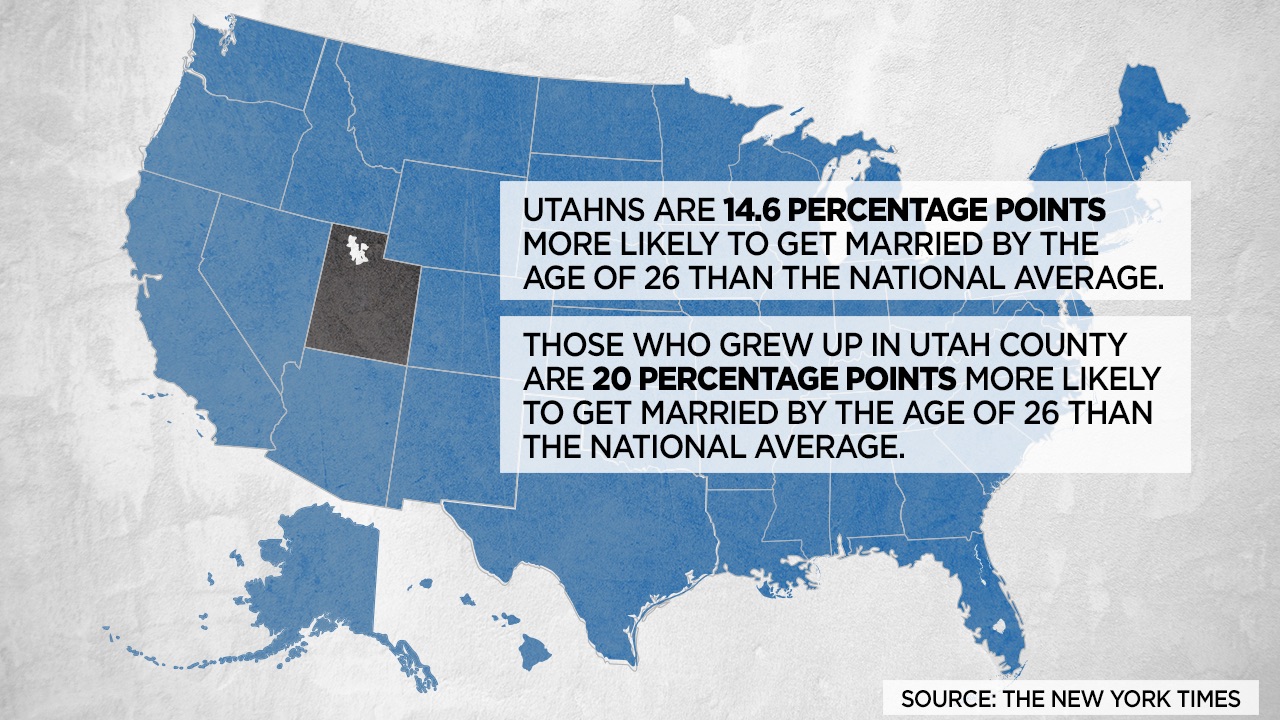