KATHMANDU, Nepal — Rescue workers in Nepal have worked hard to rescue any survivors they can from the earthquake that has demolished buildings.

Wednesday morning the workers found an infant who had presumably been trapped for 22 hours since a building fell. According to CNN, "The little boy, whose name is Sonit Awal, was reported to be in stable condition without any internal injuries, according to initial examinations."

According to Kathmandu Today, a Nepalese newspaper, the rescue team failed to notice the infant the first time they searched the area. The rescue team assumed the baby didn't survive. However, hours later the baby was heard crying through the wreckage and rescue workers found the infant.

CNN added that they hadn't confirmed Sonit's rescue, but the published pictures showed the infant covered in dust in the arms of Nepali rescue workers. 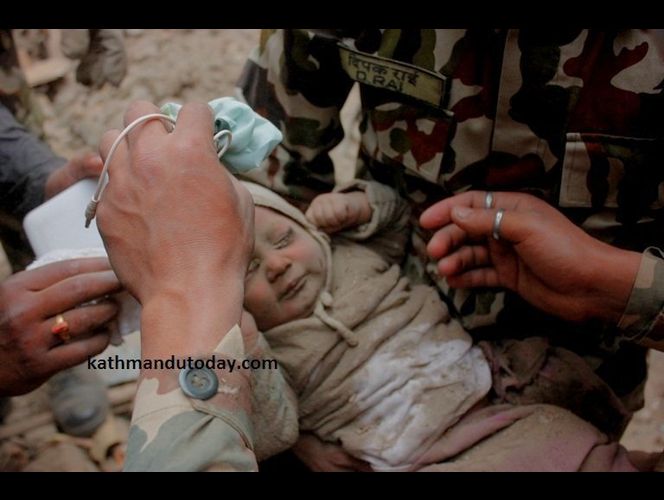 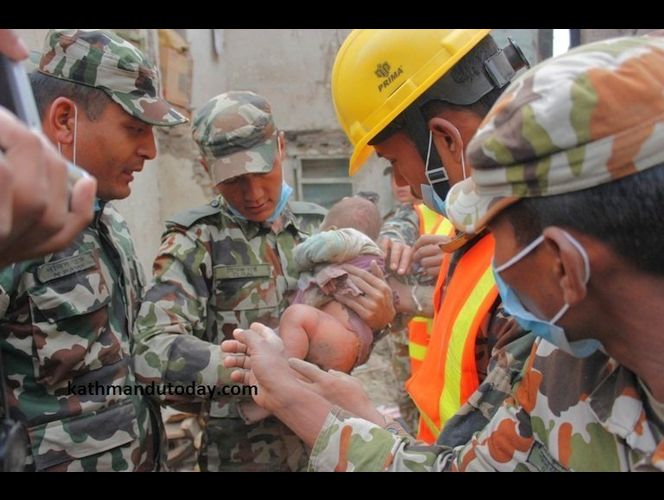 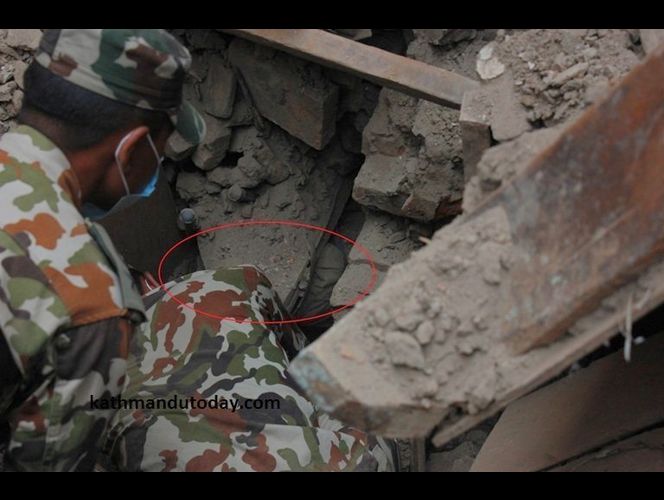