SALT LAKE CITY — A report by Airline Weekly shows that Delta Air Lines was the most profitable carrier in the world in 2013.

Not bad for a company that emerged from Chapter 11 bankruptcy in 2007.

“It’s a company that’s done a great job restructuring in a way that’s resulted in not only happy shareholders but also rather happy employees and happy customers,” explained Seth Kaplan, analyst with Airline Weekly.

It’s not despite bankruptcy but because of it that Delta has been able to resurrect itself, Kaplan said.

“Bankruptcy enables companies to lower costs in ways that they wouldn’t otherwise be able to do,” he said.

Delta has also been able to raise revenues to an unprecedented degree, Kaplan noted.

The company’s network restructuring has helped a lot, though not everything has worked, he said, such as the Salt Lake City to Tokyo direct flight route.

“But they’ve been right a lot more often than they’ve been wrong, such as with Salt Lake City (to) Paris and many others like it from their other hubs,” Kaplan said. “A lot of other changes are less obvious but are equally important, such as the way Delta has very precisely matched capacity with demand — by season and even by day of the week — in a way that was unprecedented for a giant global airline.”

He also praised Delta for being smart “about not getting swept up in things like rushing to buy new aircraft, no matter what they cost.”

Delta’s mostly nonunion workforce also helps, he noted. Even though the carrier pays well compared with most other airlines, it has some flexibility that other airlines don’t, such as how it can schedule its crews.

Kaplan said the No. 2 most profitable carrier, American Airlines, is looking at the Delta-Northwest Airlines merger as an example during its integration with U.S. Airways.

Meanwhile, the full report showed that consumers may complain about being “nickeled and dimed” these days by airlines for things like fees for carry-on baggage, but many smaller carriers are among the most profitable.

When comparing 2013 operating profit margin, one of the fairer ways to compare airlines of different sizes, the world’s top 10 airlines are Panama’s Copa, with a 21 percent margin; Florida-based Spirit, 17 percent; Las Vegas-based Allegiant, 16 percent; AirAsia and Japan Airlines, both at 14 percent; Ireland’s Ryanair, 13 percent; Alaska Airlines, Greece’s Aegean and Britain’s EasyJet, all at 12 percent; along with Canada’s WestJet, 11 percent. 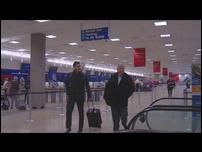 When comparing net profit in dollars, Delta, at $2.7 billion, far exceeded No. 2 competitor American Airlines at $1.95 billion. In third place was Japan Airlines at $1.58 billion, followed by United at No. 4 with a little more than $1 billion.

At the other end of the spectrum, the world’s biggest money losers last year were India’s SpiceJet, with a -13 percent margin; India’s Jet Airways, -7 percent; Italy’s Alitalia, -5 percent; and Virgin Australia and Malaysia Airlines, both at -4 percent. Only 10 other airlines among the 68 on the list reported operating losses for 2013 — an unusually good year overall for the industry, Kaplan said.