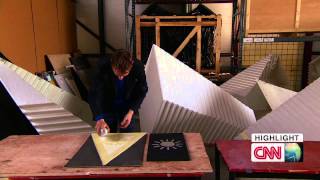 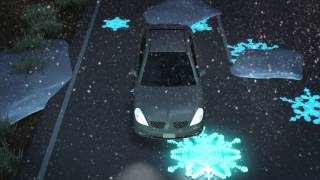 Futuristic highways in the Netherlands glow in the dark

NETHERLANDS — Futuristic glow-in-the-dark roads were implemented on a stretch of highway in the Netherlands Sunday, and the agency who created the technology hopes it will soon guide drivers worldwide.

Streetlights were replaced with glow-in-the-dark markings, painted with light-absorbing paint, on a .31 mile stretch of the N329 highway in Oss, Netherlands, as a test of the new technology, Wired reported. The markings can glow for up to eight hours after absorbing light during the day, according to Dutch News.

"When we look at highways, why is so much money and time and energy spent on cars when the actual roads themselves are stuck in the middle ages?" lead designer Daan Roosegaarde asked CNN.

The glow-in-the-dark markings would have the added benefit of saving money and energy, he said. The trial in the Netherlands will help the designers see if the paint can endure the wear of traffic.

When we look at highways, why is so much money and time and energy spent on cars when the actual roads themselves are stuck in the middle ages?

In the future, Roosegaarde said he hopes to install other smart features like weather-sensitive markings that would inform drivers of current conditions. He has developed a dynamic temperature-sensitive paint that could be used to create snowflake designs on road surfaces that would only become visible when temperatures drop below freezing.

He is also working on other ideas to make highways more interactive and efficient, including installing lights that only turn on when someone drives near them and creating induction priority lanes that could charge electric vehicles as they drive.

"These are all ideas which are not super high tech; they are basic principles which we can implement to existing roads within the coming three to five years," Roosegaarde said. "Smart highway is not just about new technology and new designs, it's about creating new mental maps — pushing people to think about the future instead of the past."

Heijmans Infrastructure, the company working with Roosegaarde, told Dutch News it wants to try the paint on other roads but has not yet been able to secure additional contracts.