Bronco says BYU's 2014 class 'might be the strongest ever' 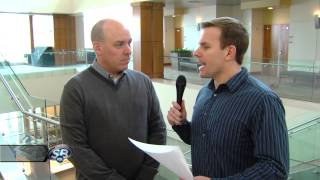 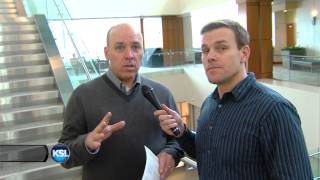 BYU signing day in 35 seconds by Greg and Shep

PROVO — The BYU Cougars entered the 2014 signing period with a plan to upgrade certain positions--wide receiver and outside linebacker, in particular. As signing day progressed, it became clear that the Cougars had addressed those needs.

When asked what he thinks he knows about this year's recruiting class, BYU Head Coach Bronco Mendenhall said "(it) might be the strongest in terms of ability and impact."

With BYU all-time leading receiver Cody Hoffman graduating and moving on to the NFL, BYU coaches made the wideout spot a top priority on signing day.

"As we know, time will tell, but I think we've done a really good job of knowing exactly what were getting. Especially on the athleticism and football particulars -- I think we have a great I idea of what we're getting there...I'm pretty confident we've done a good job."

In all, BYU was able to sign four receivers; Nick Kurtz, JC transfer from Grossmont College, who has already enrolled in school; Devon Blackmon, a JC transfer from Riverside Community College; Jordan Leslie, a transfer from UTEP; and Trey Dye, out of Cooper High School in Abilene Texas. Dye is also the son of former Cougar James Dye.

Elsewhere on offense, BYU was able to add some offensive line talent to the mix for next season. The Cougars picked up three offensive linemen including, Austin Chambers from Shawnee Mission, KS, Tejan Koroma from Allen, TX, and Chandon Herring from Perry High School in Gilbert, AZ.

Speaking of Arizona, the Cougars landed one of the top tight ends in the Country with the signing of 6'5", 215-pound Matt Bushman from Tucson.

The defensive line was also a point of emphasis with the loss of Eathyn Manumaleuna and the fact the the Cougars are moving Bronson Kaufusi to outside linebacker.

With several defensive backs returning from injury next season, BYU look at depth in signing three DBs. Isaiah Kaufusi from Timpview, Michael Shelton (mid-year enrollee) out of Raleigh, N.C., and Syracuse High School's Kavika Fonua were the only players BYU signed for the secondary.

Using fewer redshirts is a philosophy that Mendenhall mentioned towards the end of last football season. The coach underscored that plan by noting that Cougar fans may see a lot of this year's class playing right away.

"The system that we're playing now and the number of plays were playing on both sides, we believe we're gonna need a lot of freshman to contribute in some capacity; maybe up to 22 plays a game."

One player that BYU wasn't able to sign was five star OG from Bellflower, Calif., Damien Mama. Mama chose to sign with USC over BYU and Alabama.

The Cougars went head-to-head with the Trojans on four players (Mama, Warner, Kurtz and Leiataua). Of the four potential recruits, BYU landed three of them.

One position omitted from this year's signing class was running back. With current players solidified as starters and depth behind those players, the Cougars didn't feel the need to recruit a running back.

As for landing a quarterback, BYU hasn't signed one...yet.

"There is still a possibility that there might be an additional addition to this class at quarterback at some point," Mendenhall said. "I really won't or can't say anything more on that but we will examine hard if we want that to happen. If not, we'll certainly address it for the following year."

Besides the 20 players that BYU signed on Wednesday, the Cougars will have 18 players returning to the program after serving LDS missions.

In fact, Bronco said that of the 123 players on BYU's roster, 86-90% are members of the Church of Jesus Christ of Later-day Saints, and 66-68% will be returned missionaries.