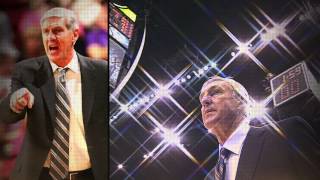 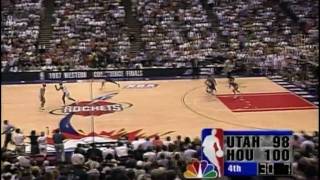 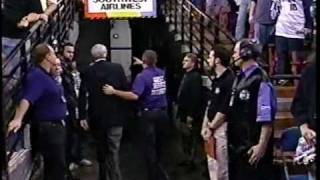 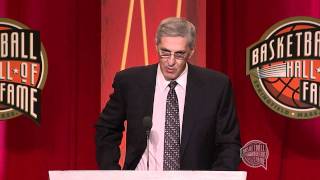 SALT LAKE CITY — The Utah Jazz have had some great moments since moving to Salt Lake City from New Orleans. Whether it’s the decades of dominance with John Stockton and Karl Malone or the hard-nosed coaching style of Jerry Sloan, the Jazz have had a place in all our hearts — maybe more than you possibly know or remember.

For reasons all Jazz fans can get behind, Jan. 31, 2014 — Jerry Sloan Day — will be a great day. In the midst of a rebuilding season, for one day, fans, players and the organization as a whole will have a legitimate reason to look back on the past with fond memories as the cornerstone pieces of the Jazz organization return for a night.

While there are many fond memories over Sloan’s 23 years as Utah’s head coach, here are just a few of the best:

Jerry Sloan is country at heart, and it showed — not just because of his John Deere hat. Growing up in McLeansboro, Ill., meant Sloan knew how to work hard. And he expected that out of his players, too. As a result, the phrases “Jackpot around” and “Playing in tuxedos” became part of his regular vocabulary.

After three seasons with the Jazz, Sloan commented on the progress of Kyrylo Fesenko in an exhibition game, saying: “I’m still not really happy with (Fesenko) being happy-go-lucky. He’s a young kid and young guys have a tendency that they want to have some fun.

“I don’t have too much of a problem with that. But sometimes it interferes with their progress. You know, you can’t jackpot around and get better.”

During the 1997 season, the Jazz had won 13 straight games and Sloan was worried about how the team would respond against better competition.

“Basically what we’ve been doing is playing in tuxedos,” he said.

Sloan really liked to swear, and everyone in close proximity easily knew that. It was said that his first wife warned him she wouldn’t go to games if he couldn’t keep his language under control. However, that didn’t stop Sloan from artistically exposing everyone in his presence to a new vocabulary. It even prompted the Jazz Bear to put in place a swear jar to raise money for a new car. Let’s just say it worked really well.

Despite Sloan’s in-game vocabulary, he had a soft heart and was one of the most respectful people in the league.

I don't have too much of a problem with that. But it sometimes it interferes with their progress. You know, you can't jackpot around and get better.

With his swearing, Sloan got himself a few technicals in his career — likely more than 400, but exact stats are difficult to obtain. Sloan was in control and was the greatest defender of his team. If he felt the team was robbed and some injustice had taken place, the ref or player was going to know it — ask Courtney Kirkland or Jerry Stackhouse.

However, it was moments like that where everyone knew he would go to bat for his team. And in the instance of ejections, we got an opportunity to see Phil Johnson coach — another great coach for the Jazz organization.

Sloan led the Utah Jazz to 19 playoff appearances in his 23 years as the head coach. There is no doubt he got the most of his players and expected the fundamentals to be executed perfectly. That’s why the pick-and-roll worked so effectively for the team. Everyone knew it was coming, but it still happened, and Stockton and Malone got buckets.

One of the greatest moments of Jazz history came when John Stockton drilled the 3-point shot to send the Utah Jazz to the NBA Finals. The focus is on Stockton, for obvious reasons, but Sloan drew up the play — he knew how to coach in clutch situations.

However, it was the celebration after the shot that really showed the true side of Sloan. Just like everyone else on the team, Sloan was caught up with emotion and allowed himself to exhibit joy and excitement. It was a great scene from a coach that always appeared to have a scowl on his face. Additionally, it was the highlight to a great coaching career.

Although Sloan doesn’t really like to be in the spotlight, he owned it up when named to the Hall of Fame. All the hard work had finally paid off and he was given the credit he deserved 100 times over. If you haven’t listened to his Hall of Fame speech, you should (it’s included above).