Utah not picked by FAA for drone-testing sites 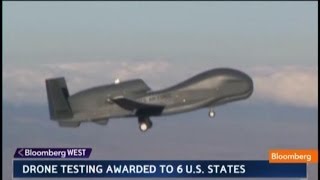 SALT LAKE CITY (AP) — Utah is one of 18 states that missed out on a chance to become a Federal Aviation Administration drone-testing site Monday.

The FAA announced Monday morning the six states that will host sites for the agency to use as it develops operational guidelines for the unmanned aircraft.

Utah is one of 24 states that submitted a bid for a test site.

The FAA does not allow commercial use of drones but is working to set guidelines by the end of 2015.

The aircraft are seen as potential tools in commercial and civilian operations, including fighting wildfires, surveying crops and mapping out new roads.