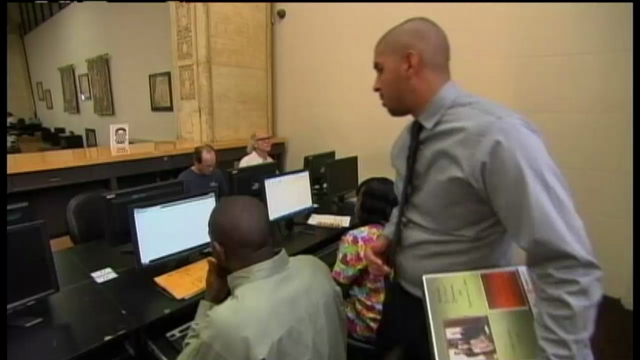 SALT LAKE CITY — Folks already dealing with difficult economic circumstances will be losing a portion of their financial “safety net” starting Saturday, thanks to the new $1.01 trillion federal budget plan passed by Congress earlier this month.

In Utah, the plan will affect approximately 3,000 individuals, according to the state Department of Workforce Services.

The average dollar amount an unemployed Utahn receives is about $341 per month, DWS spokesman Nic Dunn said. Losing that money will have a definite impact on many families, something the agency is sensitive to, he said.

That's why the department will make finding jobs for those affected a top priority.

“These are people who want jobs and want to work,” Dunn said. “We are committed to doing everything we can to connect these people with jobs.”

He also noted that having the benefits expire around the holidays only exacerbates an already challenging situation for thousands of Utahns.

More than 1 million Americans are bracing for a harrowing, post- Christmas jolt as extended federal unemployment benefits come to a sudden halt this weekend, with potentially significant implications for the recovering U.S. economy. A tense political battle likely looms when Congress reconvenes in the new, midterm election year.

“It’s never a good time to lose resources that you’ve been using to help your family,” Dunn said. “People come into our department at a tumultuous time in their lives. We recognize what they are going through and want to connect them with a job that will get them back to self-sufficiency.”

Nationally, an estimated 1.3 million people will be cut off when the federally funded unemployment payments end. But analysts say the economy may also suffer with less money for consumers to spend on everything from essentials like clothing and food to conveniences like electronics and cars.

Initiated under President George W. Bush, the extended benefits were designed to provide added support millions of U.S. citizens who lost their jobs in the Great Recession and failed to find new positions while receiving state jobless benefits, which in most states expire after six months. An additional 1.9 million people nationwide are expected to exhaust their state benefits before the end of June.

At the depth of the recession, laid off workers could qualify for up to 99 weeks of benefits, including the initial 26 weeks provided by states. The most recent extension allowed a total of up to 73 weeks, depending on the state.

Economists point out that besides alleviating suffering, the benefits get spent on consumer goods, stimulating the economy and creating jobs.

It's never a good time to lose resources that you've been using to help your family. come into our department at a tumultuous time in their lives. We recognize what they are going through and want to connect them with a job that will get them back to self-sufficiency.

“When Congress comes back to work, their first order of business should be making this right,” President Barack Obama said last week at his year-end news conference.

But Obama has no quick fix. He hailed this month’s two-year budget agreement as a breakthrough of bipartisan cooperation while his administration works with Democratic allies in the House and Senate to revive an extension of jobless benefits for those unemployed more than six months.

The Obama administration says those payments have kept 11.4 million people out of poverty and benefited almost 17 million children. The cost of them since 2008 has totaled $225 billion.

Restoring up to 47 extra weeks of benefits through 2014 would cost $19 billion, according to the Congressional Budget Office.

Extended unemployment insurance “is really a lifeline to help pay the bills, put food on the table, and put gas in the tank so people can look for work,” argued Maurice Emsellem, policy co-director at the left-leaning National Employment Law Project.

Michael Feroli, an analyst at JPMorgan Chase, said ending the extended benefits will lower the unemployment rate by half a percentage point as the long-term unemployed leave the labor force.

While that statistical change may look good on the surface, Feroli cautioned the drop could be accompanied by a similar decrease in consumer spending. That would also hurt clothing retailers, car dealers and other businesses.

Extending the program, on the other hand, would boost GDP growth by some 0.2 percent and increase full-time employment by 200,000 next year, the Congressional Budget Office estimated, but at the price of increasing the government’s debt.

Advocates of extended benefits say communities hardest hit by the recession will feel the sudden loss of cash in circulation the most.

They cite a set of their own troublesome figures: three job seekers still competing for each opening; some 4 million people in the ranks of long-term unemployed; unemployment lasting on average 37 weeks, two months longer than most states provide insurance.