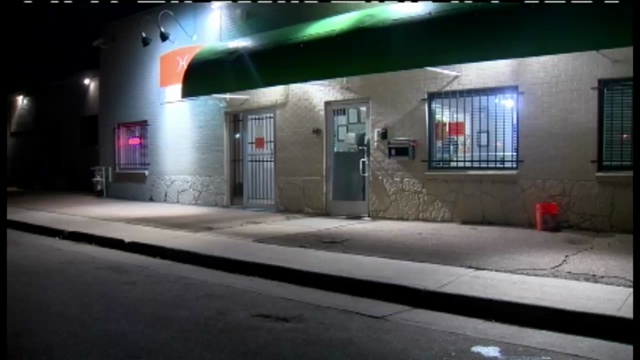 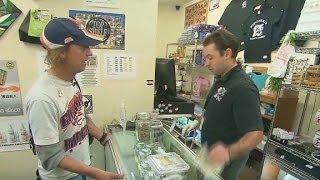 Colorado pot sales to begin in 2014

DENVER (AP) - The first batch of Denver businesses approved to sell recreational marijuana got their licenses Friday, the owners mugging for pictures and saying they never thought they'd see the day when they'd get a permit to sell pot.

Applause broke out and cameras whirred when the first license was issued from the city's Department of Excise and Licenses. The city awarded 14 licenses for retail shops, 17 licenses for pot growers and three licenses for makers of cannabis-infused products such as pot brownies.

One businessman joked about getting arrested for having a joint at a 1971 Black Sabbath concert. Others shared hugs and stories about marijuana's route to legalization.

"I think it's about time that adults can imbibe in marijuana," said Donald Andrews of one of the retail shops, LoDo Wellness Center in downtown Denver.

The licensed sellers went through a state and local licensing process that included public hearings to ask neighbors about shop locations. Owners also underwent more than a dozen fire and building inspections for each shop.

"It's been a grueling process but we're finally here," said Justin Jones, owner of Dank Colorado, a retail shop.

Recreational pot for adults over 21 has been legal in Colorado for more than a year, but retail sales of the drug aren't allowed until 8 a.m. on Jan. 1. Washington state, the only other state to allow recreational pot use by adults, plans to have stores open by late spring of next year.

Denver is one of 19 municipalities and seven counties in Colorado that will allow retail sales of recreational pot.

Only existing medical marijuana businesses are now allowed to make the transition to recreational sales. The licensed shops were handed red posters Friday and stacks of fliers instructing pot customers on marijuana limits, including the fact that users can't consume pot in public, drive high, or take pot out of state.

"These are big businesses that have been operating in good standing in our city for a long time," said Amber Miller, spokeswoman for Denver Mayor Michael Hancock.

Colorado has approved 348 marijuana business licenses. More than a hundred of those are still pending in Denver, meaning the city is likely to have many more shops in the first few months of 2014.

Still unclear is what the morning of Jan. 1 will look like. Some pot shop owners are planning to install purchasing caps and other limits to try to avoid a run on weed.

"We're hoping next week will be a fun-filled experience but a responsible one," said Elan Nelson of Medicine Man, a licensed shop and growing center in northeast Denver. "But this is a new experience for all of us, I guess we'll just have to find out."

Kristen Wyatt can be reached at http://www.twitter.com/APkristenwyatt