The Winter Olympic torches throughout history

SALT LAKE CITY — We are just 58 days away from the 2014 Winter Olympic Games in Sochi, Russia and we are ecstatic about the games.

From now until the games we at ksl.com are going to be giving you a deeper look into the games and what makes 2014 special.

One of the most iconic images of the Olympics is the Olympic torch and the Sochi torch carries on the tradition and beauty that has become associated with the games.

The torch for Sochi is a firebird feather design that has a unique flow and feel from many of the other incarnations. The Sochi torch is the 17th torch design since the inception of the games in 1952 in Oslo, Norway.

The torch has come a long way since 1952, but it's up for debate if Sochi is the best design yet.

Both the Turin, Italy and the Vancouver, Canada torches has almost a sci-fi look to them, whereas the Nagano, Japan and even Salt Lake City torches held a more classic feel.

Now that you've had a good look at all of the Winter Olympic Game torches which is your favorite? Let us know on the comment boards and be sure to vote on the poll.

Check back on Thursday when we take another inside look at the Winter Olympic Games. 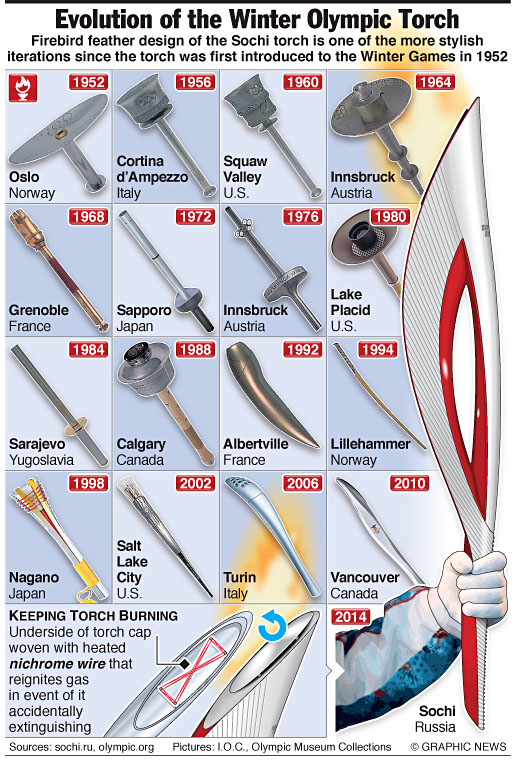