Amazon drones could deliver to your door by 2015

10PM: Amazon drones could deliver to your door by 2015 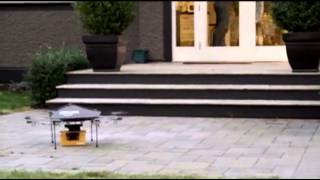 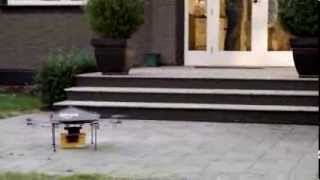 SEATTLE — It won’t bring you tacos, but it will bring you just about anything else. Amazon hopes to launch its Prime Drones in the next few years.

Prime Drones is a service featuring an unmanned drone that would deliver an order from online shopping cart to door in 30 minutes or less. The electric drones carry about 5 pounds, or 86 percent of Amazon’s inventory.

"I don't think it's too far out there," said Utahn Ryan Kirsch. "I think we are ready for it."

Amazon’s website said the drones could be up and operating by 2015, though in an interview with “60 Minutes” Sunday, Jeff Bezos, the company’s chief executive, said it would likely be five years before the Federal Aviation Administration would approve the drones.

“I know it can’t be before 2015, because that’s the earliest we could get the rules from the FAA. My guess is that’s, that’s probably a little optimistic. But could it be, you know, four, five years? I think so. It will work, and it will happen, and it’s gonna be a lot of fun” Bezos said.

Monday, the FAA released a statement about autonomous drone use, saying:

"The FAA is committed to safe, efficient and timely integration of unmanned aircraft systems into our airspace. The FAA approves UAS operations by public entities on a case-by-case basis. So far, only a single commercial UAS operator has been approved to operate, and it is in the Arctic. UAS operators must abide by local, state and federal privacy laws. Over the next several years the FAA will establish regulations and standards for the safe integration of remote piloted UAS to meet increased demand. Autonomous UAS operation is not currently allowed in the United States."

Utahn Brad Bradley said the drone delivery may be difficult to operate. He said he uses a quadcopter to shoot video. Bradley uses a remote control, and he said he's skeptical of Amazon's plan to fly a drone with no one at the controls.

"To fly autonomously and get around all the trees and objects out here, the concept is novel and with the current GPS technology, it's probably doable," Bradley said.