OREM — Police are looking into a dispute over an alleged drug debt as a possible motive in the shooting death of an Orem man early Tuesday.

Rupert E. Miley, 42, was shot in the back and crashed his car at 800 North and 100 East about 3:15 a.m. Tuesday. Later that night, Mason French and Travis Waldron, both 24, were arrested and booked into the Utah County Jail for investigation of murder and obstruction of justice.

Both men made appearances in court Wednesday for bail hearings.

Investigators said the incident began about 2 a.m. in the basement apartment where French and Waldron live, according to a police affidavit filed in 4th District Court.

Waldron's girlfriend told police that French and Waldron "were intoxicated" at the time. She also said that Waldron "was upset at (Miley) over an illegal drug debt," according to the affidavit.

Detectives believe the men left to go to Miley's Orem home. They arrived at 2:30 a.m. and pounded on the door. A woman who was living in Miley's house opened the door, police said.

"(Waldron) was asking for (Miley) and had a bandana partially covering his face and was counting down from 10 for (the woman) to get (Miley) in a stern voice. (Miley) came downstairs and saw the male and said it was Travis Waldron and that he was drunk," according to the affidavit.

Miley refused to go outside, and the men kept pounding on the door, according to police. When the woman at the door threatened to call police, "(Waldron) told her that would be a bad idea," the affidavit states. 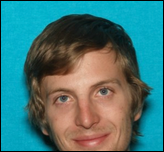 Police have arrested two men they believe are responsible for the death of an Orem man who was shot in the back and crashed his car early Tuesday morning.

The men eventually left. About 15 minutes later, Miley also left the house, saying he would be back in a little bit, the report states.

Waldron and French returned to their apartment about 3 a.m. They told Waldron's girlfriend that “things got serious," and they got a gun, according to the report.

The girlfriend "tried to convince them to go to bed and not take the gun. (Waldron and French) left the residence on foot around 3 a.m., which coincides with the time of the homicide. (Waldron's girlfriend) stated that around 3:30 a.m. that (Waldron) had called the home land line and instructed her to leave the home immediately," according to the affidavit.

Police learned that after Waldron left Miley's home, the two had exchanged "threatening text messages. This upset (Waldron) and arrangements were made to meet at Harmons grocery to resolve the problem," according to the report.

Waldron told police he planned to fight Miley or get his money. After the drug debt was seemingly resolved, Waldron and French got into Miley's vehicle, the report states.

While the three were driving, Waldron claimed that French, who was in the back seat, was holding a gun and it went off, going through the back of the driver's seat and into Miley's chest, according to the affidavit. Waldron bailed out of the car while Miley tried to drive to a hospital, but Miley crashed a short time later.

"Neither (French) nor (Waldron) rendered aid to the dying victim after the (Miley) was shot in the back by the gun that they brought."

When officers arrived at the crash scene, they found French lying face up on the road near the rear passenger side door, the report stated. He was only wearing one shoe and had slurred speech, according to police.

A silver revolver and a shoe were found on the front lawn of a home at 162 E. 800 North. Detectives discovered that the .357 Ruger revolver belonged to French's father and that French was known to take it from time to time, the affidavit states. Waldron and French live in the basement of the home of French's father.

Waldron, who had bailed out of the vehicle, told his girlfriend that "he had gotten into an argument with Rupert and pointed the gun at his head," the affidavit states, but that he handed the gun to French after they got in Miley's vehicle.

"Neither (French) nor (Waldron) rendered aid to the dying victim after the (Miley) was shot in the back by the gun that they brought," according to the report.

French, who was charged in March with felony drug possession, is scheduled to have a preliminary hearing on his drug case Thursday.

Waldron also has a history of drug-related convictions and charges, in addition to theft, according to state court records.

In addition, Miley had a history of drug-related arrests and convictions, according to court records.