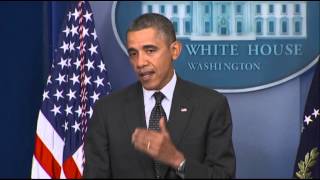 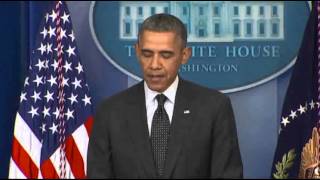 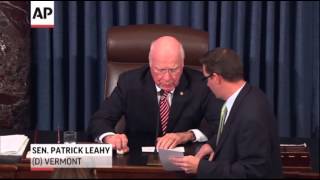 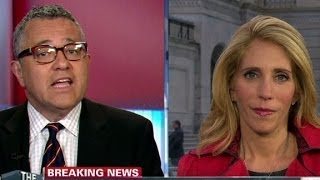 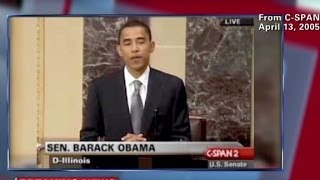 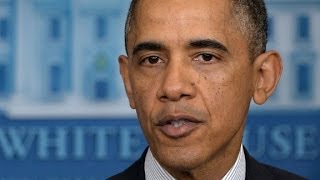 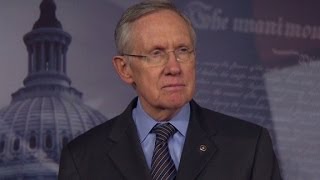 Reid: This is not a time for celebration

WASHINGTON (AP) - Sweeping aside a century of precedent, Democrats took a chunk out of the Senate's hallowed filibuster tradition on Thursday and cleared the way for speedy confirmation of controversial appointments made by President Barack Obama and chief executives in the future.

Majority Leader Harry Reid, D-Nev., who orchestrated the change, called the 52-48 vote a blow against gridlock. Republicans warned Democrats will eventually regret their actions once political fortunes are reversed and they can no longer block appointments made by a GOP president.

At the White House, Obama welcomed the shift. "The gears of government have got to work," he said, and he declared that Republicans had increasingly used existing rules "as a reckless and relentless tool to grind all business to a halt."

But Republicans warned of a power grab by Democrats, some predicting that worse was yet to come. "This drastic move sets a dangerous precedent that could later be expanded to speed passage of expansive and controversial legislation," said Sen. Richard Shelby of Alabama.

The day's change involved presidential appointees, not legislation _ and not Supreme Court nominees.

The immediate impact was to ensure post-Thanksgiving confirmation for Patricia Millett, one of Obama's three stalled nominees for the District of Columbia Circuit of the U.S. Court of Appeals, and for others whom Republicans have blocked. Rep. Mel Watt, D-N.C., tapped to head the Federal Housing Finance Agency, is among them.

The longer-term result of the unilateral move by Democrats was harder to gauge in a Senate that has grown deeply constrained by the major political differences emblematic of an era of divided government.

At issue was a rule that has required a 60-vote majority to end debate in the 100-member Senate and assure a yes-or-no vote on presidential nominees to federal courts or to Cabinet departments or other agencies.

Under a parliamentary maneuver scripted in advance, Democrats changed the proceedings so that only a simple majority was required to clear the way for a final vote. In Senate-speak, this was accomplished by establishing a new precedent under the rules, rather than a formal rules change.

Supreme Court nominations still will be subject to a traditional filibuster, the term used to describe the 60-vote requirement to limit debate.

The day's events capped more than a decade of struggle over judicial nominations, in which first President George W. Bush found his appointees stalled by Senate Democrats, and more recently Obama has complained that Republicans have been delaying or preventing confirmation for his picks.

The vote adds to the list of issues likely to figure in next year's congressional elections. In a fundraising appeal emailed a few hours after the vote, the Senate Republicans' campaign organization asked for donations. It warned that "Democrats are going to pack Obama's liberal judges on the federal courts," and sought donations to "throw these hacks out of office."

On Thursday, in a certain sign that a showdown was imminent, senators filed into the Senate chamber at midmorning in unusual numbers. They listened from their desks as Reid and Minority Leader Mitch McConnell of Kentucky swapped accusations that preceded a series of votes on arcane parliamentary points. Yet there was no suspense about the final outcome.

McConnell said Republicans had grown tired of threats of action. "We're not interested in having a gun put to our head any longer," he said, noting that Democrats have periodically talked of changing the rules in recent months.

Still, the events marked a reversal for Reid, who had threatened earlier in the year to change the application of filibuster rules for nominees to Cabinet departments and other agencies, but not for appointments to the courts.

Back then, he and McConnell clashed in highly personal, accusatory terms. This time, they recited their grievances in an exchange that was courteous if sharply worded.

"In the history of the Republic, there have been 168 filibusters of executive and judicial nominees. Half of them have occurred during the Obama administration _ during the last four and a half years," Reid said.

The Nevada Democrat accused the GOP of "unbreakable, unprecedented obstruction." He said Republicans had blocked qualified appointees "to force wholesale changes to laws ... to restructure entire executive branch departments" and because they don't want Obama "to appoint any judges to certain courts."

McConnell retorted that Democrats had "pioneered the practice of filibustering circuit court nominees," beginning with Miguel Estrada, a 2001 Bush appointee to the D.C. Circuit Court of Appeals blocked by Democrats under pressure from outside liberal groups. A Hispanic immigrant viewed at the time as a potential future Supreme Court pick, he withdrew his nomination after more than two years in limbo.

McConnell said Republicans had allowed confirmation of 99 percent of Obama's appointments to the courts. And he likened Reid's dropping of his pledge to leave rules for judicial appointees unaffected to the promise the president made that Americans who liked their health coverage could keep it under "Obamacare."

McConnell, the GOP leader said, "may as well just have said, `If you like the rules of the Senate, you can keep them.'"

The change is the most far-reaching since 1975, when a two-thirds requirement for cutting off filibusters against legislation and all nominations was lowered to 60 votes.

The original impetus for the change came from relatively junior Democrats, including Sens. Jeff Merkley of Oregon and Tom Udall of New Mexico, who are among the 31 members of their party who have never served in the Senate minority.

More senior Democrats came around gradually, some noting the Senate's traditions while others fretted about the possibility that they were giving up the right to block nominees of the future whom they might oppose strenuously.

Asked about that concern after the vote, Reid said, "This is the way it has to be. The Senate has changed."

Modern-day rules covering filibusters have evolved slowly in the Senate, where change rarely comes easily. Since 1917, the minority has enjoyed the right to unlimited debate on legislation and nominations until the majority can amass a super-majority. In recent years, that has meant 60 votes.

In the end, Democratic Sens. Carl Levin of Michigan, Joe Manchin of West Virginia and Mark Pryor of Arkansas parted company with Reid on the switch.

Pryor, who faces a difficult re-election fight next year, said in a statement the Senate was "designed to protect _ not stamp out _ the voices of the minority."

Pryor also noted he had been among a bipartisan group of senators, the so-called Gang of 14, that produced a last-minute compromise nearly a decade ago when Republicans threatened a change in procedures to assure confirmation of several of Bush's stalled judicial nominees.

Sen. John McCain, R-Ariz., another veteran of the Gang of 14, said he had met with Reid on Wednesday urging him to reconsider. "I reached out until my arms ached," he said.