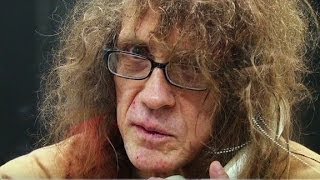 Killer: I was doing the will of God

SALT LAKE CITY — It was a case that some believe shattered part of the city's innocence.

"I think it was something that most people in Salt Lake just couldn't believe," said Salt Lake County deputy district attorney Bob Stott. "I think people almost felt like, 'Are we becoming like these big cities now? Are we having this kind of fear and this kind of violence?'

"I think it was a time when we just stopped and thought maybe life isn't as sweet or as secure as we thought it was."

On Aug. 20, 1980, David Martin, 18, and Ted Fields, 20, were shot and killed while jogging with two women in Liberty Park. The unknown assailant with a high-powered rifle sat in a vacant field, behind a hill, just outside the park boundaries.

The motive: Martin and Fields were black and the women were white.

Serial killer Joseph Paul Franklin, 63, the man convicted of murdering Martin and Fields, is scheduled to be executed by lethal injection in Missouri just after midnight on Wednesday morning.

Franklin, a drifter from Alabama, will be put to death for the 1977 sniper shooting of Gerald Gordon at a bar mitzvah at the Brith Sholom Kneseth Israel Congregation in suburban St. Louis. He was sentenced to death in 1997.

Although he was convicted of one murder in St. Louis, in a recent interview with CNN, Franklin admitted that he had killed about 22 people across the United States between the late 1970s and 1980. He has been given six life sentences, including two in Utah for the deaths of Martin and Fields. Franklin was also responsible for the 1978 shooting of Larry Flynt that left the Hustler magazine publisher permanently paralyzed.

Franklin's hate-filled, cross-country killing spree, which he claimed was done in an effort to start a race war, ended in what seemed at the time to be the most unlikely of places, Salt Lake City.

Retired Salt Lake police detective Don Bell was the lead investigator in the Franklin case. He said like many others in the city, he was shocked by the racially motivated shootings of the two black men.

"It was kind of a wake-up call," Bell said. "Wake up in that we can't just pretend we have this nice little idyllic place where we're residing. Bad things that take place in other areas actually take place here. I mean, if someone back in 1980 said if they were going to pick a place where a racial killer was going to come and target black people, I don't think Salt Lake City would have been at the top of the list."

It was kind of a wake-up call; wake up in that we can't just pretend we have this nice little idyllic place where we're residing. Bad things that take place in other areas actually take place here.

As police started to retrace Franklin's footsteps, they quickly learned he was a man filled with hate and rage.

"That rage pretty much controlled everything about his life — even his daily actions and judgments," said Stott, who was the lead prosecutor in the state case against Franklin. "He was a very angry, surly, uneducated guy who couldn't get along with people. He went through a string of defense attorneys because he just couldn't treat them right."

In the short time that Franklin was in Utah, Stott said investigators learned that he would ask motel employees if any black people had stayed in a room before deciding whether he would check in there. In at least one case, Stott said Franklin checked into a Salt Lake motel, then checked out a short time later and demanded his money back when he learned that a black person had previously slept in his bed.

At restaurants, Franklin would check to see what color the cooks and servers were before he'd sit down, Stott said.

During his trial, Franklin's defense attorneys learned that a man had been seen at Liberty Park the day before the shootings with a high-powered rifle. That man could have been a huge benefit for the defense by possibly raising doubts with the jury that police had arrested the right man.

"Franklin wouldn't allow them to call this guy because he was a black guy. And so the one guy who could have been a great witness for him, he wouldn't allow him to be called because it was a black person. I mean, talk about having something completely controlling your life," Stott said. "I think (it was) the ultimate example of this hatred, this rage just invading all of his decisions."

"I had a difficult time understanding, wrapping my mind around (the concept of) a guy willing to go out and kill people just because of what color skin they had," added Bell. "Here we have a guy who his motive, the best we could come up with at the time, was that he just hated black people." 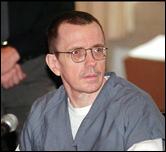 One of the big breaks in the investigation came from a prostitute who told a friend she believed she had been picked up by Franklin, Bell said. Franklin had told the woman he was a "hit man for the KKK," she said.

"The real key was she was able to put him in a motel room here, and from that motel room registration we fanned out across the valley and checked all the other motels and we ended up finding he was here for 10 days, including the night of the shooting. And then he just disappeared off the face of the Earth. And all his hotel receipts were phony names and phony car plates, so we couldn't figure out why he was doing that," Bell said.

Police finally found a motel owner who double-checked Franklin's registration with his car in the parking lot and wrote down his real license plate number. Based on that, detectives obtained a warrant for failing to pay an innkeeper and put it on a national police database, which ultimately resulted in his arrest in Kentucky.

Franklin was charged and convicted federally in Utah with a civil rights violation. After his federal case, he stood trail for the two murders in his state case.

Because of the work done in Utah, Stott believes it opened the door for all the other states to piece together their unsolved crimes.

A Utah jury unanimously found Franklin guilty of both murders. But Stott said when it came time for the jurors to vote on whether to impose the death penalty, there were three or four who voted no. Stott believes the reason for that was because the state's case was a "circumstantial evidence case," even though they were convinced of his guilt beyond a reasonable doubt.

"We never had a witness who saw him shoot. We never found a gun," he said.

Franklin was given two life sentences in Utah, but he did not serve any of his time here. He was taken back into federal custody after his state conviction in Utah, and shortly after was shipped to other states to begin a string of trials for his other crimes.

Martin's mother, now in her 70s, still lives in Utah. In July, she participated in a rally protesting the verdict in the case of George Zimmerman, who stood trial for the death of Trayvon Martin.

Bell said he's surprised that Franklin's case has taken so long. And he admits he's actually surprised Franklin had survived more than 30 years after his arrest.

"I truly believed he probably would have been killed in prison since he wasn't very well-respected or liked in any of the prisons he was in," he said.

Bell said that despite Franklin's claims that he changed his life in prison, he believes he's still the same person.

"I think Mr. Franklin is a huge con artist," Bell said. "I think that's all just a con. I think if he could get out tomorrow and get away with it ... I'm not sure how much has changed with him."