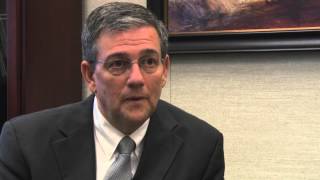 Editor's note: We previously reported that the missionary had died based on information from the Idaho police. He is in extremely critical condition.ROCKFORD, Idaho — An LDS missionary from California remained hospitalized on life support Wednesday with injuries he suffered in a car crash Tuesday.

He was not expected to survive, a church spokeswoman said.

Taylor Shane Ward, 19, of Vacaville, Calif., was a passenger in the car driven by his companion, John Floyd, 20, of Deep Run, N.C.

Ward was taken to Portneuf Medical Center, where police initially reported incorrectly Wednesday that he had died. Officers later corrected the information and confirmed that he was in critical condition.

As the two missionaries travelled along state Route 39 just before 6 p.m. Tuesday, Floyd failed to yield at a stop sign where the highway intersects with 100 South in Bingham County, Idaho police said.

Floyd's car was struck on the passenger side by a pickup driven by Joshua Morris, 23, of Blackfoot, Idaho, that was heading south.

Floyd was taken to Bingham Memorial Hospital, where he was treated for his injuries and released Wednesday morning. Morris was treated at the scene.

For the church and particularly for the families of these missionaries who have lost their lives, we know that the loss of even one missionary is far too many.

"For the church and particularly for the families of these missionaries who have lost their lives, we know that the loss of even one missionary is far too many," Elder Evans said. "To these remarkable families, we extend our love, our faith, our hope and our prayers. And we pray that peace and comfort will be yours during these times of sorrow."

Evans also expressed his gratitude that accidents or deaths among missionaries are rare, and missionary work is inherently safe. He shared data from the World Health Organization revealing the mortality rate for missionaries is lower than it is for others in the same age group.

WHO reports approximately 205 deaths per 100,000 population of young people. The mortality rate of missionaries is less than one-twentieth that amount.

"Nevertheless, no statistics can lessen the pain of a missionary's passing," the statement reads.

The deaths do not represent a trend, Elder Evans said, emphasizing that the church provides health and safety training to all missionaries, as well as repeated safety instructions for vehicle and bicycle use.

There are more than 77,000 missionaries, including 70,000 young missionaries, currently serving around the world. The number of missionaries serving represents a 38 percent increase since this time last year.

Family members were on their way to the hospital from California, said hospital spokeswoman Brenda Stanley. She confirmed that the missionary was on life support and in "very critical condition."

Ward had been serving in the Idaho Pocatello Mission since July.

"Every member of the church feels the loss of a missionary. We are deeply saddened, and share with his family, friends and fellow missionaries in their grief. We extend to them our love, our prayers and our deepest sympathy," said church spokeswoman Ruth Todd.