SALT LAKE CITY — Josh Romney said Wednesday he isn't ruling out following in his father Mitt's footsteps and running for office but for now will campaign again for GOP congressional candidate Mia Love.

Romney, one of two sons of the former Republican presidential nominee who live in Utah, also said the allegations surrounding Attorney John Swallow may be distracting to Utah voters.

"I think everybody on both sides of the aisle would like to see this resolved as quickly as possible, to really find out what happened and get through it and move past it — one way or the other," said Romney, a real estate developer.

He stopped short of calling for action by Swallow, who faces federal, state and local investigations into allegations that include he helped broker a deal for an indicted St. George businessman attempting to halt a federal investigation into his company.

"Any time there's some issues like that, it makes it hard and it takes the focus away from what we should be really be focusing on," Romney said. "It's unfortunate we're kind of getting sidetracked."

Josh Romney eagerly traded his business suit for jeans Friday afternoon and jumped alongside his five young children on a backyard trampoline.

Romney made time between stops around the country for his father to campaign last year for Love in her close race against Utah's only Democratic member of Congress, Rep. Jim Matheson. Love announced recently she's running again in 2014.

"I'm going to help Mia is every way I can, make sure people understand who she is and what she stands for, and work hard to get her elected," Romney said. "I certainly believe she can win, which is why I'm willing to help her."

Romney toyed with running against Matheson in 2008 and later for lieutenant governor on a ticket with Kirk Jowers, head of the University of Utah's Hinckley Institute of Politics, but has yet to make a bid for elected office.

"I'm not ruling anything in or out," he said, describing himself as focused on his business and young family. "But obviously, having spent the last couple of years on the political trail, it's hard to give all that up."

Romney said he plans to continue to play a role in Utah politics.

"I haven't made any decisions on anything like that," Romney said. "I'm just really focused on my family and work right now and not looking at any particular office," including the seat held by Sen. Mike Lee, R-Utah. Lee is up for re-election in 2016. 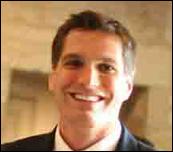 Soon-to-be governor Gary Herbert is still deciding who to pick as his lieutenant governor and running mate for 2010. Some political circles are mentioning Mitt Romney's son, Josh Romney, as a potential pick.

"His father was known. His grandfather (former presidential candidate George Romney) was known. But Josh Romney is not known," Chambless said. "That's why I expect him to have more of a visible role with Mia Love's campaign."

Still, Chambless said, he expects to see Josh Romney throw his hat in the ring in the next few years.

Romney said he plans to attend the private retreat his father is hosting in Deer Valley on Thursday and Friday, featuring a bipartisan group political, business and academic leaders.

"This is not politics," Romney said. "He wants to create real dialogue, really talk through the issues, get both sides on those issues and really find some areas where we can find common ground and move forward as a country."

Among the speakers at the retreat, called "Experts and Enthusiasts," will be three possible candidates for the GOP presidential nomination in 2016 — New Jersey Gov. Chris Christie, Kentucky Sen. Rand Paul and Wisconsin Rep. Paul Ryan.

"There are a lot of things my dad would do differently. But the reality is he's not president so we kind of accept it as it is and try to move on," Josh Romney said. "There's obviously a little frustration."