SALT LAKE CITY — The actions of a South Salt Lake police officer who shot and killed a woman believed to be the "principal perpetrator" in a number of armed robberies were legally justified, an investigation concluded.

Detective Joe Sutera was working on the Joint Criminal Apprehension Team on Jan. 9, when he shot and killed Kelly Simons in Salt Lake City. Sutera, who shot Simons while she tried to flee from police, "had a reasonable basis to believe that deadly force was necessary to defeat Simons' escape from arrest," and was justified in his use of deadly force, said Salt Lake County District Attorney Sim Gill.

"Similarly, Sutera had probable cause to believe that Simons posed a threat of death or serious bodily injuries to others if her apprehension was delayed," Gill wrote in a letter clearing the detective.

Simons was believed to be half of a duo responsible for a series of armed robberies in Salt Lake City. On Jan. 5, Scaddy's restaurant at 5430 S. 900 East in Murray was robbed at gunpoint and a Murray police officer who tried to stop someone near the robbery matching the description of the suspect became involved in a chase. 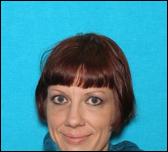 Sandra Chotia-Thompson, 40, believed by investigators to be half of the female duo responsible for more than a half-dozen robberies in Salt Lake County, as well as being involved in a shootout with a Murray police officer, was charged with one count of aggravated robbery Thursday in 3rd District Court.

After repeated commands to drop the weapon, Malouf fired and said he was fired upon. No one was injured and the suspect and a woman fled on foot.

Soon after, JCAT became involved in the search for the suspects. Sutera was part of a briefing on the incident and was told that Simons and Sandra Chotia-Thompson were suspects.

On Jan. 9, Sutera and officer Darren Carr overheard their superior officer on the radio reporting that Simons' vehicle was on the move and they responded to assist.

Sutera and Carr drove to 1000 South and 900 East where they drove by the suspect vehicle, a Mazda truck, checked its plates and confirmed that it was the one believed to be driven by Simons, Gill wrote. They positioned themselves in an area where they could watch the truck.

The plan was for officers to wait until the Mazda moved, then to confirm the occupant as the suspect, allow the Mazda to distance itself from the house and then to stop the Mazda and apprehend the suspect, Gill wrote.

"During the subsequent investigation of the incident, Sutera expressed that he was concerned about how the incident would unfold," Gill wrote. "Based on the information he received about the subjects, Sutera did not feel these suspects were ready to give up considering the number of robberies they were suspected of being involved in and the latest incident with Murray police where gunfire was exchanged with an officer as they fled."

Soon, Simons got into the vehicle and drove toward Sutera when he heard "an impact" and realized that his supervising officer had hit the truck.

During the subsequent investigation of the incident, Sutera expressed that he was concerned about how the incident would unfold.

"(Sutera) yelled at Simons to stop or he would shoot while he had his firearm drawn on her," Gill wrote. "He saw the reverse lights of the Mazda go on, heard the Mazda tires squeal and the vehicle accelerated at a high rate of speed."

Sutera moved to the side of the vehicle and said he fired four rounds that likely went through the front and back of the truck. The vehicle continued to reverse until it crashed into a parked car nearby.

Simons' body was found in the driver seat of the vehicle and an autopsy showed that she had been hit twice, in the head and torso.

The supervisor corroborated Sutera's narrative. Carr "generally corroborated" the incident and he remembered Sutera identifying himself and telling Simons to stop, Gill wrote.

Six shell casings were recovered from the scene. All were consistent with Sutera's weapon. There were six bullet strikes to the truck.

Sutera had been told that Simons had been involved in a number of armed robberies in which she threatened others and he knew she was believed to have fired at an officer recently. Gill said that made Sutera believe it was likely the woman was armed on Jan. 9 and posed a potential threat.

"Sutera was legally justified in using deadly force against Kelly Simons … by virtue of his belief of Simons' previous felony use of deadly force and her evident unwillingness to submit to arrest," Gill wrote.

Chotia-Thompson was arrested around 10:30 p.m. on Jan. 9 after she allegedly tried to rob The Grocery Store, 1224 S. 400 East. Police reached the woman on her cellphone and convinced her to turn herself in.

She was charged with one count of aggravated robbery, a first-degree felony, in 3rd District Court.