PROVO — A pharmacology/toxicology expert testified Tuesday that there was little chance that Michele MacNeill would have been alert with the dangerous quadruple combination of prescription medications found in her system at the time of her death.

"You have a tank that's nearly 3/4 full, 7/8 full, and you drop (Zolpidem) in, it's very surprising anyone could maintain a level of alertness with that in their system," Dr. Gary Dawson said Tuesday. "That would be the fourth piece that dropped in on the top brick."

But what may have been most surprising, he said, was that she had such a high level of the potent sleeping drug, typically sold under the brand name Ambien, in her system at midday.

That level would suggest there was still a substantial amount of drug present, more so than one would expect.

"That level would suggest there was still a substantial amount of drug present, more so than one would expect," Dawson said.

If MacNeill had taken the sleeping agent the night before at the customary bed time, there shouldn't have been any left in her system by the time her body was found, he said. A more likely scenario was the drug was administered within two hours of when she was found.

Dawson's testimony was among several medical experts and co-workers who took the witness stand Tuesday, the fourth day of the preliminary hearing for a Pleasant Grove doctor accused of giving his wife a dangerous cocktail of prescription medications.

Martin MacNeill, 56, is charged with murder and obstructing justice in 4th District Court in connection with the April 2007 death of his wife, 50-year-old Michele MacNeill. Her body was found in a bathtub.

The hearing is scheduled to last through Wednesday, but the judge has indicated that he will add another day if necessary. Judge Samuel McVey will then determine if there is enough evidence to order MacNeill to stand trial. Many people have testified against MacNeill during the first three days of his preliminary hearing, including a daughter. But the evidence has been circumstantial. 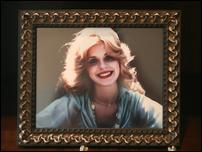 On Oct. 3, Dr. Scott Thompson testified that Martin MacNeill seemed like a "protective" husband who described his wife as an anxious person with a low pain tolerance, prompting him to request stronger medications than Thompson normally prescribed.

Dawson, who has 35 years of pharmacology experience, said the drugs found during the post-mortem toxicology analysis of Michele MacNeill showed there were four powerful prescription medications in her system — Valium, oxycodone, Phenergan and Ambien.

"You can't single out one drug and say that's probable or possible. It's the combination," Dawson said.

He noted that Michele was "drug naive," or had no extensive prior exposure to these narcotics, so they would likely have a greater effect on her than others who regularly used the drugs.

The defense team of Susanne Gustin and Randy Spencer, however, tried to raise doubt during cross-examination, noting that the actual levels of each individual drug found in Michele MacNeill's system would not likely have caused her death. They also brought up other conditions that may have played a contributing role.

Steven Mickelson, currently the director of nursing for the Utah County Health Department, worked with Martin MacNeill for about seven years when Mickelson was a nurse practitioner. MacNeill was his superior.

On the day Michele MacNeill's body was found in a tub, he said he received a call that something was wrong at the MacNeill house and he needed to go there immediately.

He saw Michele MacNeill lying on the bedroom floor. Several EMTs were performing CPR. Mickelson said he also noticed a gash over one of Michele's eyes.

Steven Mickelson described Martin MacNeil's demeanor as, "A little bit distraught, quite animated." What he thought was odd, was that the bathtub where he had allegedly found his wife "face down the wrong way," was already drained.

He described Martin's demeanor as, "A little bit distraught, quite animated." What he thought was odd, was that the bathtub where he had allegedly found his wife "face down the wrong way," was already drained.

"I'm not sure why it was empty, it just seemed a little odd," Mickelson said, noting that he would have thought performing CPR would be a higher priority than draining the tub.

When Mickelson asked MacNeill a couple of days later what had happened, he told him, "Maybe she had fallen into the tub, hit her head and drowned, or something around those lines."

Mickelson said he also noticed that when MacNeill returned to work after his wife's death, he was wearing a different ring where he used to wear his wedding band. The new ring, which looked like a type of wedding band, was black, he said. MacNeill's normal wedding band was gold.

On Wednesday, Gypsy Gillian Willis, 35, is expected to take the witness stand. Prosecutors say MacNeill was having an affair with Willis in the weeks leading up to his wife's death. After the death, Martin MacNeill announced that Willis was going to become the new nanny for his children. He later announced their plans to marry, according to his daughter Alexis Somers.

Willis was convicted last year of identity fraud after she and MacNeill tried to steal the identity of MacNeill's 16-year-old daughter.