SALT LAKE CITY — The man accused of holding a hostage at knifepoint inside the building that houses the FBI's Utah headquarters was looking for a forensic psychiatrist, prosecutors say.

Investigators are now wondering if the actions of Robert Joseph Hibbard, 41, are connected to the death of his ex-wife a year ago. Hibbard apparently believed his ex-wife's new husband should have been charged with murder.

Rashell Langford, 33, died on Sept. 5, 2011, at her Bluffdale home after she and her husband, Shawn Langford, apparently made a suicide pact.

The Bluffdale couple was high on bath salts and under the influence of alcohol when Shawn Langford handed his wife a rifle and she shot and killed herself. The blast, however, apparently startled the man to the point that he didn't go through with his intended suicide.

Hibbard, Rashell Langford's ex-husband, walked into the 257 Tower office building, 257 E. 200 South, on Monday and went to the sixth floor, where he was spotted by Peter Sugarman, 61.

"Sugarman realized that Hibbard was agitated and did not belong in the building," according to charges filed in 3rd District Court. 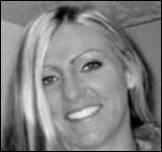 When Shawn Langford handed a rifle to his wife just over a year ago, she shot and killed herself. Prosecutors subsequently charged him with negligent homicide.

Sugarman asked Hibbard to leave. That's when Hibbard "grabbed Sugarman from behind and placed an object to his back," the charges state. Hibbard told him it was a gun, although police later found only a knife.

Prosecutors say Hibbard then placed Sugarman in a headlock and told him, "This is a hostage situation." He then said he needed a forensic psychiatrist and forced Sugarman into the elevator and to the 12th floor, where the FBI offices are located.

"When they arrived at the FBI's floor, Hibbard loosened his grip on Sugarman and handed him a knife that he was holding to his back," the charges state. Hibbard was then taken into custody by an FBI agent without further incident.

Hibbard later told police he was "panicked" when he went into the FBI building. He was charged Wednesday with aggravated kidnapping, a first-degree felony.

But this week wasn't the first time Salt Lake County District Attorney Sim Gill has dealt with Hibbard. A month ago, Gill said he agreed to meet with Hibbard after Hibbard repeatedly called his office. He talked to him for about two hours, answering numerous questions he had about his ex-wife's case.

"He had certainly been agitated with people in my office," Gill said. "He was concerned whether the prosecution was being pursued diligently."

Gill said Hibbard felt that Shawn Langford should have been charged with murder.

"We had a very frank discussion," Gill said.

I certainly have reason to believe that the things he was communicating to us ... precipitated his desire to see the FBI.

The district attorney said he explained that the case did not meet the standard for murder. By the time Hibbard left his office, he said Hibbard apologized for calling numerous other times over the past few months and for being agitated. But Gill also noted that Hibbard had still called his office after that meeting.

Hibbard's episode in the FBI building certainly could be connected to his feelings regarding the Langford case, Gill said.

"I certainly have reason to believe that the things he was communicating to us — he was not happy with different law enforcement agencies — precipitated his desire to see the FBI," he said.

Hibbard was being held Wednesday in the Salt Lake County Jail Wednesday on $1 million bail.

According to Utah court records, he was found guilty of two counts of misdemeanor forcible sexual abuse in 2002. One of the charges was reduced from a first-degree felony to a class A misdemeanor. He was sentenced to two years in jail. In 2006, he was convicted of simple assault and intoxication, according to court records, both misdemeanors.