PLEASANT GROVE — Alexis Somers said the past six years have been like "living in the twilight zone."

She's been fighting every day to keep the memory of her deceased mother, Michele MacNeill, in the public eye. Constant contact with police, investigators and the media, she believes, helped to encourage prosecutors to reopen the case more than a year after her mother was found dead in the bathtub of her home in 2007.

Friday, her father, Martin Joseph MacNeill, was charged with his wife's murder — the ending Somers said she knew all along.

"I knew from the day my mom died that my father killed her," she said. "No one believed us. She was taken from us and no one cared. Our family has been fighting for this for so long. It is so emotional for us."

MacNeill, 56, is accused of over-medicating his wife and administering a "dangerous combination" of drugs and drowning her in the bathtub of their home, according to documents filed in Utah County's 4th District Court Friday.

He had worked as a doctor and had a law degree, both of which police believe he used "to commit the murder and frustrate the investigation in an attempt to cover it up," the court documents state. It was also evident to prosecutors that in the months before and after Michele MacNeill's Aprill 11, 2007 death, MacNeill "had a strong motive to kill his wife."

I knew from the day my mom died that my father killed her. No one believed us. She was taken from us and no one cared.

Details regarding at least two extramarital affairs emerged in the days and months following the funeral and MacNeill is believed to have "scripted" portions of his life thereafter, according to Somers, his third-oldest daughter, who also became a doctor.

"I loved my father. I wanted to be like him," she said. "To find out everything has been a lie has been just horrifying." Somers, 29, said she really believed her father loved his children and their mother, but she knew he was "capable of a lot of bad things."

In the weeks before her death, MacNeill's wife and daughters had become "increasingly suspicious and aware of "an affair he was having with a woman named Gypsy Willis," the charges state.

"Gypsy's former roommate indicates Gypsy made statements about killing Michele and even discussed specific methods of making it look like an accident," the charges state. Shortly after Michele MacNeill died, Willis moved into the family home under the guise that she was the children's nanny.

Both MacNeill and Willis were later convicted of fraud-related crimes in federal and state court. MacNeill, a former clinical director of the Utah State Developmental Center, was released from a Texas federal prison July 6 after serving a three-year sentence for fraud, forgery and identity theft.

MacNeill's daughters and other family members had expressed concerns for their safety when he was released and he returned to his Pleasant Grove home. The Deseret News first reported about the investigation in an in-depth report published in December of 2010.

MacNeill was arrested and charged with murder Friday and booked into the Utah County Jail. In addition to first-degree felony murder, he is also charged with obstructing justice, a second-degree felony. He was being held in lieu of a $1 million cash-only bail.

"This is the first day he's in prison because he killed my mom," Somers said, fighting back tears. "He's not been held accountable for that until now." She doubted this day would ever come, but never stopped fighting and praying. 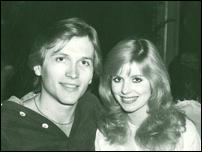 The mysterious death of a Pleasant Grove woman in her bathtub over three years ago will soon be getting national attention on the ABC news program "20/20."

"I don't have anything to say to my father," she said. "I was murdered that day, too. My whole life changed that day. (My mother) was my whole life."

The MacNeills had three daughters and a son and had adopted four children from Ukraine. Somers said her mother's greatest love was being with her family.

"She has left behind a lot of love," Somers said. "No one has anything bad to say about her."

The MacNeill's only son committed suicide in January 2010 by overdosing on prescription drugs. Somers said at the time, he was just coming to the realization that their father could be involved in their mother's death. She later fought and won custody of the three youngest children, now 19, 18 and 11, after their father threatened to give them away. She said she knew her mother would want them to stay together.

MacNeill also had an affair with another woman for several months about two years before his wife's death, according to prosecutors. She told her psychiatrist she was having an affair with a "serial killer," an affidavit states. She said MacNeill told her he'd tried to kill his mother when he was young, but his sister called 911 and medical personnel revived her. He also said he'd killed his brother in a bathtub, told the woman he wanted to kill a daughter and offered to kill the woman's husband "to relieve her of an abusive relationship," an arrest warrant states.

MacNeill told the woman he had written an article in the Journal of American Medical Association titled, "It's Over, Debbie." The article was written by a doctor promoting "mercy killing," who euthanized a patient with an overdose of a sedative pain killer but was never held accountable, according to court documents.

"The defendant said he, too, had killed and discussed ways in which he could take another's life without being caught," prosecutors wrote in the charging documents filed Friday.

"Martin's statements of being able to get away with murder and his explanation of drowning his brother in a bathtub, whether true or not, show significant consistencies between the defendant's state of mind and the circumstances of Michele's death."

Somers said her father was likely plotting in jail, but she believes he is also scared of what is to come. She doesn't like to waste her time thinking about him, however.

The defendant said he, too, had killed and discussed ways in which he could take another's life without being caught.

"The father I knew never existed," she said. Somers said she has focused on the memory of her mother.

Michele MacNeill had plastic surgery eight days before she died. Her husband "used the surgery and recovery period to obtain the necessary drugs and set in motion the circumstances to intentionally or knowingly cause Michele's death and conceal his involvement," court documents state.

Prosecutors say MacNeill selected a plastic surgeon new to Utah and pushed his wife to get a facelift, even though she was hesitant. He then allegedly administered Valium, Percocet, Phenergan and Ambien. Prosecutors say that combination would have left her unable to walk or respond to threats to her safety. "Moreover, the combined effects of these drugs had a potentially lethal effect," the charges state.

The plastic surgeon said he didn't normally prescribe such drugs, but trusted MacNeill, a fellow doctor. He said he also instructed the MacNeills the drugs should only be used if needed and not together.

Two days after the surgery, Michele MacNeill told her daughter Alexis: "If anything happens to me, make sure it wasn't your dad" and then cried, charges state. She was found dead in the bathtub 24 hours after her daughter left town to go back to medical school.

Prosecutors say they filed the obstruction charge because MacNeill allegedly removed his wife's pants, lied to a 911 operator about performing CPR, drained the tub where his wife was found, and lied about the position of her body to the medical examiner and others. The day of the death, MacNeill also convinced his son's girlfriend to throw away the remaining drugs that had been prescribed to his wife, the charges state.

"Moreover, Martin's misrepresentations and staging of the scene created the appearance Michele's death was an accident," prosecutors wrote.

Linda Cluff, Michele MacNeill's sister, suspected foul play in her sister's death. She went to Pleasant Grove police about her suspicions, but got little help. Eventually the Utah County Attorney's Office began investigating after she sent multiple letters and emails to police and government officials.

When Cluff found out Friday that her brother-in-law had been arrested, she said she just wanted to scream.

"I can't believe it," Cluff said. "I don't know how to describe it — relief, excitement. It's just an overwhelming joy. I'm just glad we kept fighting for this."

She said after she got off the phone with investigators, she immediately called her sister, Susan.

"We were both crying and hysterical," Cluff said. "They were tears of joy and relief."