Drought starting to get stranglehold on Utah

SALT LAKE CITY — A new report on Utah's climate shows how desperately dry the state is — with reservoir storage in rapid decline, many streams and rivers reduced to a trickle and forage production in all areas rated as extremely poor.

Rangeland management specialists with the U.S. Natural Resources Conservation Service are warning that even high-elevation areas have fallen victim to drought stress and "substantial" impacts loom this fall when livestock herds are slated to return to winter ranges. 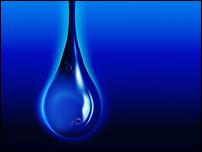 Want to know more about Utah's current water condition? Click the link above to read the report in its entirety.

"I was already concerned prior to my visit" to a Carbon County ranch on June 20, wrote Jeff Fenton, with the NRCS' offices based in Price. "I was unable to conduct forage inventory because practically all the grasses were dried and blown throughout the ranch."

Utah Commissioner of Agriculture and Food Leonard Blackham said an estimated 20,000 head of livestock have had ranges burned due to an unprecedented string of wildfires that have plagued the state since June. Drought is compounding the situation, with range conditions dry and unproductive.

"As producers contemplate coming off their summer (grazing) allotments early, they are faced with the question of how to feed livestock on fall and winter ranges that do not have sufficient forage," observed Travis Thomason, an NRCS area conservationist in Richfield.

The dismally dry conditions are being aggravated by low supplies of hay and high demand, driving prices to such an escalation that the option of feeding hay to compensate for unproductive winter ranges may not be possible.

Some areas of the state have gone 30, even 60 to 80 days without measurable rain. As as a result, Utah's watersheds are getting drier and drier, the report warns. At stream gauges in 27 locations throughout the state, stream flows in creeks and rivers are flowing below 10 percent of normal, or what is average.

Soil moisture, too is the lowest its ever been historically recorded for July 1.

hroughout the Southwest, states that have faced years of drought are addressing the possibility of a water crisis, and they are focusing their efforts on averting such a crisis.

Across the state, reservoir storage is declining quickly and is averaging 78 percent of capacity, down 10 percent from last month. The wet winter and spring of 2010-2011 is helping out those who have reservoir storage — ensuring there will be an adequate water supply — but those who rely on direct stream flows can count on shortages for the remainder of the summer and fall.

The west-wide drought conditions are causing feed shortages in neighboring states like Colorado as well, where pastures have dried up and rangeland is inadequate to support livestock herds.

Some ranchers are being forced to sell off their animals, but Randy Parker, the Utah Farm Bureau's chief executive officer, said the very drastic result is the relinquishment of a genetic line that's been developed — sometimes over generations.

"It's something that has taken years if not generations to build on that is just gone," Parker said.