OGDEN — Investigators say they found child pornography, anti-government documents and instructions on bomb making during a search of the home of the man accused of shooting six police officers, killing one.

In January, Stewart is accused of opening fire on members of the Weber-Morgan Narcotics Strike Force as they attempted to serve a search warrant. Ogden police officer Jared Francom was killed in the firefight.

According to a search warrant served on Stewart's home, 3268 Jackson Ave., after the shooting melee, Stewart's girlfriend told police he was "very much into World of Warcraft (computer game), 911 conspiracy theories (where Stewart believes that the U.S. government is responsible for the 9/11 attacks), 2012 end of the world theories, and that he also believes that the U.S. Constitution does not provide the federal government the right to collect taxes."

Stewart's girlfriend said he hadn't paid state or federal income taxes since 2005, during which time he worked as a security guard for the IRS' Ogden office. 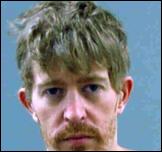 A judge has finally settled the matter of who will represent a man charged with killing a police officer.

If authorities ever forced Stewart to pay his taxes, "he knew how to 'get into' the IRS, and that once inside, he would 'kill IRS employees,'" the girlfriend told investigators.

A map of the IRS building was found in Stewart's home with highlighted routes of entrances and exits.

Earlier, it was revealed in other court documents that Stewart had said he would "go out in a blaze of glory" if police tried to interfere with his marijuana growing operation in his basement.

The girlfriend also told police that Stewart was "consistently on his computer" and liked to research anti- U.S. government websites, according to the search warrant. He said he felt Oklahoma City federal building bomber Timothy McVeigh was "misunderstood," according to court records.

Detectives also found "explosive materials and what appeared to be the makings of a bomb" in the linen closet of Stewart's house, according to court records. Police say he ordered bomb making materials over the Internet.

In addition, a search of one of Stewart's computers revealed, "multiple images consistent with child pornography," according to the search warrant.

But Stewart's father, Michael Stewart, said Friday he believed the warrant is just a distraction.

Now they're doing everything they can do to discredit Matthew. What has that got to do with the real issue of what happened in the first place?

As for the claims made by the former girlfriend, Michael Stewart said, "She’s wacko, you need to investigate her."

“I think there was something wrong there, and if you were to look into it, her character is less than desirable. She sounds like a real scorned woman about something," he said.

The computer with the alleged child pornography wasn't even his son's, Stewart said. Other people had been living in Matthew Stewart's house and his father claims the computer belonged to someone else.

As of Friday, Stewart had not been charged with any counts related to the possible child pornography. One of Stewart's attorneys has filed a number of motions in the case, prompting Weber County Attorney Dee Smith to hold a news conference in February to say he was tired of the "shenanigans" and "games" being played by the defense.

If Matthew Stewart is convicted, prosecutors have said they intend to seek the death penalty.